What better way to spend a grey, dreary, drizzly Thursday winter’s afternoon in Zagreb, than at the offices of a company who have a product in their portfolio derived from the word “Good Mood”.

Goo Moo (“Good Mood” abbreviated) wall stickers are just one of the many brainchilds of Croatia’s hippest young design company Studio VIL*e. After meeting the team behind VIL*e – Vlatka Blaksic, Ivona Vuletic and Lana Hudina – I had to ask about the name. They informed me that their initials formed the name, but it left me wondering about the ‘e’ – then right on cue, Lana’s adorable cocker spaniel Ellie, who is clearly the office “boss”, comes bouncing into the room. 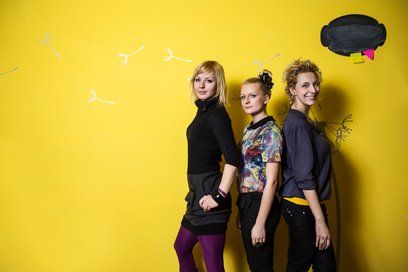 Vlatka, Ivona and Lana first got together as team whilst studying at the School of Design at Zagreb’s University of Architecture. After entering and coming second in a design competition at University, the three girls have been inseparable ever since, forming Studio VIL*e just over two years ago.

The girls are known in Croatia as the “Girls with Matches”, a reference to Hans Christian Andersen’s famous fairytale because of their flagship product – handmade designer matches.

When the Croatian Design Society (HDD) held a Christmas themed design exhibition, Vlatka, Ivona and Lana designed a box of matches in the shape of a Christmas tree which instantly became a hit, selling out and forcing the girls to come up with other funky designs such as the Valentines Day themed heart-shaped box of matches. The handmade designer matches have been a big hit locally in Croatia, but also internationally, recently the girls designed the aptly named “Paris Matches” – a box of matches in the shape of the Eiffel Tower for a French client. 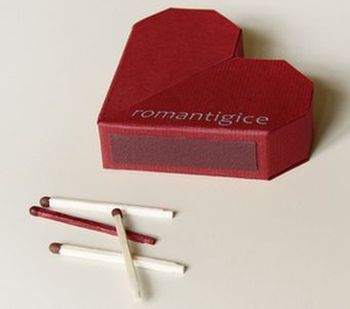 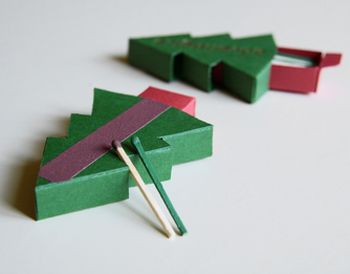 After showing me through their portfolio of products, which included such products as love themed his and her interlocking coffee mugs complete with puzzles, the Japanese inspired food tray, and the Croatian inspired Grandmother’s Chest, it is clear that the young designers are heavily influenced by heritage and tradition, whilst giving it a unique, modern touch.

His and Her’s Love Mugs

This philosophy could not be better exemplified than by their range of beautiful, unique lace tiles. Lacemaking in Croatia is a tradition dating back centuries, and Croatia has become notable for its unique patterns and designs, with UNESCO even recognising it as an Intangible Cultural Heritage of Humanity in 2009. The girls have taken the unique patterns and motifs of the three centres of lacemaking tradition in Croatia today, the Adriatic islands of Pag and Hvar, and the northern town of Lepoglava, and printed them on tiles which can either be used as a trivet or placed on the wall.

Sticking with tradition and heritage, the girls have also bought back to life the old Grandmother’s chest, famous in Croatia for storing anything and everything. Their design won a regional competition where the first prize included a prototype of their product being made. Lana says they are still waiting for it to be produced, which leads onto to them explaining to me some of the challenges they face in their business.

The girls say that finding producers for their designs can be difficult. A classic example of this is highlighted when we get chatting about their beautifully designed classic plywood rocking horse for kids. Until now only one has ever been produced, despite huge demand it has received after featuring on Croatian television and in print media, because as Ivona informs me, finding a producer is proving almost impossible. Vlatka says that not being able to find a producer is not for the lack of trying, as they have tried around the globe – from Italy to Germany to Asia. They say that most producers can not meet requirements because of the lack of technology with the tricky plywood curves. If there are any producers out there capable of producing it, the girls would love to hear from them.

The girls currently have some exciting new design projects in the pipeline, including one that may take them global. In the meantime they are kept very busy designing their Goo Moo wall stickers, getting loads of requests they say from young couples and businesses all over Croatia to bring some “good mood” and colour to their living or office spaces. Currently Studio VIL*e products are sold at design shops in Croatia, Slovenia and Bosnia, and also online at takemehome’s web store

The talented, vibrant trio of designers have a simple philosophy – to design products that are unique, accessible, practical and above all make people happy – and it is working.