There is a big Croatian community in the United States with many notable achievements among them. One of them is Los Angeles-based Croatian Meri Abbado.

Meri, who was born in Split on Croatia’s Dalmatian coast and has been living in Los Angeles for almost 30 years now, has achieved fantastic success in the sport of bodybuilding.

This year, the personal trainer and IFBB Bikini Pro Masters athlete competed in five prestigious bodybuilding competitions across the USA and won 10 gold medals, placing her as the best IFBB Masters Bikini athlete in the world. 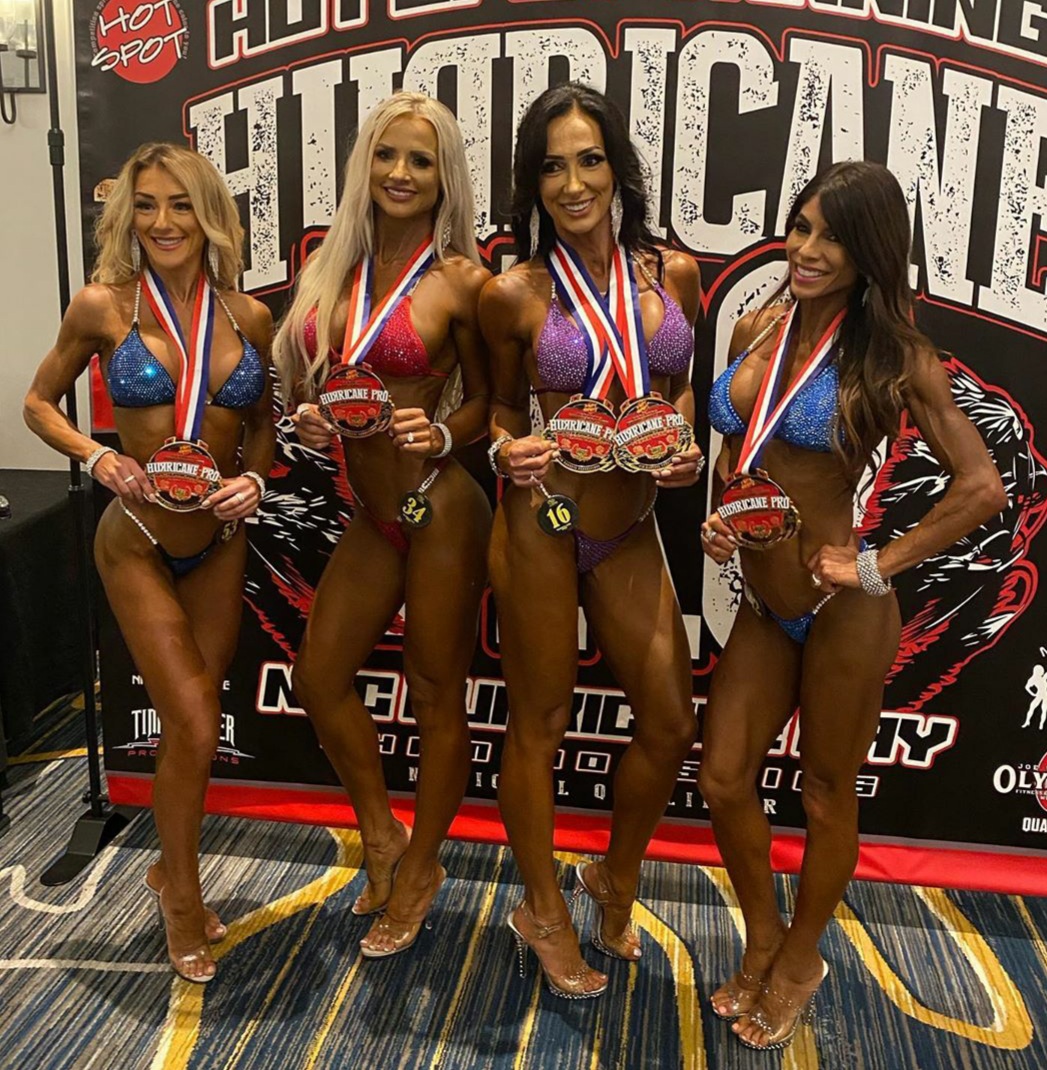 We caught up with Meri to find out more about her success.

You are originally from Split, how did you end up in Los Angeles?

I grew up in Split and lived there until I left for Zagreb to study. This is where I met my husband. After we got married, we lived in Paris and Luxembourg where our firstborn son was born, and then eight months later we moved to Los Angeles. My ex-husband was a US citizen and he wanted us to raise our family in the USA.

How did you first get into bodybuilding?

A few months after my hysterectomy in 2011, I began working out 2-3 times a week. I was 43 years old at the time and was never athletic prior to that. After my surgery, I wanted to speed up my recovery and felt the need to get stronger and get back in shape. I liked working out, so I decided to open a fitness Facebook page to share video workouts with my friends, who kept asking me about exercises and my diet. After a couple of years, the Facebook page became very popular with women asking me for advice about fitness. That prompted me to take a four-month course to become a personal trainer, which completely changed my life. I started having clients and continued working-out, but that was more recreational than serious bodybuilding. 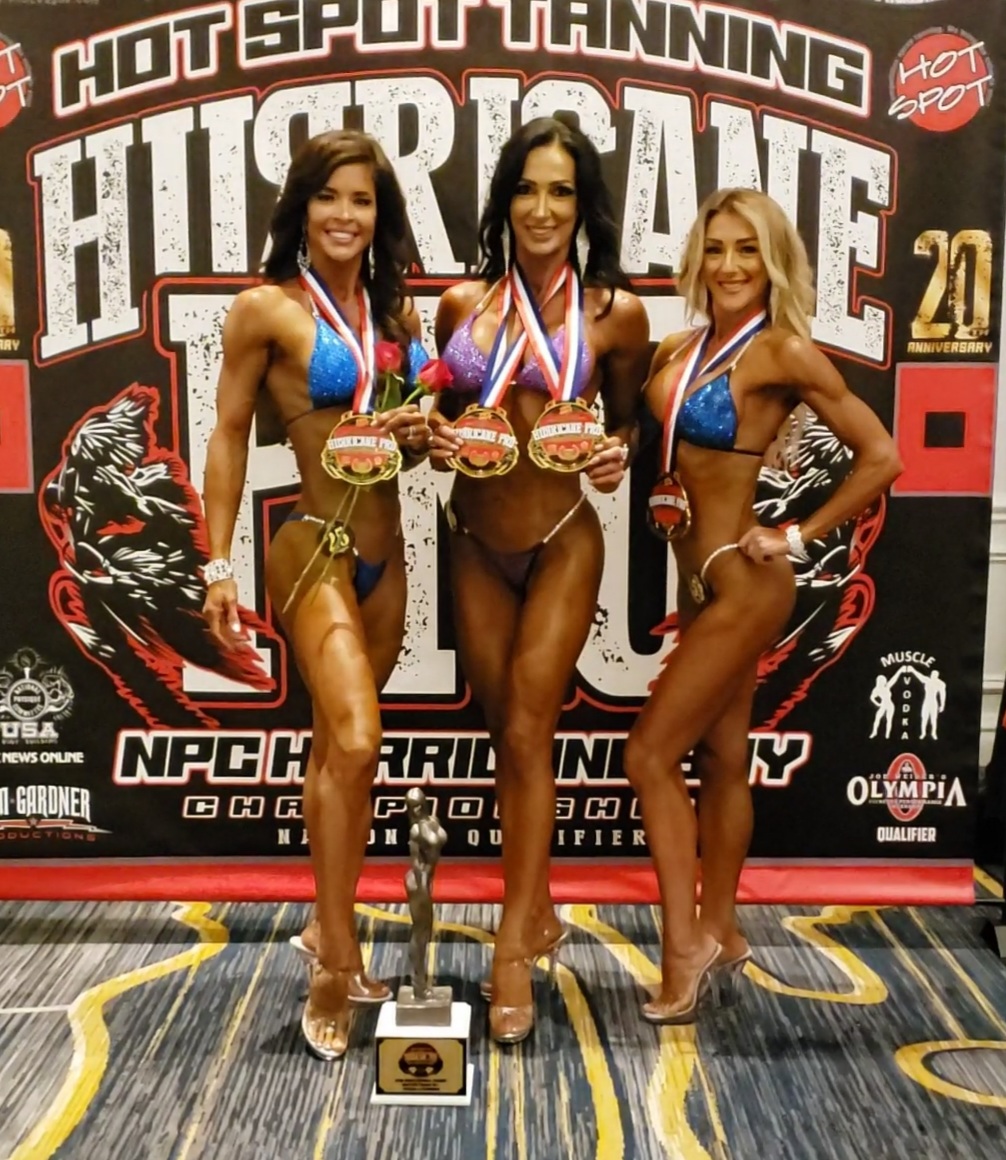 When did you first start getting into competitions?

One day, while I was searching for something on-line, I saw a video of a Bikini bodybuilding competition and thought that that would be something fun to do. Also, I needed the motivation to stay on track with my own workouts and prepping for a competition was a great way to do that. I knew nothing about bodybuilding competitions and didn’t have a coach. I gathered all information about it on-line; diet, training and anything else needed to compete. Three months later I entered a local competition, which turned out to be one of the major NPC/IFBB bodybuilding shows. After that, I was hooked and wanted to do more. 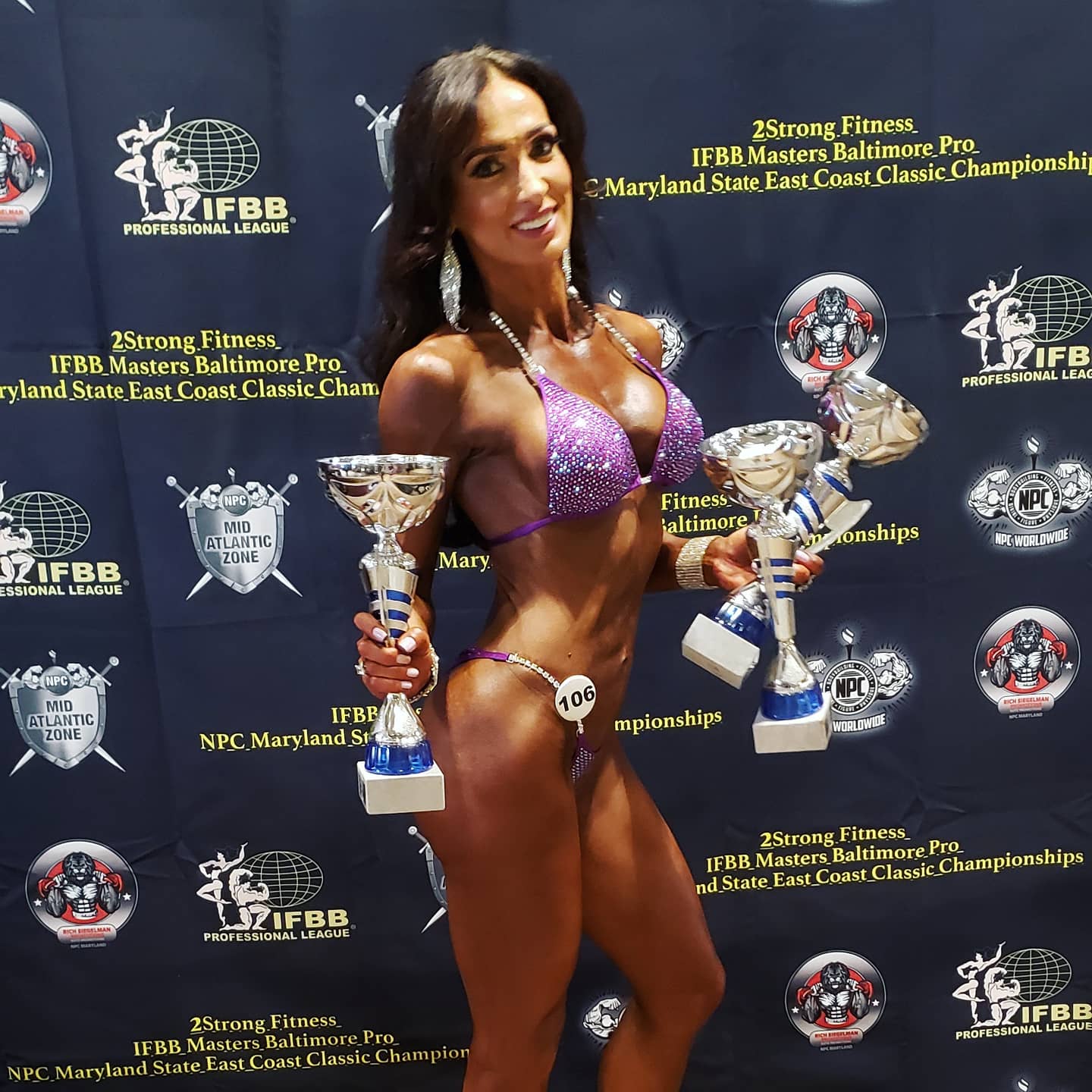 I started competing in NPC (amateur) league in July 2016 and one year later in July 2017, after only a few shows, I earned my Pro Card at the Masters Nationals in Pittsburgh…which by itself was an amazing achievement. Since then I have been competing in IFBB (professional) league. This 2020 competition season has been the most successful one so far. I competed in the five major IFBB Masters Bikini shows and won 10 gold medals in different (35+, 40+, 45+ and 50+) classes. All the winnings and success of this season have propelled me in the place of the top Masters Bikini competitor in the world at this time. 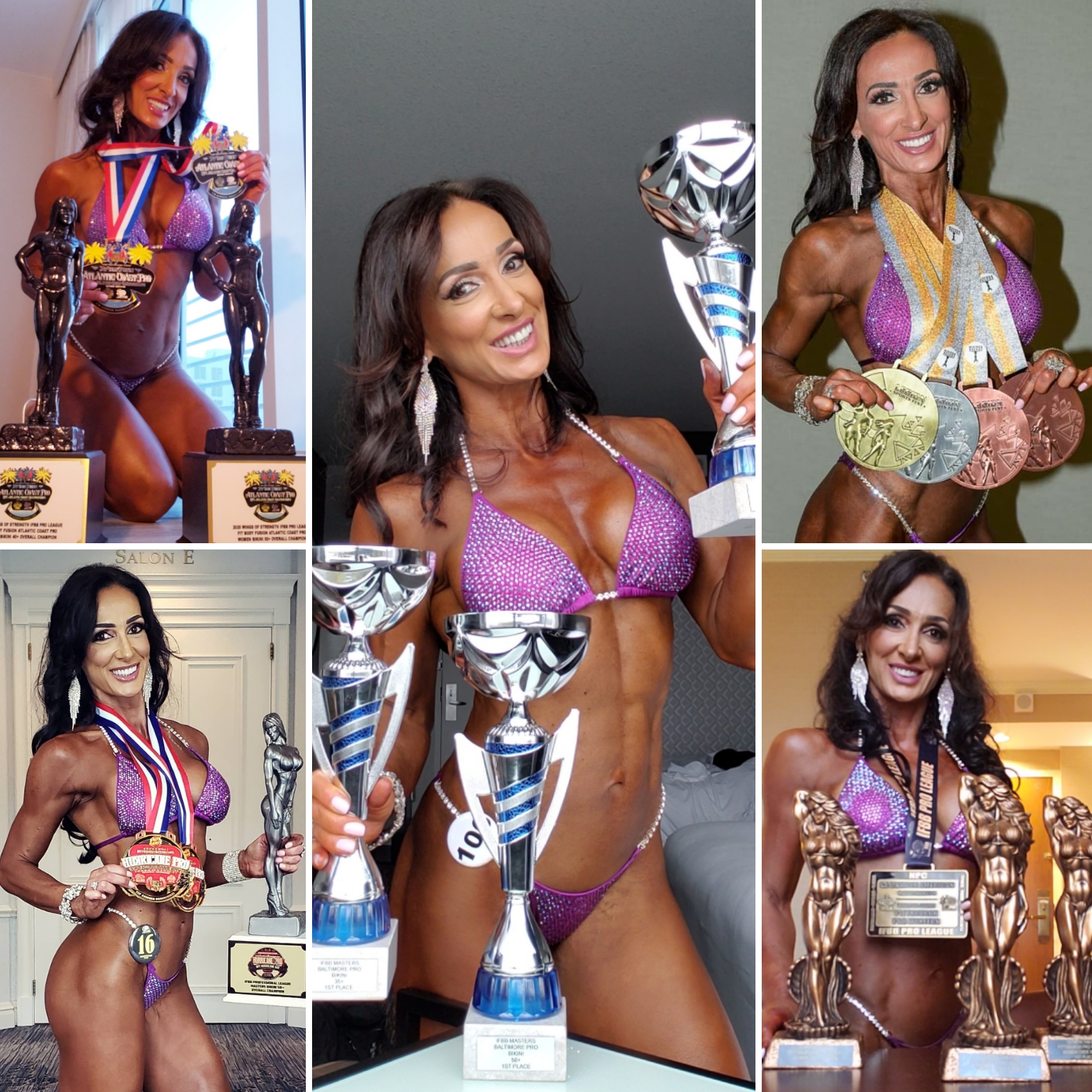 How often do you train?

I train six days a week.

Bodybuilding and training for a competition is an extreme sport. When you reach the professional level, your training and diet (preparing your food), takes up a majority of your day. Diet is extremely important for bodybuilders, especially during competition season.

I eat 6 times a day, which means that I must have my first meal not later than 7 am, otherwise I won’t be able to finish all my meals by 10 pm. Each meal consists of protein, carbohydrates, and good fats. I consume about 2,500 calories a day. Bodybuilders follow an extremely strict lifestyle, and everything is well organized and measured, from training, meals, resting period to sleep.

Anything else is scheduled around the bodybuilding routine. The biggest sacrifice is not being able to have a “normal’ social life and go out or eat in restaurants. It can really get tough during the holiday season, especially if you are competing around that time. I also can’t travel or go on vacation during competition season, which sometimes can last for 6-8 months.

Do you have any advice for anyone wanting to get into it?

Bodybuilding is not for the weak. It is an extreme sport that goes on all year round. You cannot stop or pause and then decide to pick up where you left when you feel like it. You must be disciplined and constantly work on yourself, day in and day out. At the same time, it is an amazing sport, one that will challenge you and push you beyond your limits. It is a sport that will not only build your body but your character as well.

Bodybuilding, and especially competing, is not for everyone. To anyone interested in getting into it I would suggest first get information and find the right coach, who will help them with training and proper nutrition. Do you visit Croatia often?

I used to visit Croatia every year, but since the passing of my parents, I don’t travel to Croatia as often. I was planning to visit this year, but with the COVID restrictions, this is not possible right now.

Where is your favorite place in Croatia?

Of course, Split is my favorite place to visit. Some of my best friends live there, and I always look forward to going back and spending time with them. 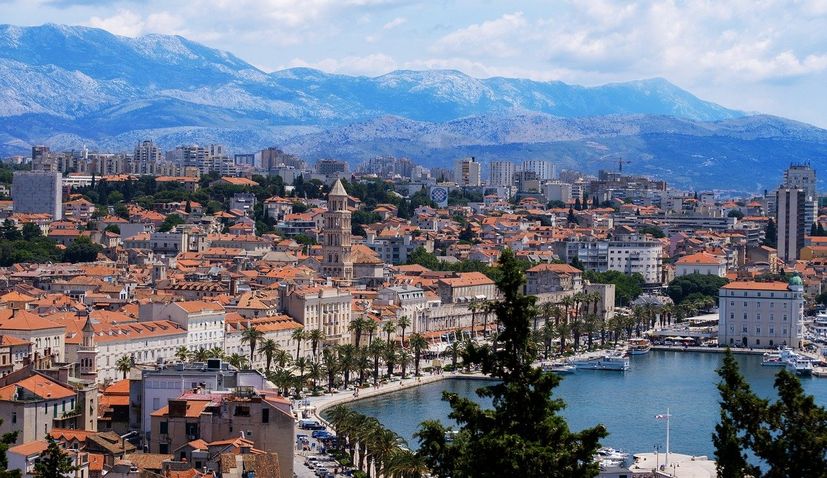 What do you miss in LA from Croatia?

The thing I miss the most is the slower and more relaxed pace of life, casual meeting with friends for coffee or walk in a town. I think that people in Croatia are friendlier and more open than people in LA.

I am very proud of the achievements I’ve accomplished in this sport in a very short period of time, especially considering my age. Still, the biggest achievement in my life is raising two amazing sons. My oldest son Eric is 29 years old and is an Art Director in one of the advertisements/graphic design companies in LA. My youngest son Brian is 27 years old and is a West Point graduate and an officer in the US Army. I am immensely proud of both of them, their achievements and the kind and hard-working people they have become, Meri concludes. 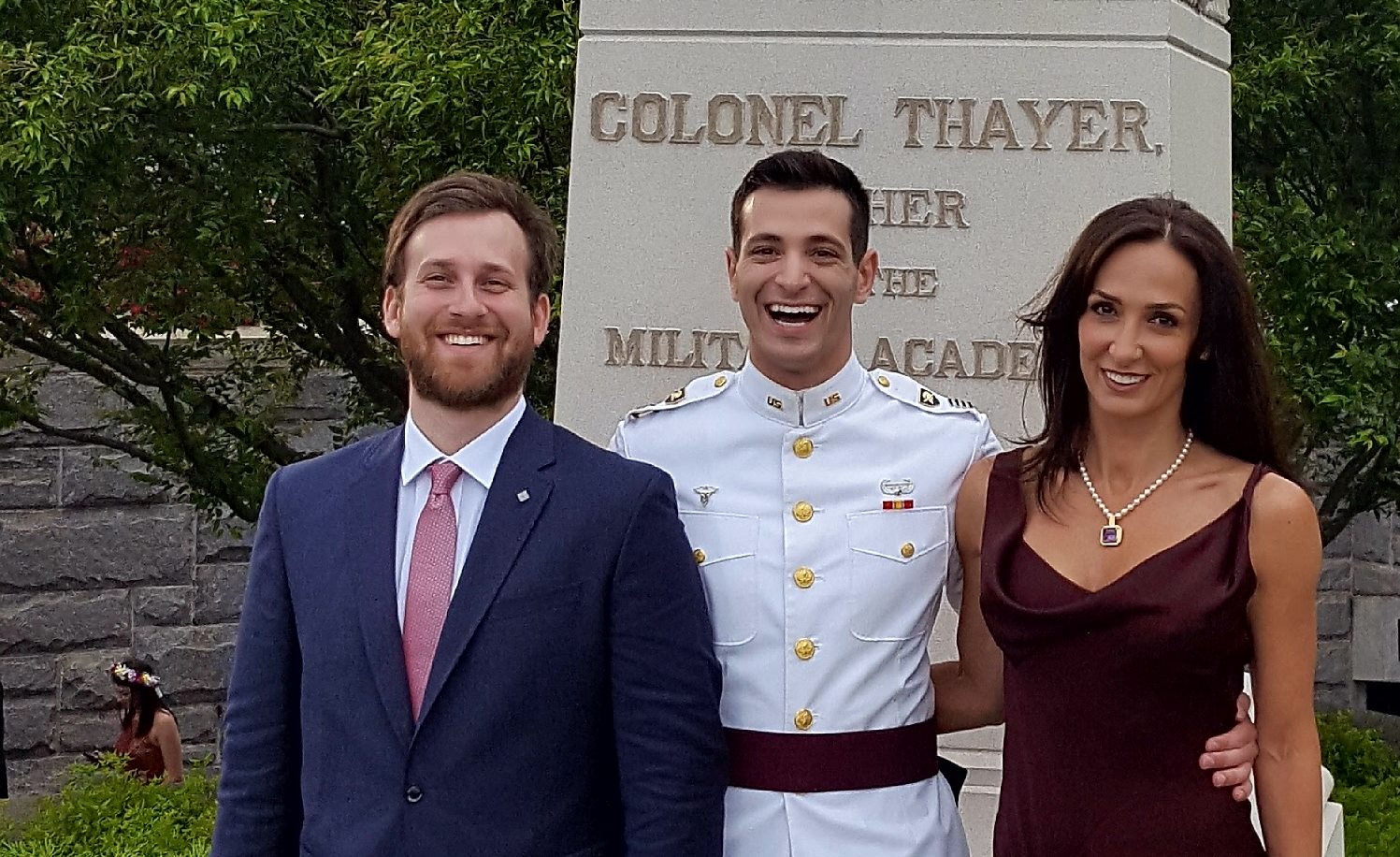