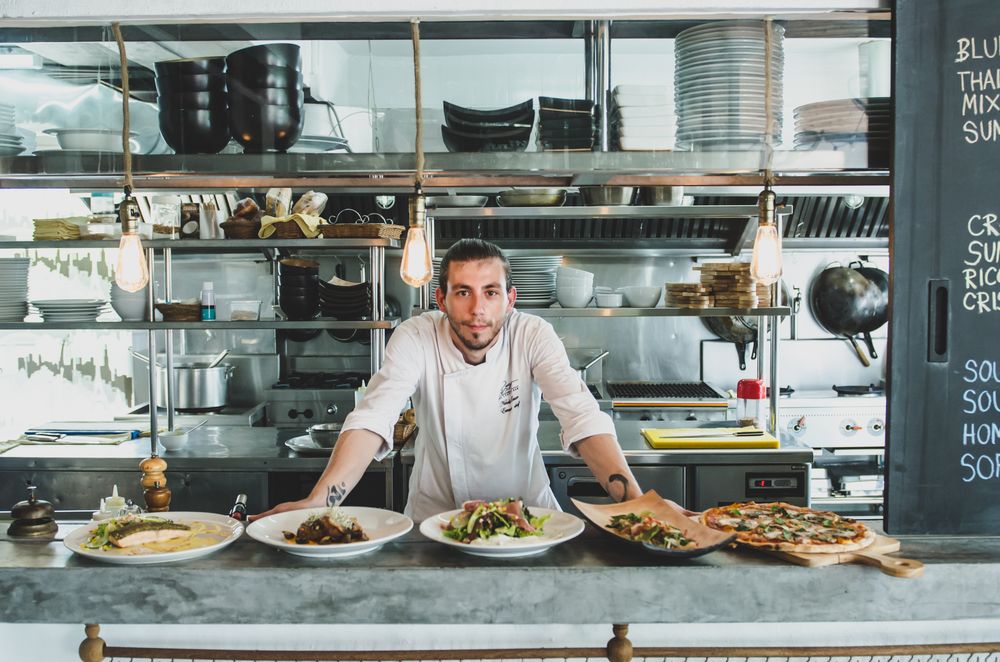 The wider Croatian public met Nikola Lesar in 2012 when he won the Croatian version of the famous culinary TV show, Masterchef. He was then a 22-year-old guy from Čakovec whose life changed rapidly from that point.

After the show, he was offered a position at Dino Glavagno’s renowned restaurant 5/4 in the center of Zagreb. He accepted the offer and started his first professional culinary steps. After one year of learning with one of the most famous Croatian chefs, Nikola decided to take a break and hit the 200 days-long road through Asia, which he was attracted to so much.

That trip opened some new doors for him telling him how things can go in unexpected ways. He traveled through Vietnam, Cambodia, Nepal, Thailand, China, Nepal, India and at the end decided to come back to Thailand and enrol at LeCordon Bleu Bangkok Academy which was supposed to get him closer to the knowledge of high French gastronomy. And it did, because he learned from really big culinary names.

After getting the Diplome de Cuisine he was offered a tempting position at the famous Thai restaurant in Bangkok – The Never Ending Summer. So he took the job and since then seven years have passed. In the meantime, he opened his own restaurant Rustic Eatery&Bar together with his girlfriend Mook Surajaroenjai, at the famous Patong beach on Phuket island. 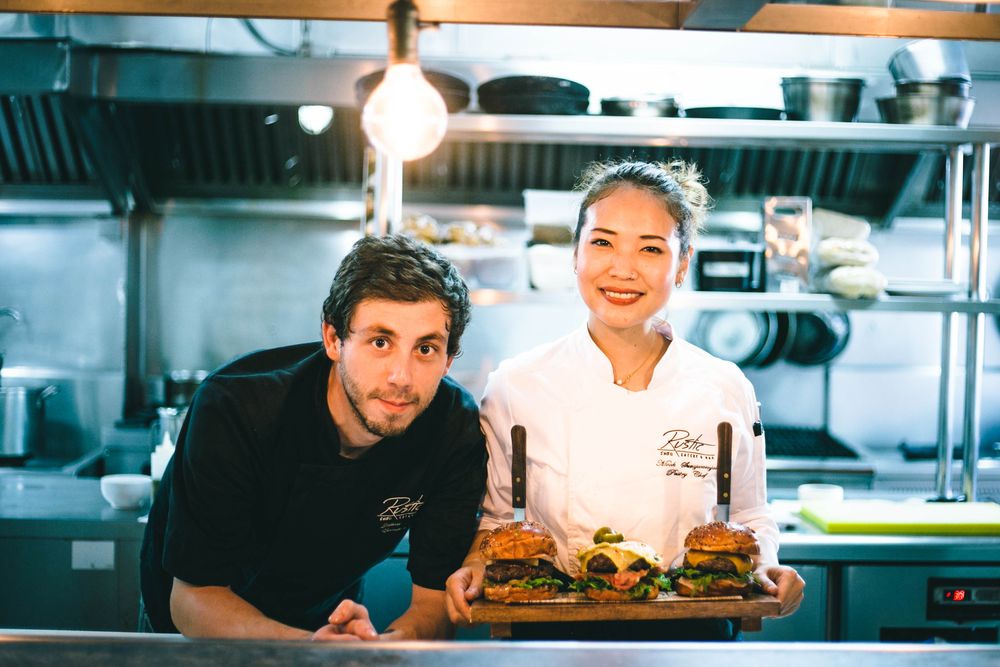 At the end of last year, he took part in Iron Chef, a culinary show on Thai TV, proving the fact how he just can not avoid culinary TV shows. For Croatia Week, Nikola tells us why we have to visit him in Rustic Eatery & Bar, how he is he planning to come back home, and what does he miss the most from his hometown Čakovec.

How do you currently feel living on Phuket where you decided to call it home for now? Why did you decide to stay on that Thai island?

This is already my 7th year in Thailand, and I’ve never loved it more than now – I think because of all the ‘language & culture barriers’ that I’ve learned to overcome. I can communicate quite well in Thai, and I’ve learned most of the local tips and tricks needed for ‘survival’ on this tropical island in the Andaman Sea, called Phuket, which has been my home for the past years. I’ve learned to blend in with the locals and taught about that other side that a visiting tourist will never see – and which is basically, it’s true soul.

After finishing LeCordon Bleu in Bangkok, where I met with my partner and girlfriend, miss Mook, who is a very talented pastry chef – we were bouncing ideas if we should go back to Croatia, open something there, or stay in Thailand and try it out here. In the end, we decided that Thailand would be a better choice as we already had a good f&b network there, and the food scene was about to start booming. Which it did right after, as Michelin and S.P. TOP 50 started taking great interest in Thai chef & culinary food scene. We felt our food could reach more international guests and more recognition in Thailand at that point. Also, opening a restaurant in Thailand is far easier than it will ever be in Croatia.

How did you open Rustic Eatery & Bar?

Like I mentioned above, Thailand seemed like a much simpler place to start up a restaurant – as there aren’t nearly as many restrictions as they are at home. VAT is only 7% comparing to, what, 27% at home? The dining scene is much richer, and there is that culture of going out to grab a bite – where at home, it’s still considered a “luxury” to go to a good place and have some dinner with friends. There were just too many obstacles and mountains of paperwork to get things started at home. As much as I would love to have a place in my home country, it’s still quite hard to maintain a good living as a fair business owner. 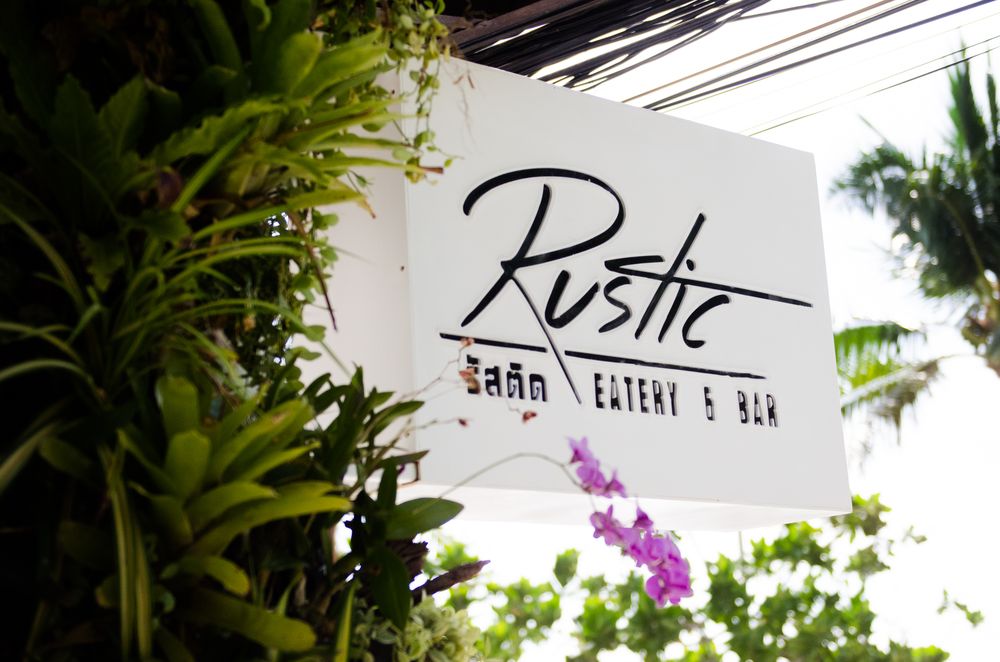 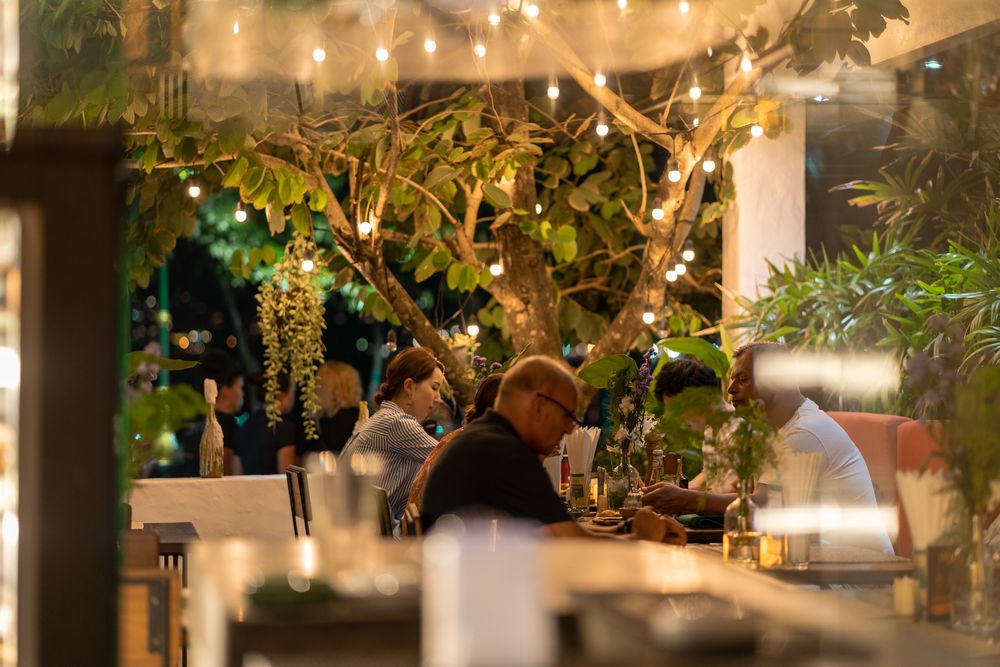 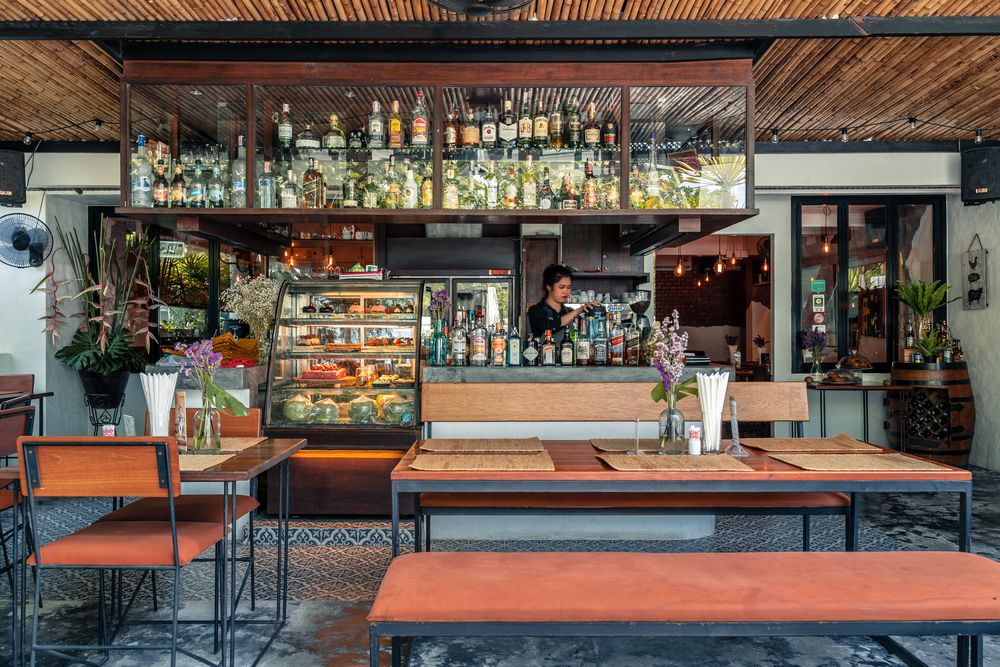 What is the menu in your restaurant like and who is your audience? What was the biggest challenge to take that professional step?

My menu is quite international, and it’s based mostly on things that I like and food that I loved on my travels. At this point, my flavors are quite Asian, as I like to blend Japanese, Thai and other South East Asian cuisines – but, I still like to incorporate western techniques and styles in my food. So, for example, I have a dish called Khao Soi, which is Northern Thai curry-noodle dish, usually served with poached chicken, but we do ours with 5 spiced lamb chops and pickled radish, which is quite different from the standard Thai version. Also, one of my favs is my Octopus Tagliatelle which is quite European, but I still add a bit of Thai touch with chili jam and tart Thai basil. There are some Japanese inspired dishes, Burmese starters, Western steak mains, Japanese Wagyu beef… Basically, my guideline is like that of Anthony Bourdain – cook free or die. What I like and what seems to be interesting to me and my heart, that is what I will cook and put on the menu. 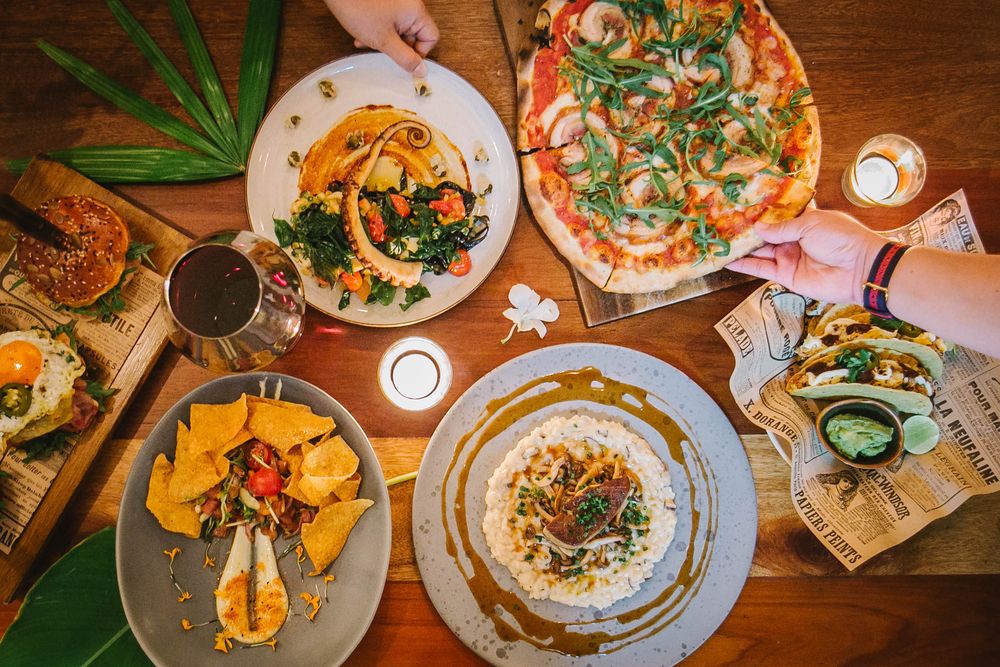 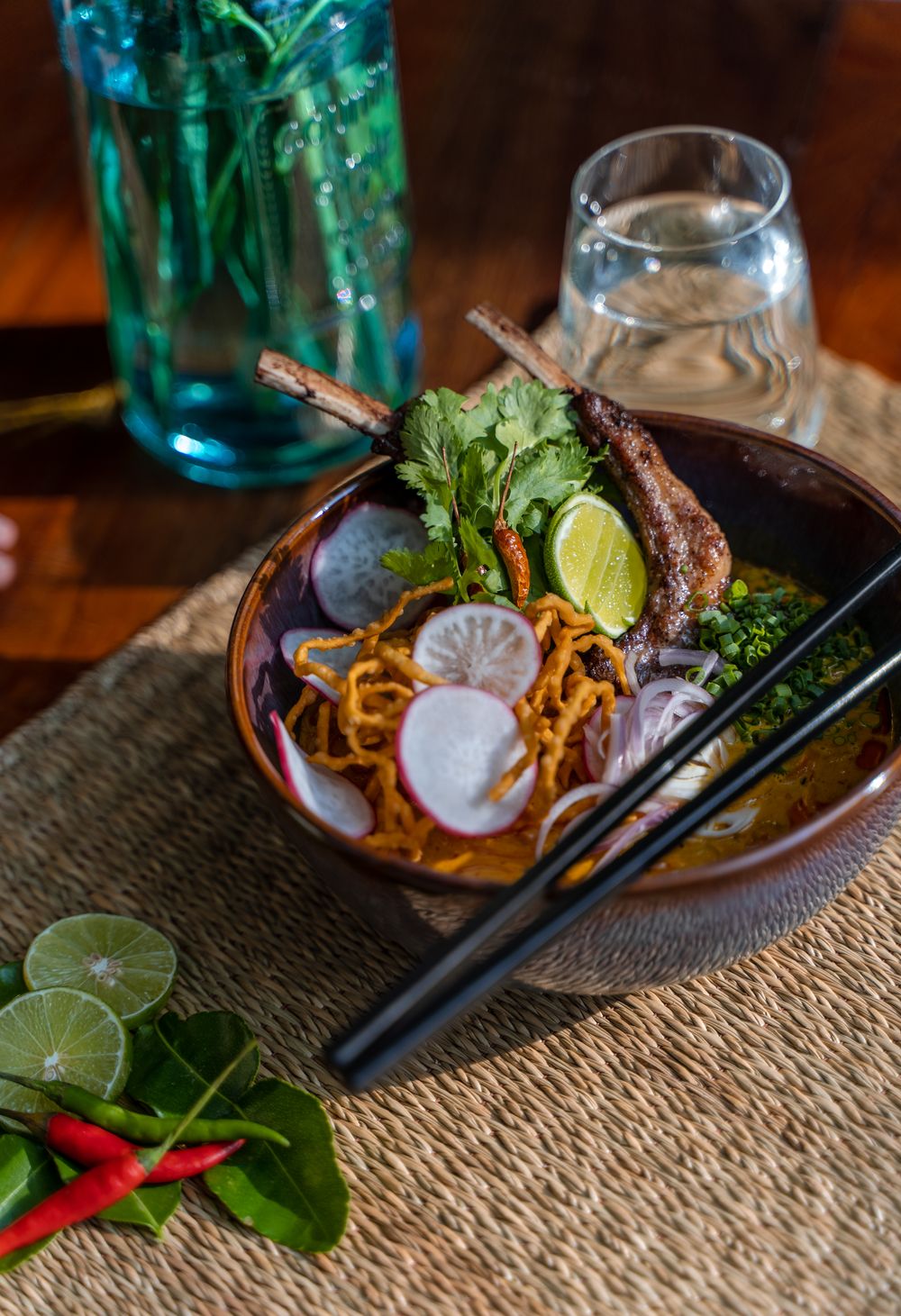 Most of our guests are locals, a mix of upper-class Thais and expats, F&B Managers from the 5-star hotels, exec. chefs and other F&B staff – as this was our main goal – to attract industry people and locals. But, also, majority of the guests are tourists, which are quite an international mix. Depends on the months, we get folks from all around the world. 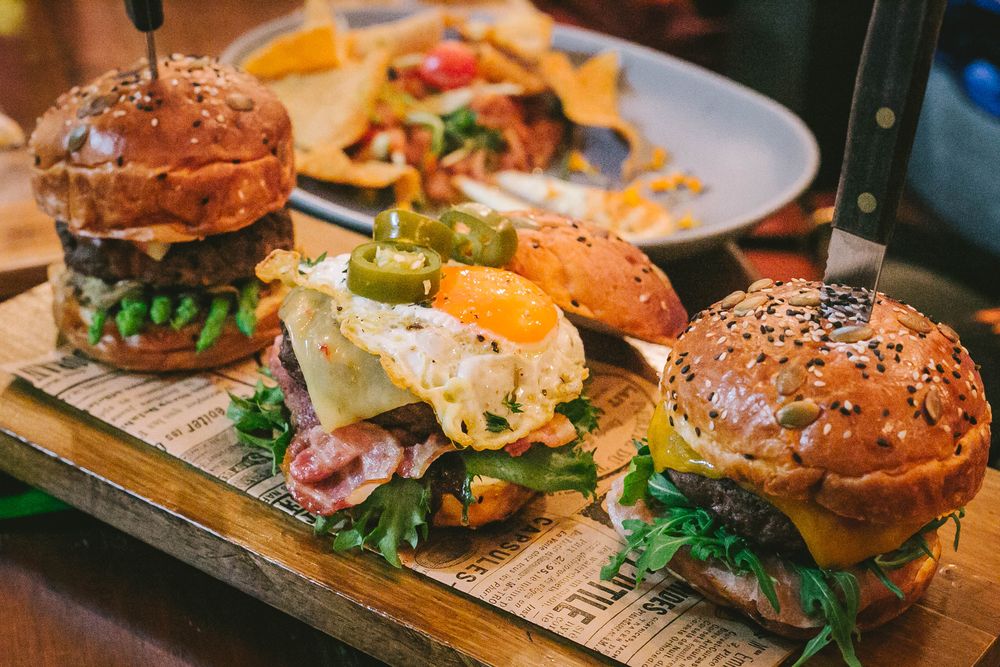 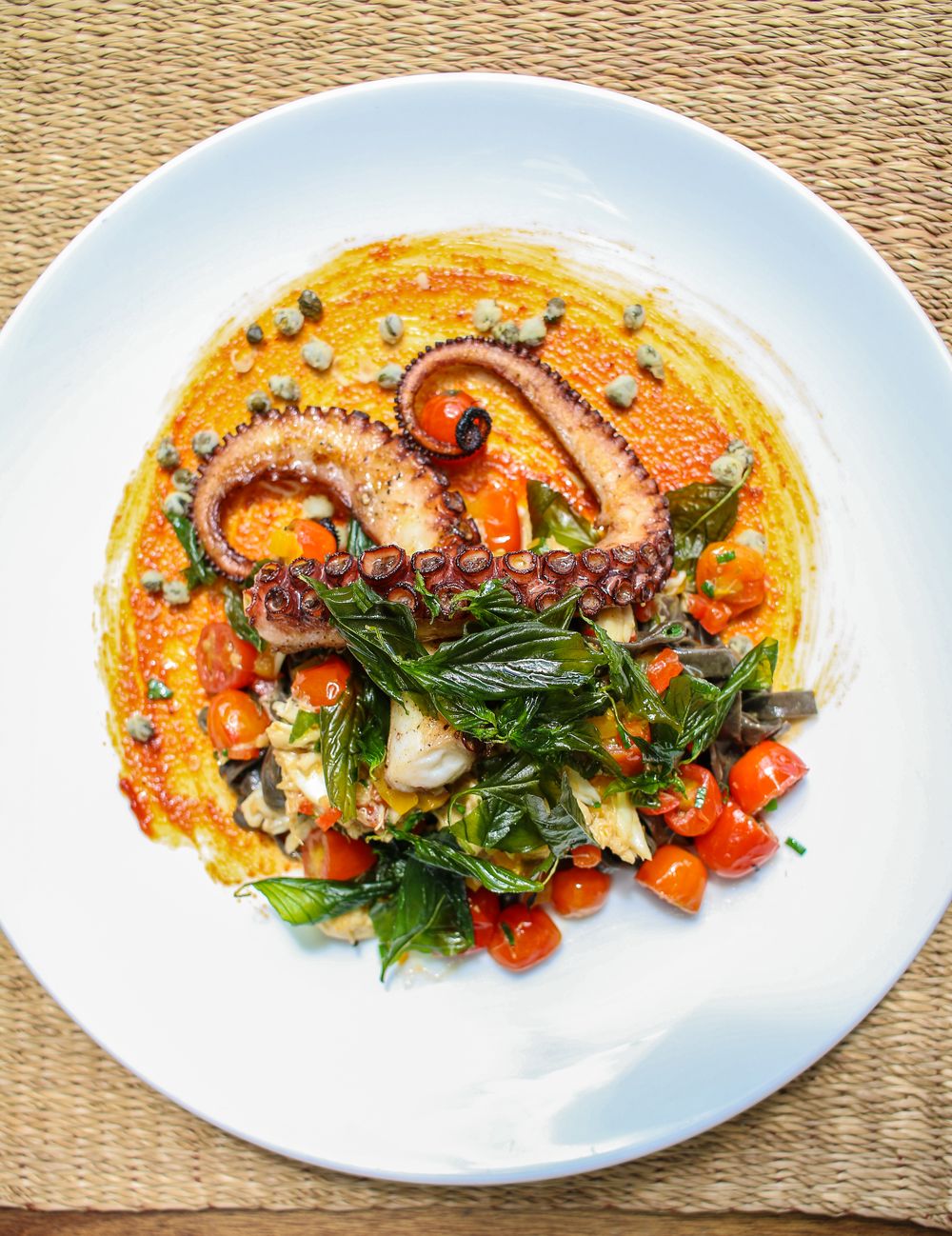 The biggest challenge was breaking the language barrier in the early beginnings on the Thai markets – as i spoke very little Thai and I had to do daily 6 am market stops and sourcing. That was really hard as I had a 14-hour schedule, on an island I wasn’t born on, had no idea about the culture and the way of life. However, I fell in love with it from the first day, and really tried to get things to work – so, at this point, I can communicate fairly easily, and can get things done quite fast. 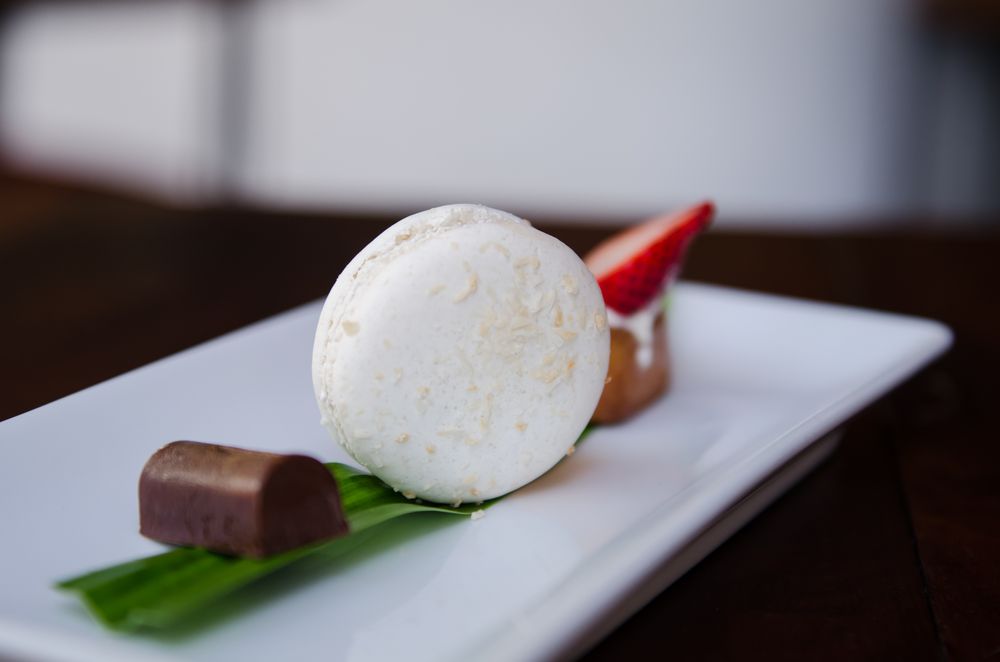 Could you compare the difference or similarity between Croatian and Asian gastro scene? What is the difference, what is more challenging there and what do you consider as an advantage in Asia?

People in Asia LOVE to eat out and hang out around the table, with food and drinks – where in Croatia for example, we still love to do that, but not really in a restaurant, rather in a comfort of friends home. Asia is all about food, eating, drinking… All the time, every minute of the day. If you walk down a road in Bangkok or Phuket, most of the places you will see are either bars or eateries filled with people sharing food and chatting across the tables. Challenge is always the language, but once you overcome that, nothing stands in the way anymore. I can’t really say I had many challenges… As in, something being extremely hard and impossible to do. There was always a way. 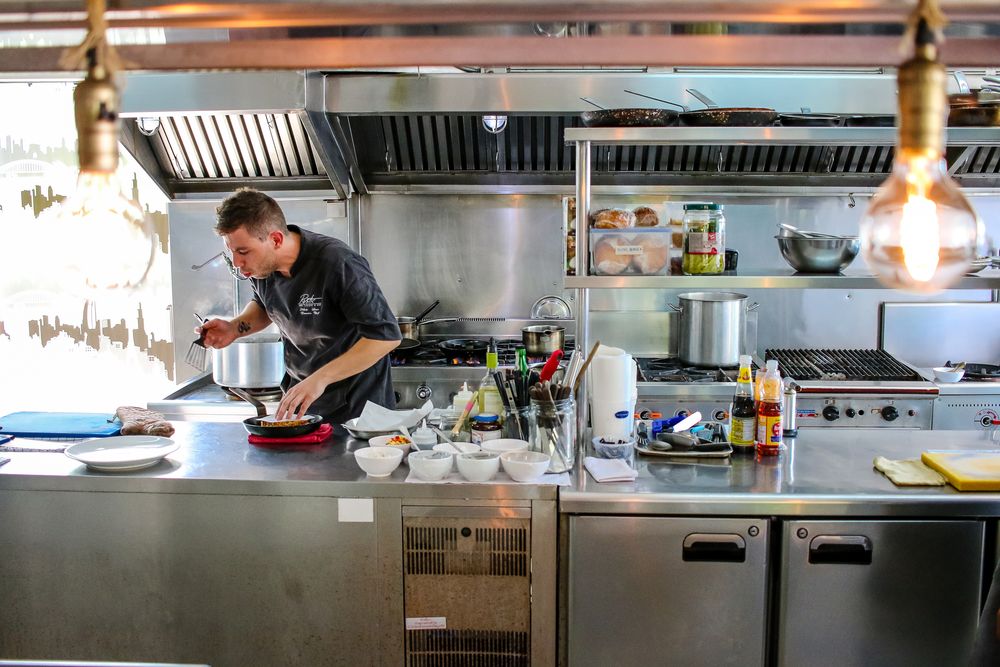 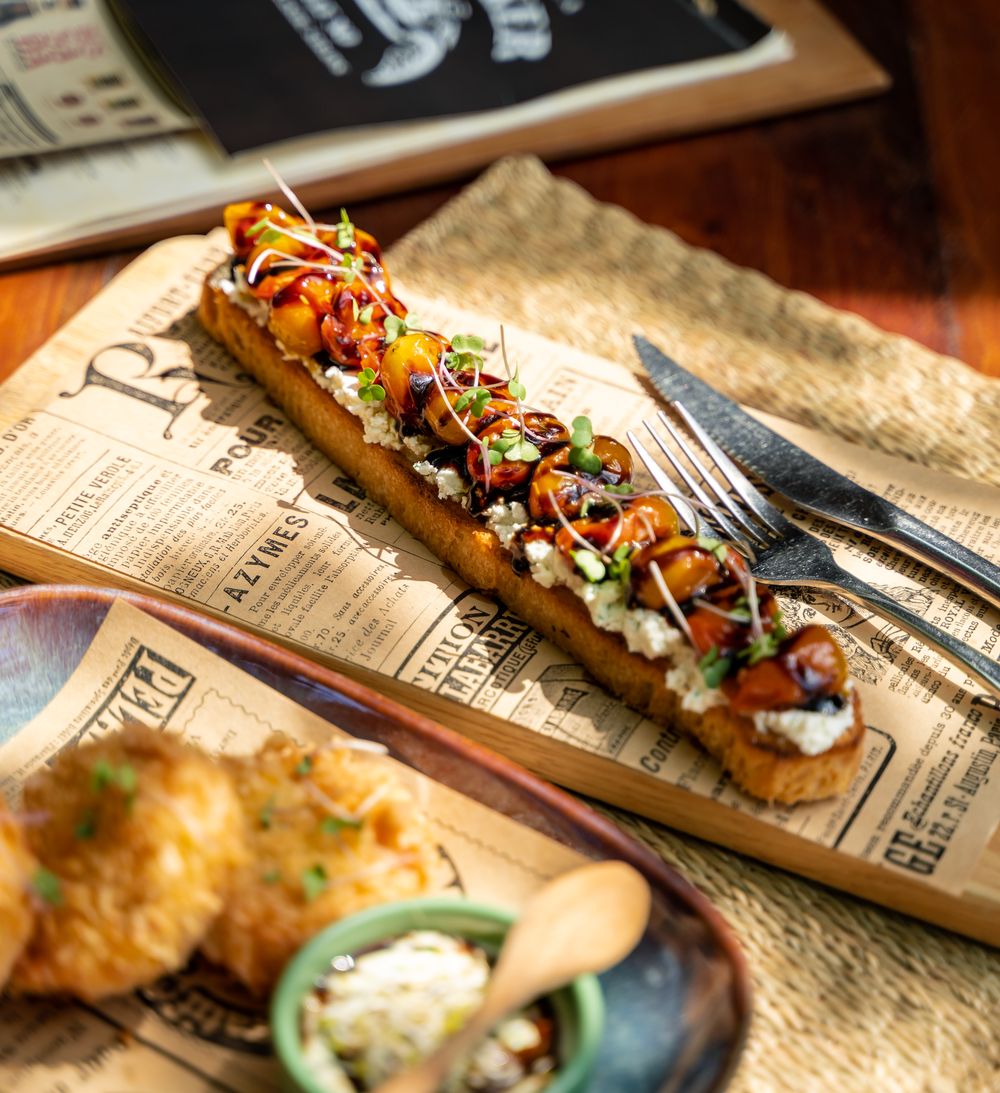 Again, the major advantage that Asia has over Europe and the West, in a restaurant business, is that Asian people and expats living in Asia dream and live about food. It seems that everyone is a foodie here, and everyone wants to check out that new place opening up almost every month/week/day. The food scene and food, in general, isn’t slow here – it’s booming minute by minute. When I think about Asia, I think about food. And you do too. 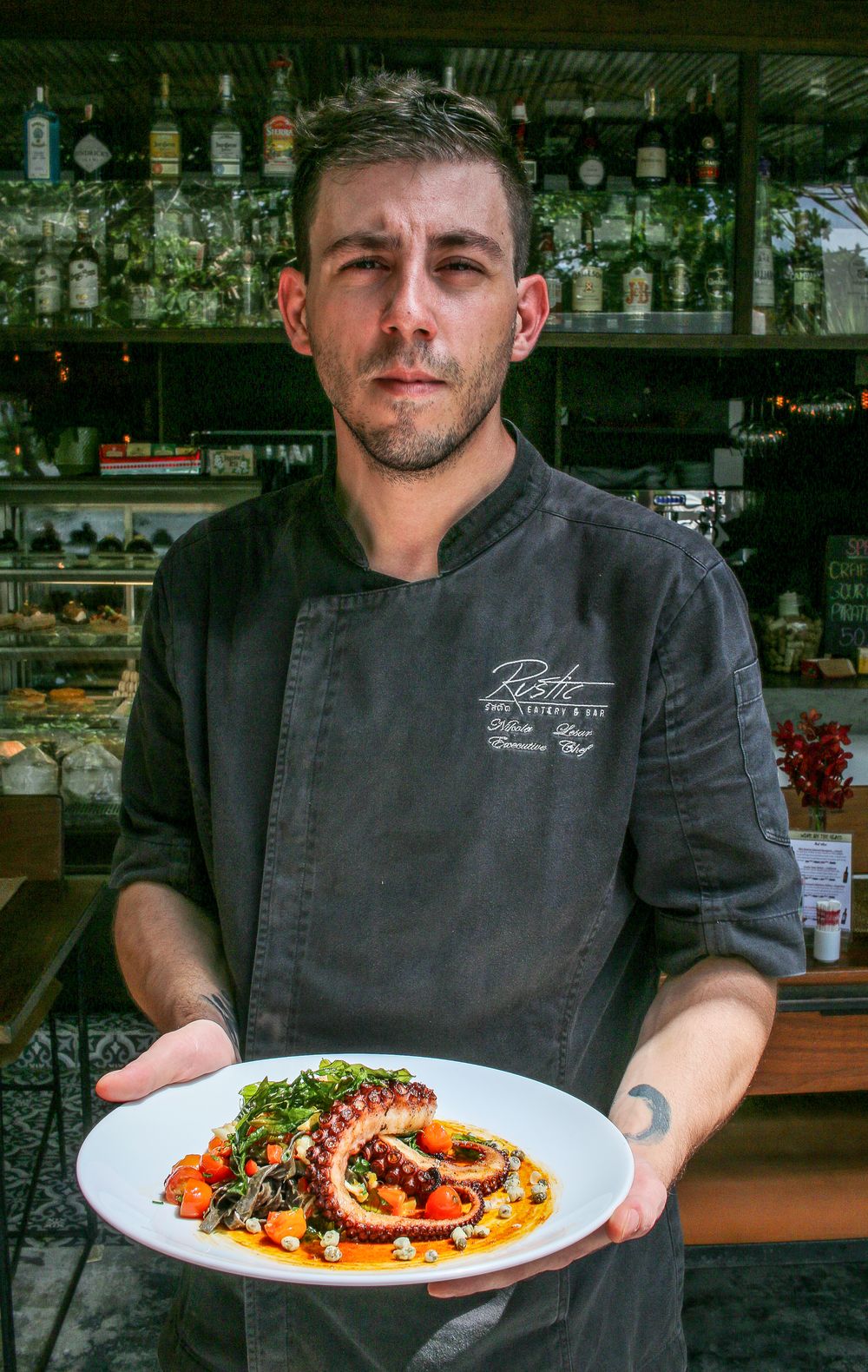 As being Croatian did you feel any bigger cultural differences there? How did you accept them?

Of course, there are huge differences, it’s literally half a planet away. There are many things that I could list out, and the list can go on forever, as it’s really a completely different world here. The only thing I can say is, when you travel, or when you decide to go live abroad – if you plan to do this for a longer period of time, or even forever – you need to reset your brain. Reset as in, turn a completely blank page, and try to look at everything with reason, patience and understanding. That is the only way to be happy, or, let’s say to be comfy and to “survive” in such a faraway land. Something that might be completely weird to you, is completely normal to someone else. So, in the end, with so many different cultures and different styles of life, who can say what is really a normal thing or, what is really a normal way of life. The only thing to do is to be extremely humble and open-minded. Learn, understand, respect and simply take it slow. 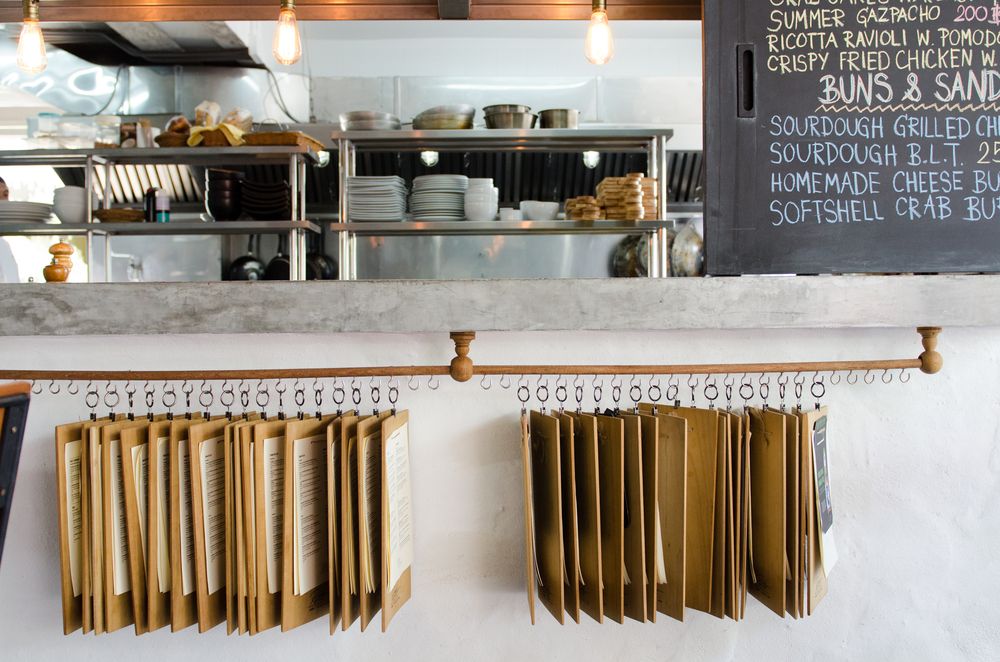 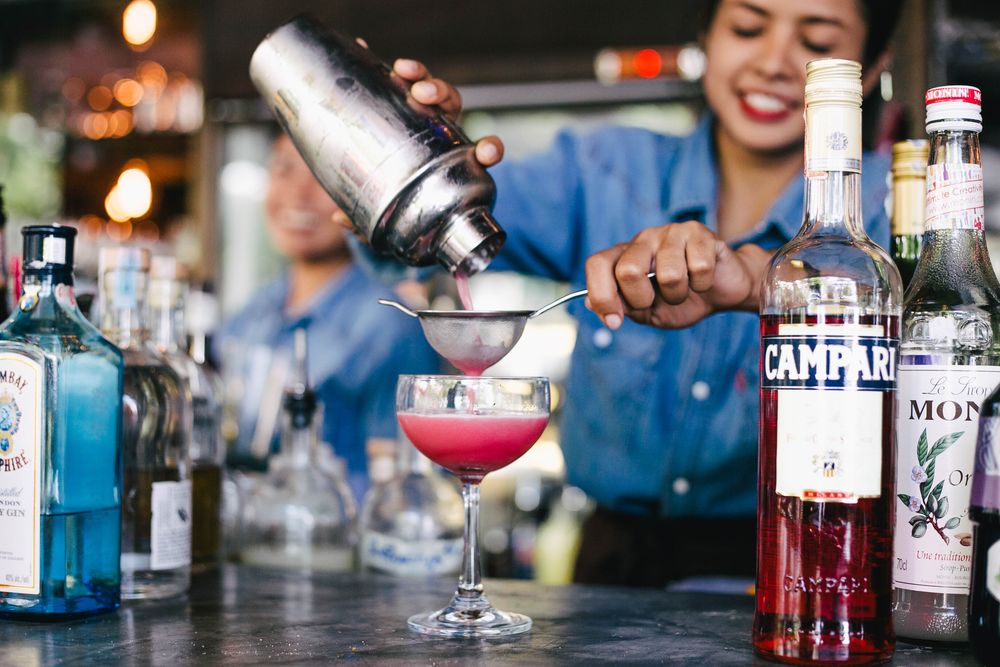 Do you miss Croatia and what do you miss the most about it?

Most definitely. I miss my friends and family. I miss my moms food… That is the only downside about living in Thailand, it’s so far away from home. I also miss the products that Croatia has, it’s tomatoes, cucumbers, fruits, cheese, wine… I miss the cold fresh breeze in the springtime… I miss snow… I miss season, and its changes… I miss nature that shows what is happening to it during the year. And most of all, I miss all the memories that I made while growing up there and often think about them. 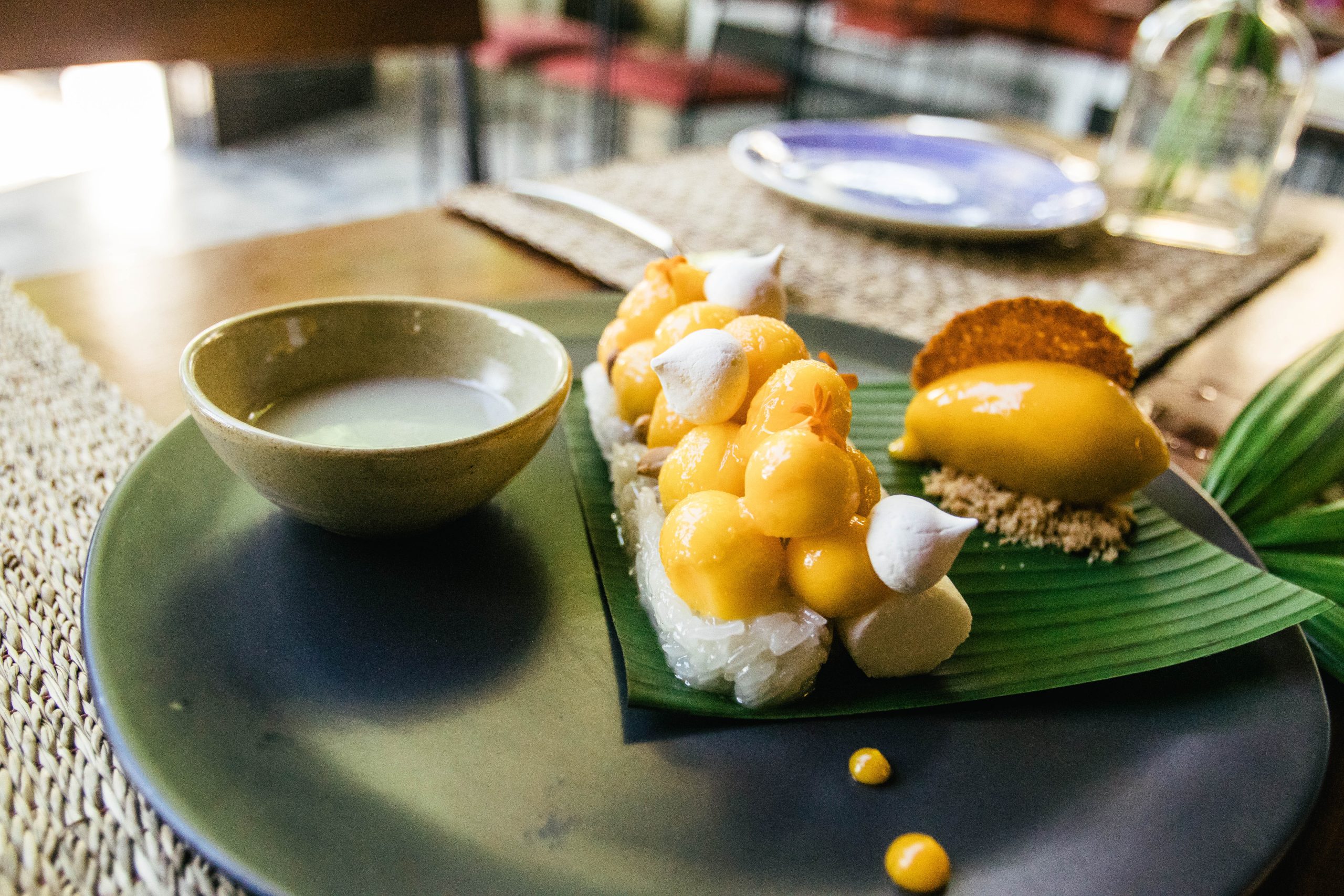 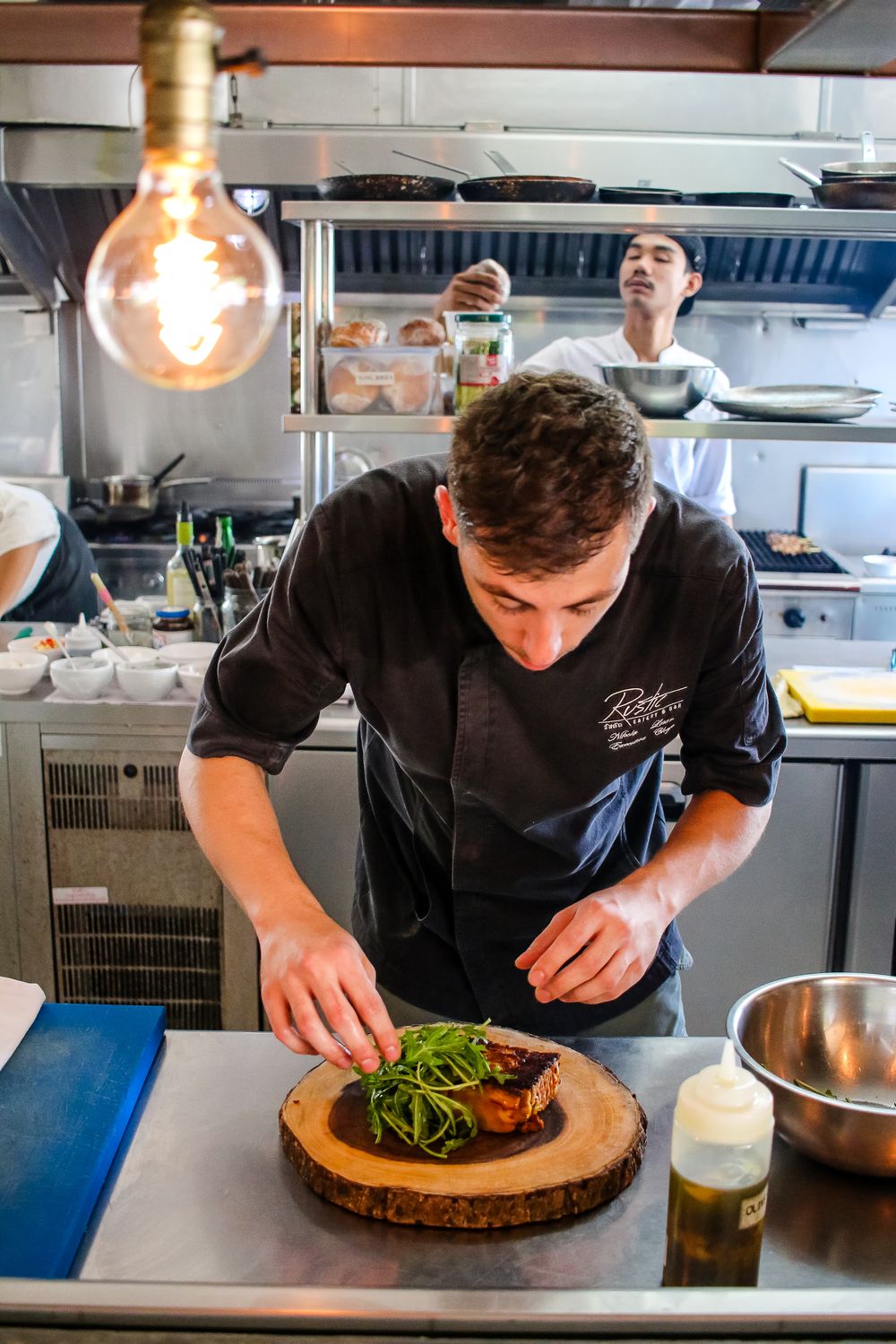 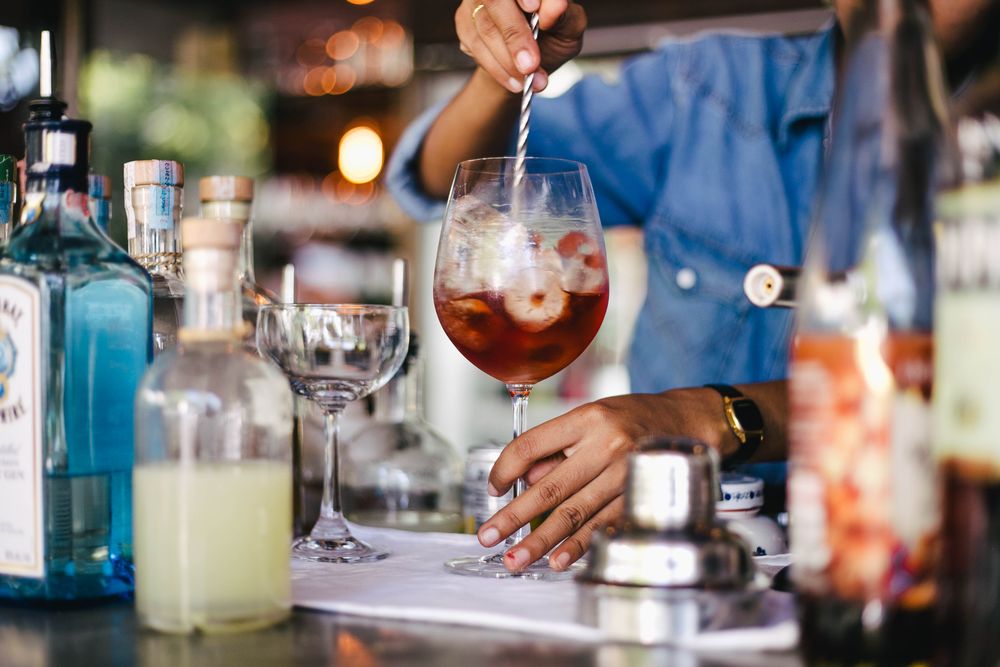 In one interview you said you don’t have plans of coming to Croatia anytime soon but would you like to live somewhere else besides Thailand?

Who knows what the future might bring, maybe there is already a plan to do and start something at home in the near future. I would also love to try living and working in Japan, as I am a hardcore geek and foodie when it comes to Japan, it’s culture and food. Alongside Thailand, Japan is my fav country in the world. I would love to try out a year, two or ten over there and learn about their food as well. 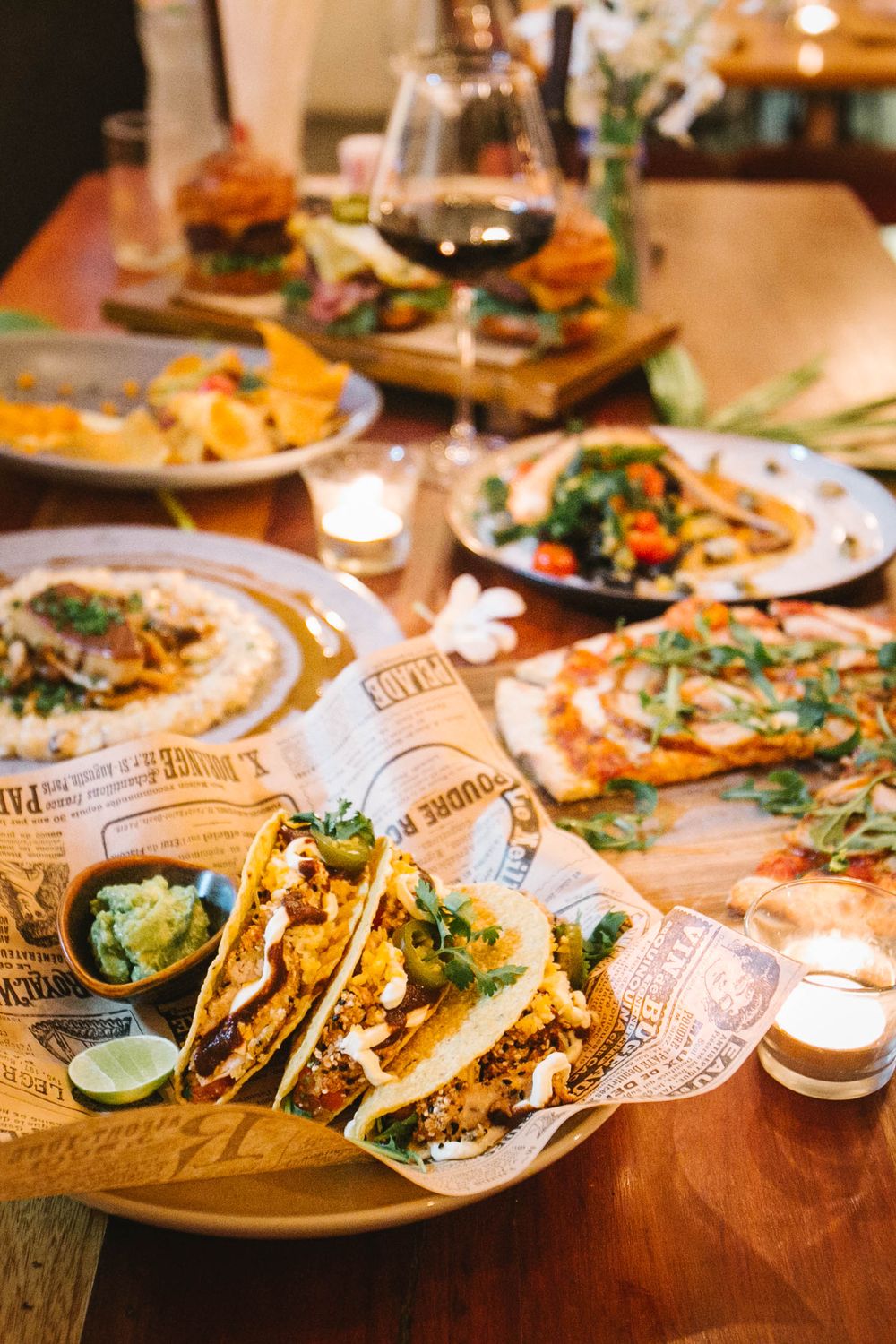