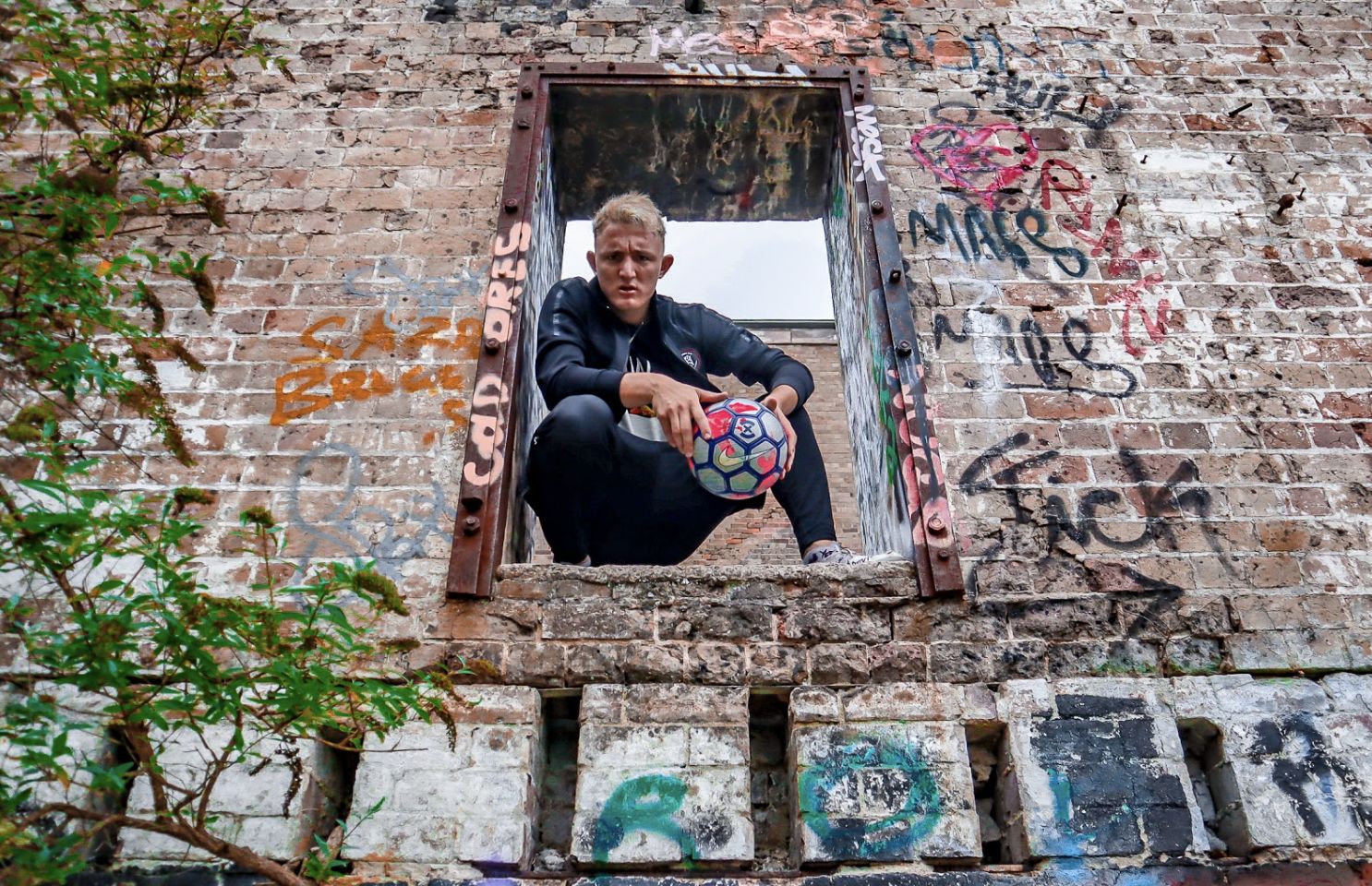 If you talk to European or South American football stars, a large number will say they started out playing on the streets or on small concrete areas with their mates.

Playing small, confined games on the streets was where technique and skills were honed. Now that Street Football is becoming increasingly popular and more organised, with even million dollar tournaments being held around the world and video games created around the sport, one can now make a career out of the game.

One of the stars of the growing game in Australia is 22-year-old Tomislav Bazdaric, who was the focus of the latest EA FIFA 20 ad which was released this weekend (video below).

For the past 3 years he has run the SYDNEY STREET CREW, a street football crew that competes in the biggest street football tournaments around the world, and a movement that aims to grow the sport in Australia, and already they have achieved some impressive success.

Known to his friends as Slavi, Tomislav has Croatian roots on both sides of his family.

“Both of my parents were born in Australia but I was always raised knowing I was Croatian. My mother’s parents came to Australia from Slavonski Brod, while my Dad’s side of the tree involves my Grandfather coming to Australia from Paljuv (just outside Zadar) and my Grandmother (who is German) coming from Stuttgart. Because of this I never spoke Croatian at home. I did grow up hearing the language my whole life, I just didn’t know too much of what was being said,” he explains.

“Croatian culture was a huge part of my childhood. There are photos of myself as a 2 or 3 year old wearing Croatian soccer jerseys, and I never stopped wearing them really. But there’s much more to Croatian culture than the jersey. My grandfather Ivan Bazdaric would always teach me about Croatian culture, the way that we behave and act towards each other and the world around us. I honestly grew up telling everyone I was Croatian, that’s how much it meant to me. I still introduce myself this way.

“I have visited Croatia on numerous occasions. The earliest trip I was 10 years old, so I remember very little of the trip. However the most recent trip was during the World Cup in 2018. Now that is truly a memory. Watching the games with my family in a house in Paljuv. I remember when we beat England in the semi-final and the whole village was out on the streets honking their car horns and driving their tractors through the streets blasting their favourite Croatian music. My favourite place is Paljuv. It’s where I always stay, and it’s where my Dad’s side of the family originated from. I spend most of my time in Croatia in the village, either at the closest beach or playing street football at the Igralište. Apart from Paljuv, I really love Zadar and Rijeka.” 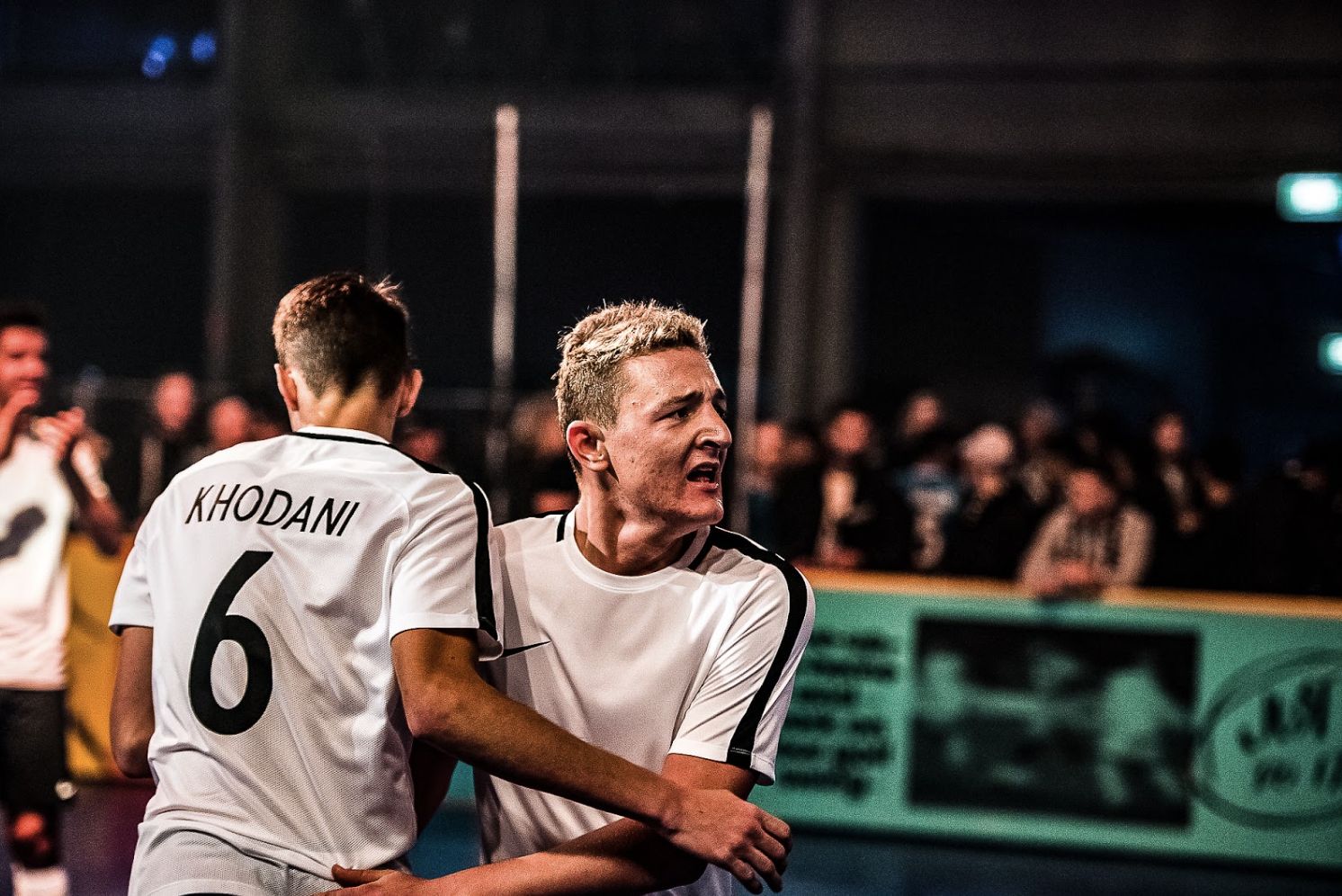 Tomislav says the best way to describe Street Football is that it’s a raw version of futsal, without the rules or the coaches.

“Basically football without the creative constraints. The basic rules of no hand balls still exist and the common sense of not fouling each other, because it hurts if you land hard on the concrete. Anyone can play anywhere, whether it be with friends or people you just met, it’s the purest form of the beautiful game.”

But Street Football has grown into something much bigger than just that. Big brands now host massive tournaments around the world, video games are created around the sport, variations of the sport such as Panna have been created and have grown to be sports of their own. 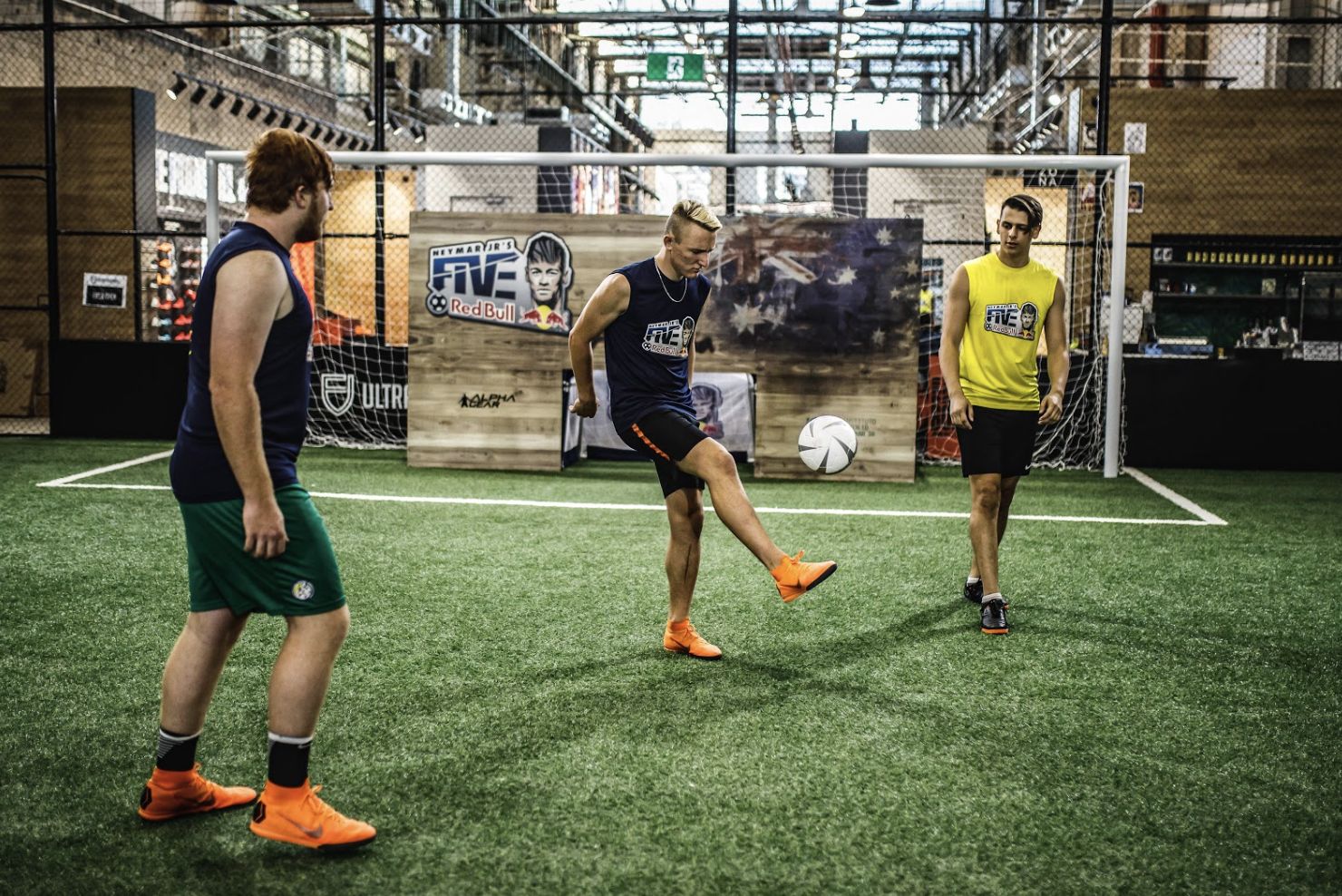 Tomislav originally learnt how to play football from his father who coached him in the local leagues from the age of 5-12. When he was 13 and 14, he played in a state league division, but then he would swap the 11-a-side game on grass for Street Football. 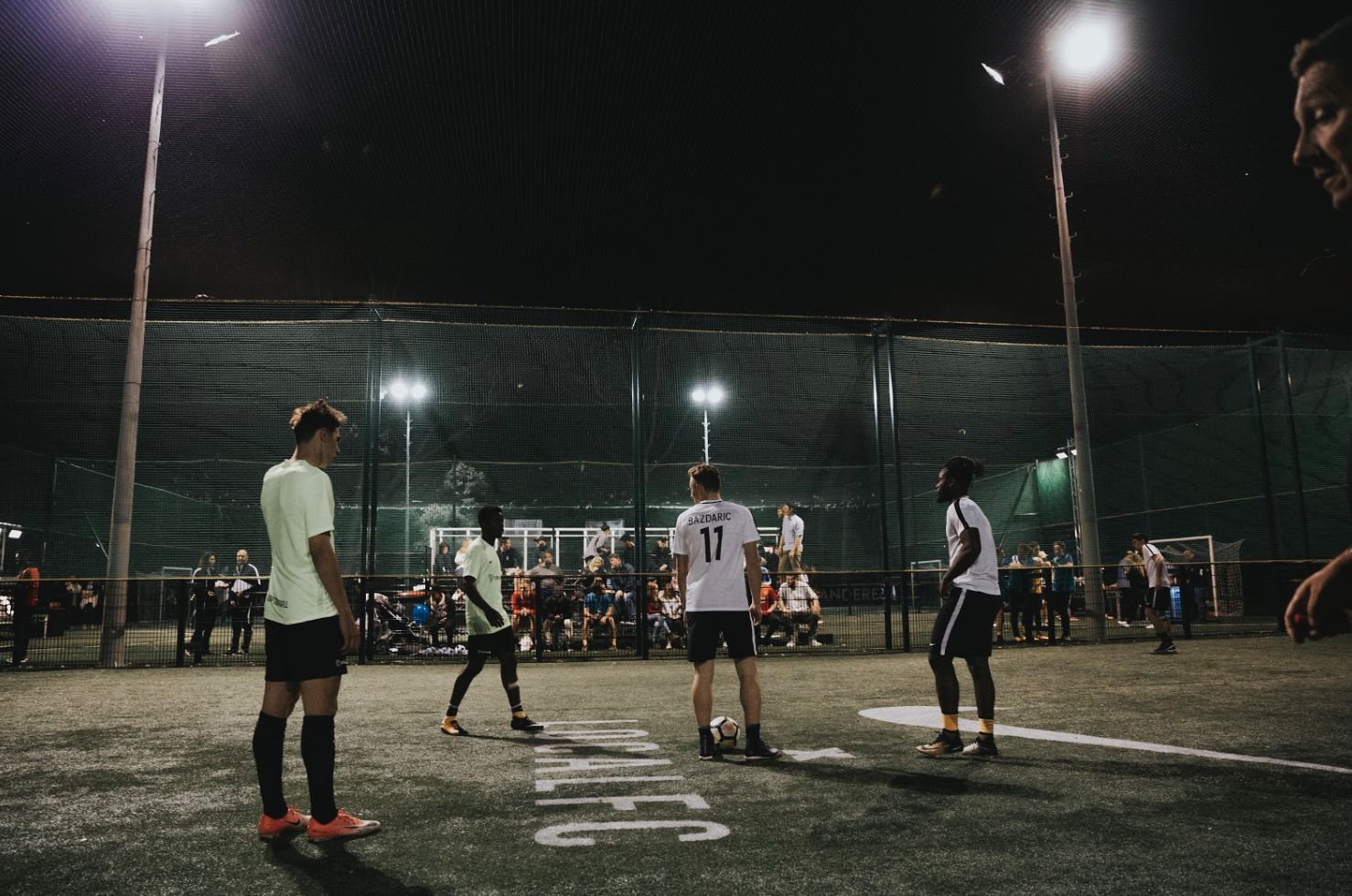 “Getting into street football is an interesting story. At the age of fourteen I actually quit soccer with no intention of coming back, I lost the love for the game so I went and played tennis instead. I truly did enjoy tennis, I wasn’t awful, but I wasn’t much better than average either, but it didn’t have the pull and emotional grab on me that soccer did, and due to that, I started to miss it. I started watching footballers on Instagram and became infatuated with the European street football scene. I thought maybe I should try soccer again, so I went back to play park soccer, and as to be expected, I really didn’t enjoy it. I went two whole years of this, the whole time waiting for a street team to be formed in Australia so I felt like I had a place to belong. I was just waiting. I believed that if a crew was formed here, that I would join immediately and love football again, so I waited. Nothing happened. Then it came to me, why don’t I make a crew? and I did and that’s how SYDNEY STREET CREW was born. I messaged all my friends that I thought would want to get involved, started an Instagram account, and that was it. That’s how I started the crew. 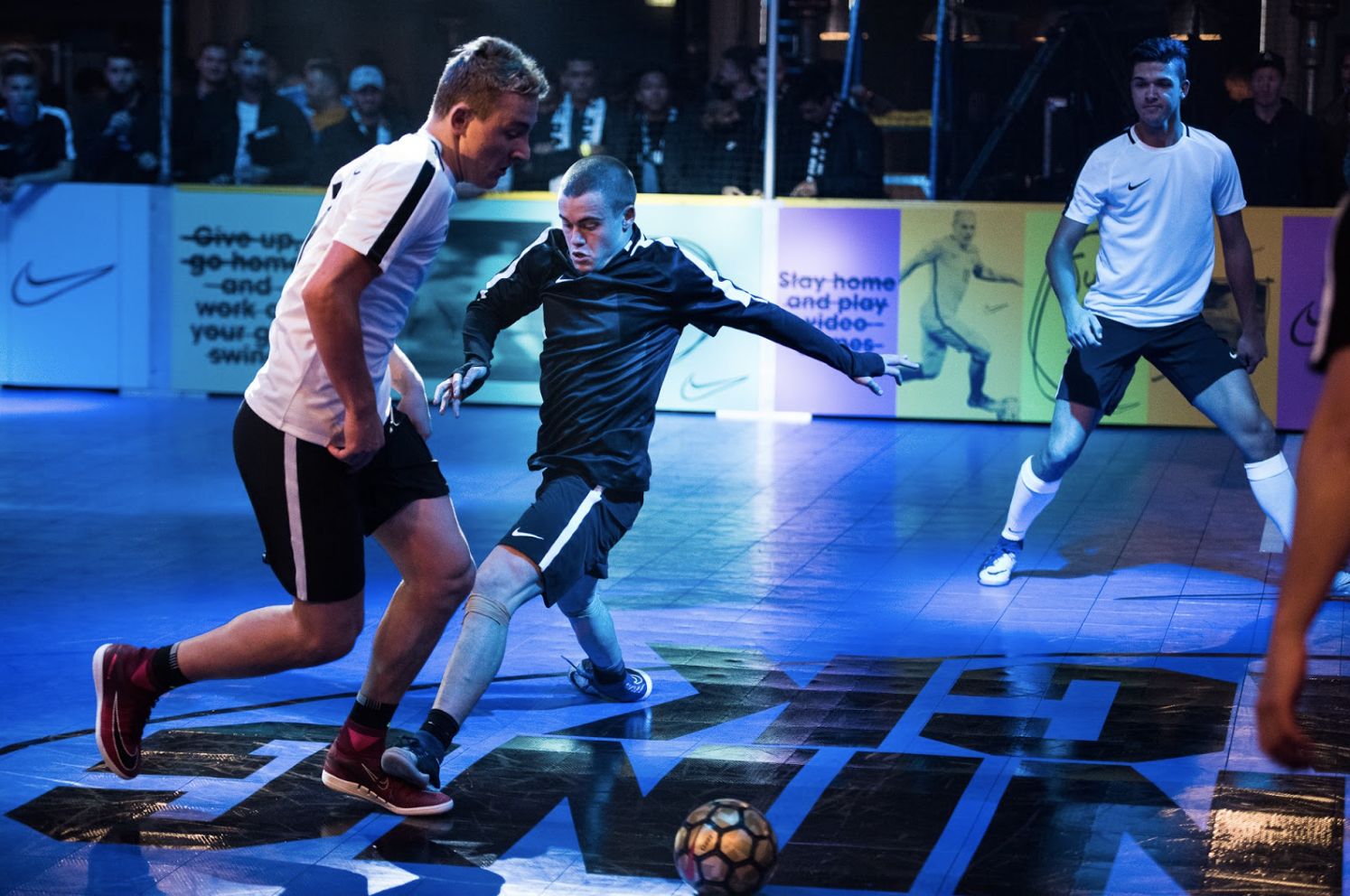 Originally the crew started with a few of his friends, and they would enter every tournament they could. But as the crew grew it turned into a much more professional outlook.

“We now enter every tournament to win, and we expect to win as well. As a movement we also host a large amount of our own events, leagues and tournaments to help grow the street football community. At the moment we have 10 street footballers, a panna athlete and a freestyler. We really do aim to grow to incorporate a women’s crew (which I have tried to implement for the past 2 years) as well as a youth crew. We have won quite a lot of tournaments and leagues, and our crew is always growing and improving so that we can be the biggest and most successful crew in the world. As a result we have earned numerous invitations to prestigious international tournaments such as Ghetto Games European championships, Barcelona Cup, and Street Kings 3v3 feat Ronaldinho,” he says, adding that persistence has been one of the keys to their success.

“That’s the main thing. Nobody gives you anything in this world, and if you want something you really have to work hard for it. I take that literally. There have been a lot of setbacks which would have caused a lot of others to throw in the towel and move on, but I had belief in myself and my vision, so I kept going. It’s not a secret formula, Persistence with belief makes absolutely anything possible.

He also believes sacrifice has also played a pivotal role in making this all work out.

“To generate all these opportunities takes a lot of hard work, which takes a lot of time. So I rarely go out, and if I do, it’s only to benefit what I’m doing. A few sacrifices now will make the world of a difference in the future, so I don’t mind at all, since this is all I want to do anyway.” 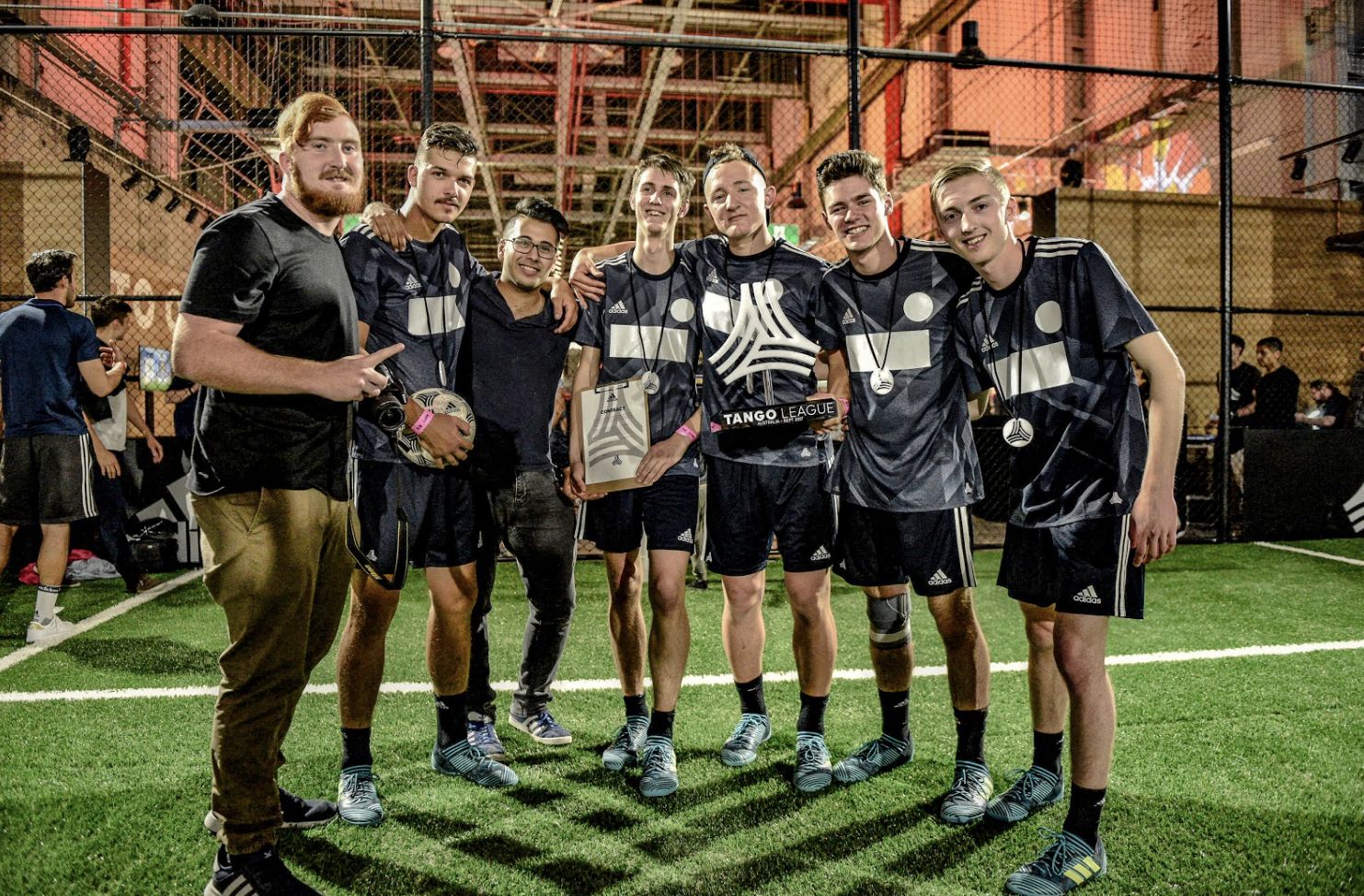 Tomislav with the Tango League trophy and his crew (Photo: Adidas Australia)

Like a professional, Tomislav is playing football almost everyday of the week to improve his skills.

“At the moment I play high level futsal on Mondays, Wednesdays and Saturdays to help with structure and tactics, I train outdoor football with King Tomislav Croatian Club on Thursday nights to help with variation (different ball size and weight, different surface and different types of players), and finally I play 3v3 street football on Sundays. That’s my weekly schedule. I juggle the ball and experiment with the ball all the time, just not anything structured. If you want to know about a crazy workload, my friend Tom Kentta (who’s in the EA ad with me), who hangs with our crew every once in a while, he trains freestyle football five hours a day and that’s why he’s the best in the country.”

Tomislav says Street Football is seen as a growing sport in Australia with the professional clubs and big brands jumping on board as well due to the fast rate that it has been growing.

“There is a positive feel for the sport here. Since our crew was formed a few other small crews have popped up around Sydney, which is awesome to see, and great for the sport. In terms of international growth, it’s growing at a fast rate. A global federation now exists, international tournaments are increasingly common now, and crews exist all over the world. Europe is still the definite hot spot for the sport though.

In terms of making a living out of it, It’s very possible. In fact a lot of street footballers do, and I intend to do the same.”

Being a big Croatian fan, who would Tomislav like to see join his crew from the national team?

“I would have Rakitic, Kramaric and Vida. But honestly I could have any three from the national Croatian team and still have a super strong squad. For the global crew I would choose Draxler, Ozil and Aguero,” he says.

Street Football has their own stars and the four players that Tomislav looks up to and who made the game what it is today are Edward Van Gils (The Godfather of the sport), Issy Hitman (Street Kings OG), Jayzinho, and Sean Garnier.

Some of the Street Football highlights so far for Tomislav include being flown by Nike on a private jet to a major tourament, meeting the Brazilian national team, appearing in national ad campaigns and being featured in international media, but this is just the start.

“The next step is obtaining sponsorship to turn SYDNEY STREET CREW into a professional club that competes in and wins the biggest street football, panna and freestyle tournaments globally. That is the next step. Obtaining sponsors and taking on the rest of the world. In addition to that I plan on turning Sydney Street Crew into a content production house where we release high quality content for viewers on the internet. From that we would also love to have our own reality TV series. We have had conversations about this with production companies in Australia already,” he concludes.

You can find out more about the SYDNEY STREET CREW on their official website. Tomislav in the EA FIFA 20 ad released on the weekend below.