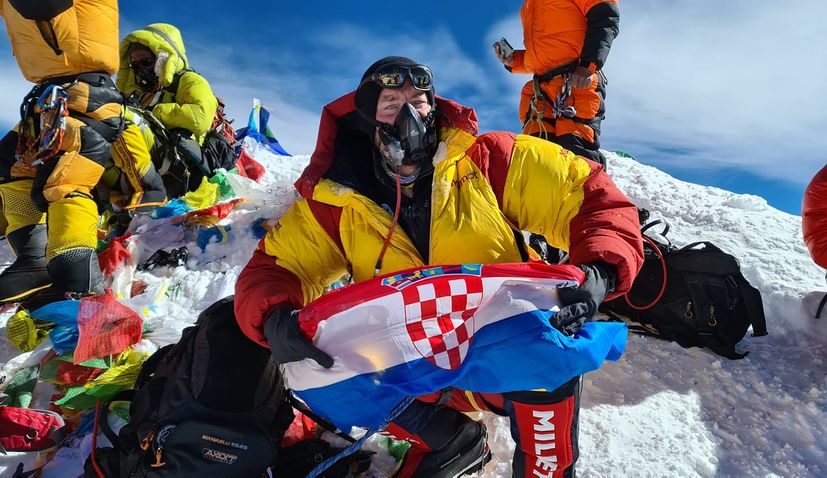 Alpinist Mario Celinić has become the sixth person from Croatia to climb the highest peak in the world, Mount Everest.

On Sunday morning, Celinić scaled 8,848 meters to reach the top and now, after recovering from the impressive feat, he has shared his experience on social media.

“Everything went well. I climbed the highest peak in the world. The total final ascent from the last 4 camps at 8000m to the top and back to 2 camps at 6500m lasted 24 hours without interruption. The mountain literally chewed me up,” Celinić explained.

The Croatian said there were times when he was on the edge but messages of support from family and friends pushed him and gave strength in the most difficult moments.

“I can say that together we climbed the top of the world.

I’m coming home soon so I’ll write a little story about making a dream come true. For now, I thank you for all the nice messages, everyone I know and don’t know. I thank you from the bottom of my heart and soul.”

Other Croatians to climb Mount Everest