Croatian tennis player Maric Cilic has climbed to the highest ranking of his career.

On Thursday Cilic (29) beat Albert Ramos-Vinolas 6-3, 6-4 to advance to the Shanghai Rolex Masters semi-finals without dropping a set.

In doing so Cilic moved to World No.4 for the first time in his career on the live ATP rankings.

Only Rafael Nadal, Roger Federer and Andy Murray and now ahead of Cilic in the world rankings. 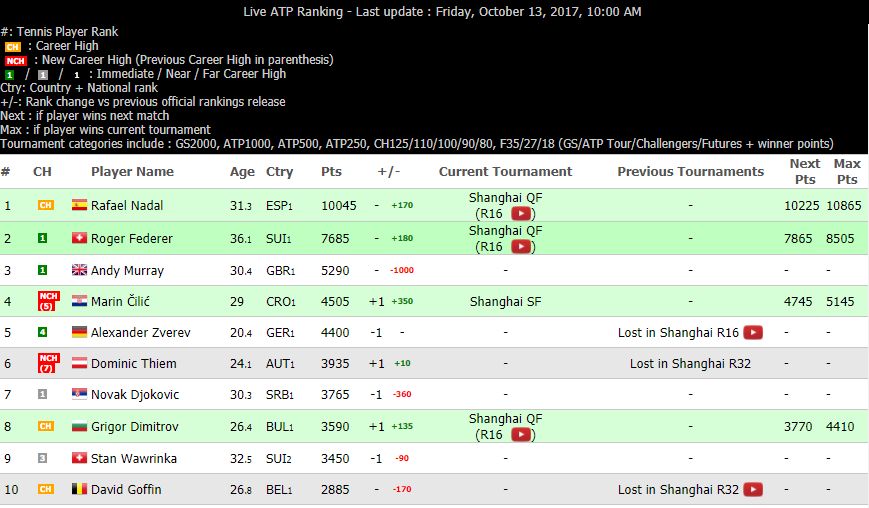 Cilic has 785 points fewer than Murray and could catch the Brit by the end of the year. The highest ever ranked Croatian on the ATP Tour is Goran Ivanisevic who reached No.2 in the world in 1994.

Ivan Ljubicic, who is now Roger Federer’s coach, reached No.3 in the world in 2006.

Cilic also broke another record in Shanghai as he becomes the highest Croatian ever on the ATP Tour taking his earnings past 20 million dollars and passing Goran Ivanisevic in the process.

Marin’s dream of becoming the World No.1 is now getting closer.