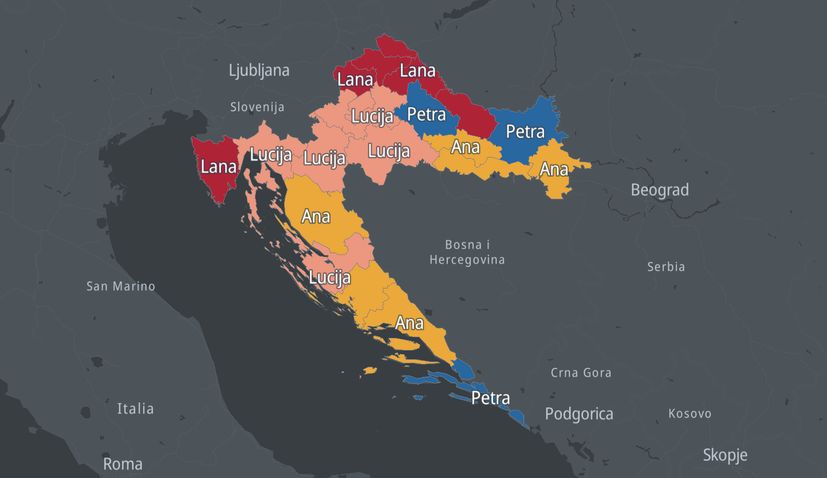 Zagreb-based software company Mireo created an interesting map of Croatia that shows the most common names, depending on age and gender.

In addition, the map shows, in different colours, which name was most common name given to children in Dalmatia, Slavonia, Istria and other regions of Croatia.

In the 1960s, popular names, besides Ivana, were also Sandra, Snježana, Mirjana, Sanja, Danijela, but also Marija. It is very likely that the girls were named after their grandmother because in all older generations that name was the most popular in almost all parts of Croatia, Vecernji list said. 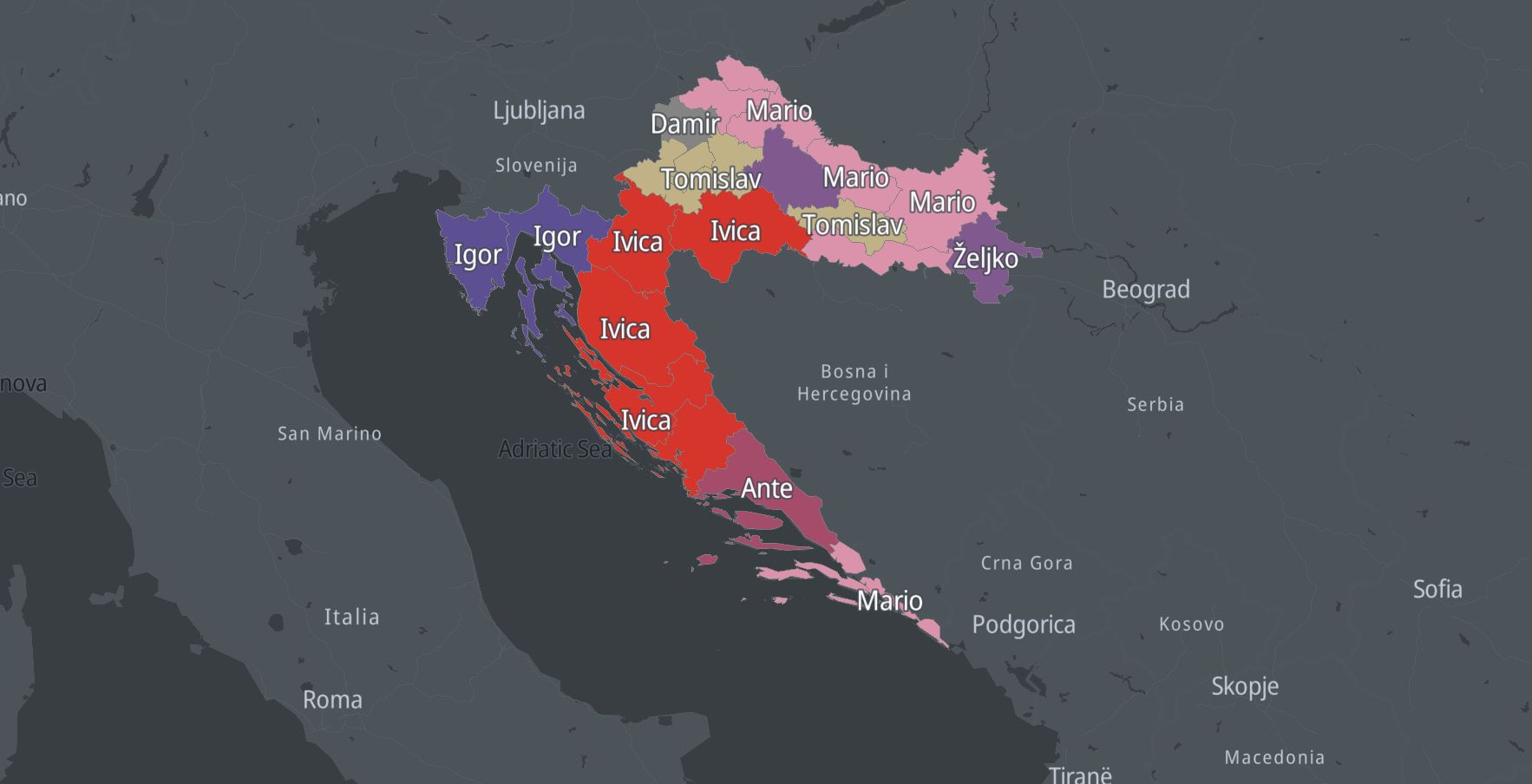 Among boys born 10 and 20 years ago, two names are the most popular across Croatia – Luka and Ivan. Those a little older, who are now in their 30s and 40s, also mostly bear the name Ivan, with also Matija, Marko and Nikola popular.

The story was different when their fathers and grandfathers were born – in the 1960s there were a lot of Igors in Istria, Ivicas in Primorje and Lika, and in Dalmatia, Ante. In Slavonia, Zagorje and Međimurje, the names Mario, Tomislav, Damir and Željko led the way. 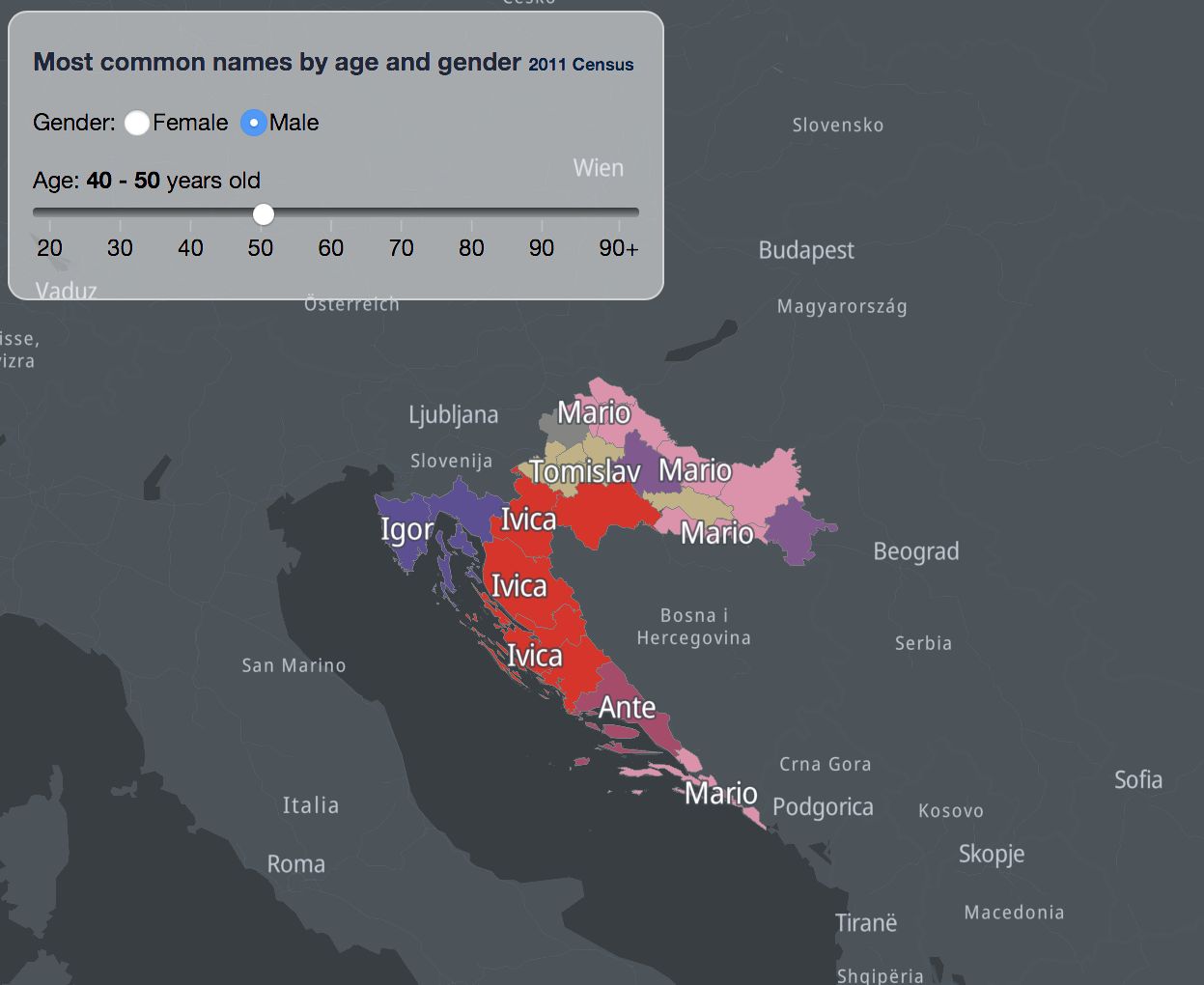 You can see map on the link here.

Founded in 2001, Mireo is a pioneer in developing award-winning GPS navigation and software solutions for vehicle tracking and fleet management. They also have drawn the most detailed road map of Croatia.

“Enthusiasts always coming up with revolutionary ideas on how to implement cutting edge technologies – that’s who we are.”