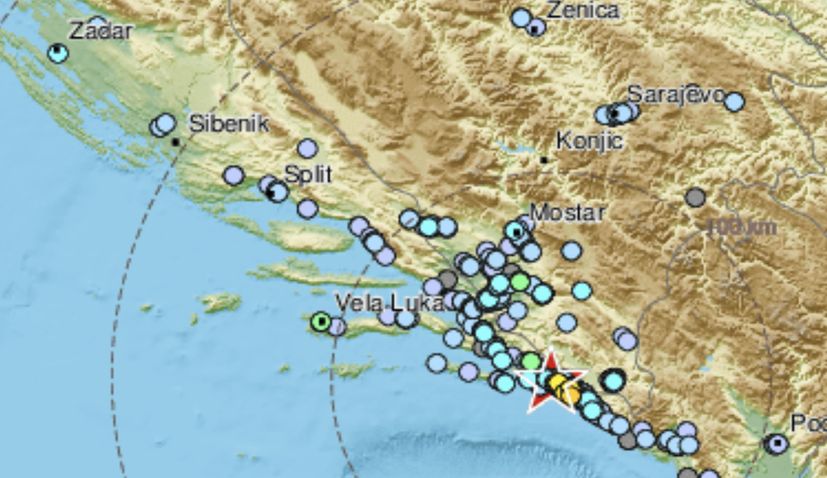 ZAGREB, 24 February – Croatia’s Seismological Service recorded a magnitude 4.1 earthquake with the epicentre just 20 km from the Dalmatian city of Dubrovnik on Wednesday evening.

Seismologists from the Croatian Seismological Service said that a ‘rather strong’ earthquake struck at 11:07 p.m with the epicentre near the village of Poljice Popovo in Bosnia and Herzegovina, just 20 km northwest of Dubrovnik.

“The magnitude of the earthquake was 4.1 on the Richter scale, and the intensity at the epicentre was on the 5th degree of the EMS scale. The quake was felt in a wider epicentral area.

The European-Mediterranean Seismological Centre first said the quake measured 4.3 on the Richter scale and that the epicentre.

A large number of locals in Dubrovnik and its surrounding area in Croatia said that they felt the earthquake and that the jolt was ‘very strong’.

Some of the witness reports: “It felt like it lasted eight seconds, it was shaking a lot.” “It woke me up, I felt it strong.””First a slight roar and then it shook well.”

Map of felt reports received so far following the #earthquake M4.3 in Croatia 41 min ago pic.twitter.com/S5KIIWgxGP