Adam Sandler plays a talent manager working in Los Angeles in the 1990s in the new film Sandy Wexler, and as Goal reports, the Croatian midfielder’s shirt ends up in the film.

In one scene Sandler, who is Sandy Wexler, finds himself in a Los Angeles bar standing in front of a wall which has Modrić’s shirt on it. Sandler in front of the shirt (screenshot)

The shirt is from Euro 2012 in Poland and Ukraine, which does not quite fit with the script that Sandy Wexler is a 1990s talent manager. The film was released on Netflix on April 14, 2017. 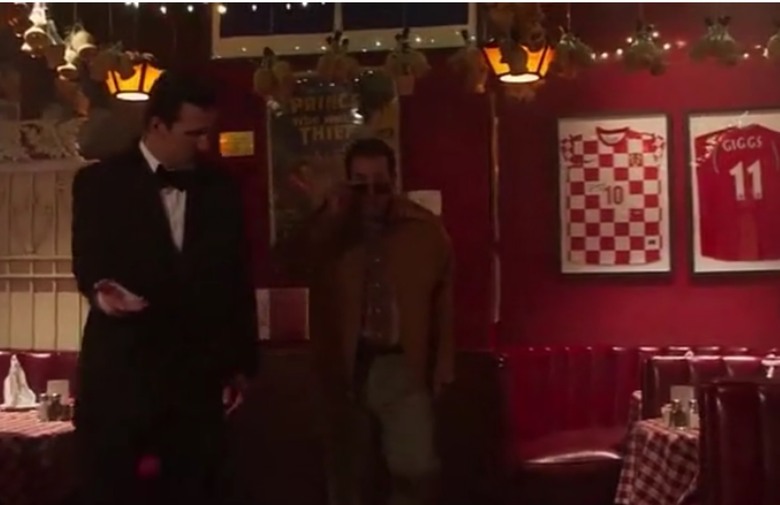