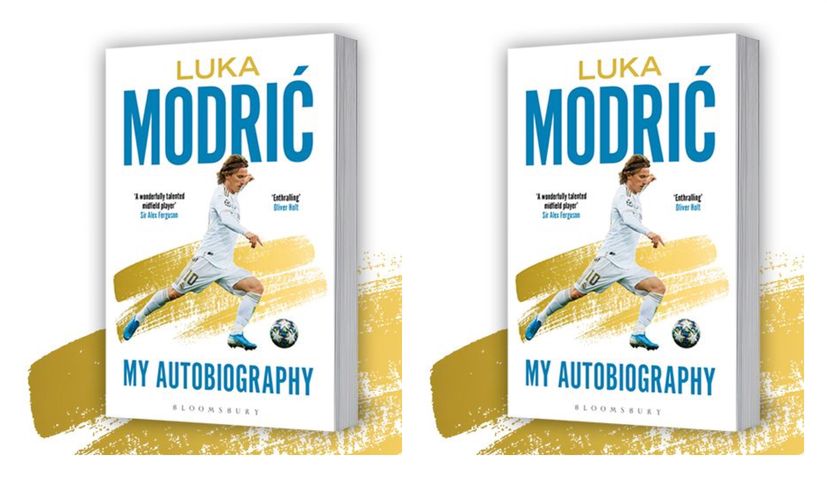 Luka Modrić’s autobiography, which was co-authored by Croatian sports journalist Robert Matteoni, has been shortlisted for the UK’s Telegraph Sports Book Award.

The autobiography about the life of the Croatia and Real Madrid star is nominated in the International Autobiography of the Year category.

“I have achieved more in my career than I could have ever dreamed of. I am proud of all the success, I decided to publish my autobiography after the World Cup in Russia,” Modric said when he presented the book at the end of 2019.

Known as a man of few words, in the autobiography about his life, Luka for the first time reveals many unknown details from his childhood, describes his football beginnings, reveals the background of all key moments at Dinamo, Tottenham and Real Madrid, and brings a personal look during the peak of his career during Croatia’s run to the final at the World Cup in Russia.

First published in 2019 by Hermes naklada under the title Luka Modrić – Moja igra, the book has been translated into 19 world languages and has become a bestseller, with more than 100,000 copies sold worldwide, and sections from the autobiography have been included in Croatian language school textbooks for 4th, 7th and 8th graders.

It was translated into English by Tomislav Kuzmanović in 2020 and published by one of the leading British publishers Bloomsbury.

Modrić has had an amazing career to date. He was the first Croatian to ever win the Ballon d’Or award back in 2018 and has won four Champions Leagues with Real Madrid, the 2018 World Cup Golden Ball for Croatia, UEFA Player of the Year, FIFA ‘Best’ Player of the Year and IFFHS Playmaker of the Year, as well as runners-up medal at the World Cup in 2018.

Since 2003, the Telegraph Sports Book Awards have been a major annual promotion for sports writing and publishing.