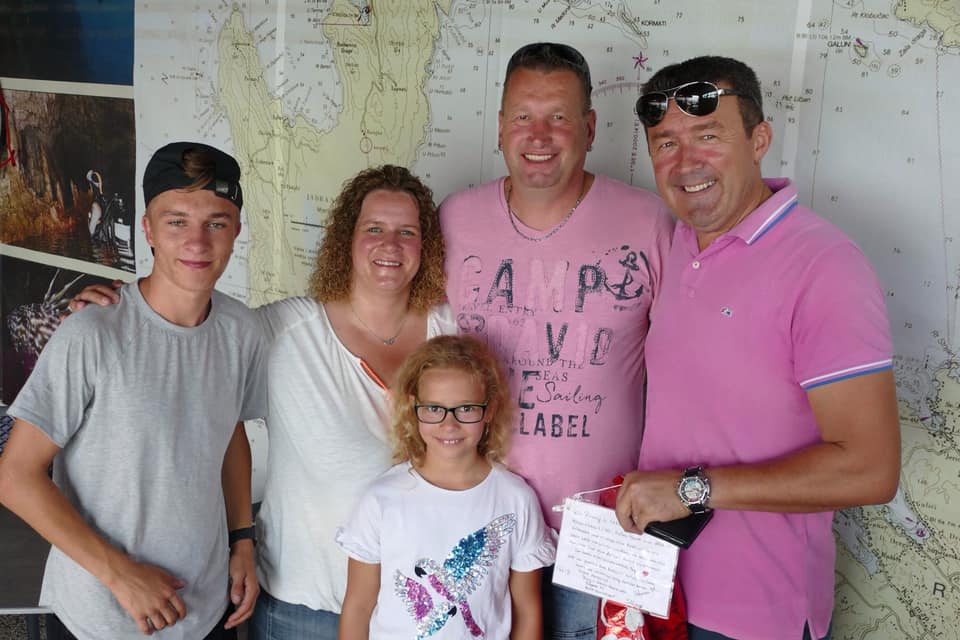 LOPAR, 16 September 2019 – An unbelievable story where a balloon with a love message from a wedding in German turned up at the location the couple had booked for their honeymoon in Croatia near Lopar on the island of Rab.

The story began at the wedding of German couple Sabina and Ronny in Memmelsdorf in Germany.

“We purchased red balloons for the wedding. We actually did not even think we would let them off into the air that night, but when they were filled with helium during the evening we decided to write messages on them for those who might find them. Then we let them off, around 11 pm,” Ronny starts telling the amazing story to HRT’s More.

Not in their wildest dreams did Sabina and Ronny think their balloon would fly across Europe and land in the sea near Lopar on the island of Rab.

What makes the story more amazing is that one month before the wedding, Sabina and Ronny had booked an apartment for their honeymoon in Lopar.

The love balloon was found by Mladen Škapul, who has run the Moby Dick diving centre in Lopar for a number of years.

“We noticed a balloon in the water during one of our dives. This was very shiny so we went to get it to see what it was. Then we read the message and put it on Facebook and the owners were tracked down and the rest is history,” Mladen said.

Mladen and the team at Moby Dick with the balloon and message (Photo: Moby Dick/Facebook)

“It is a miracle, nobody can explain it – how a small balloon flew 13 hours and over 1000 kilometres and landed near Goli Otok?,” said Lopar Tourist Board director, Marin Mušćo.

“It is an unbelievable story that the balloon made it here. We analysed it later and we believe that bad weather and bura winds that night it was let off has helped it reach us,” Mladen said, adding the balloon arrived a lot faster to Rab than the newlyweds managed to by car (15 hours).

“We, Sabina and Ronny Miekautsch from Memmelsdorf got married today, 27.06.2019 and we send this message into the world. We had a an amazing day. If anyone gets this message please contact us, we will be very happy,” said the message. 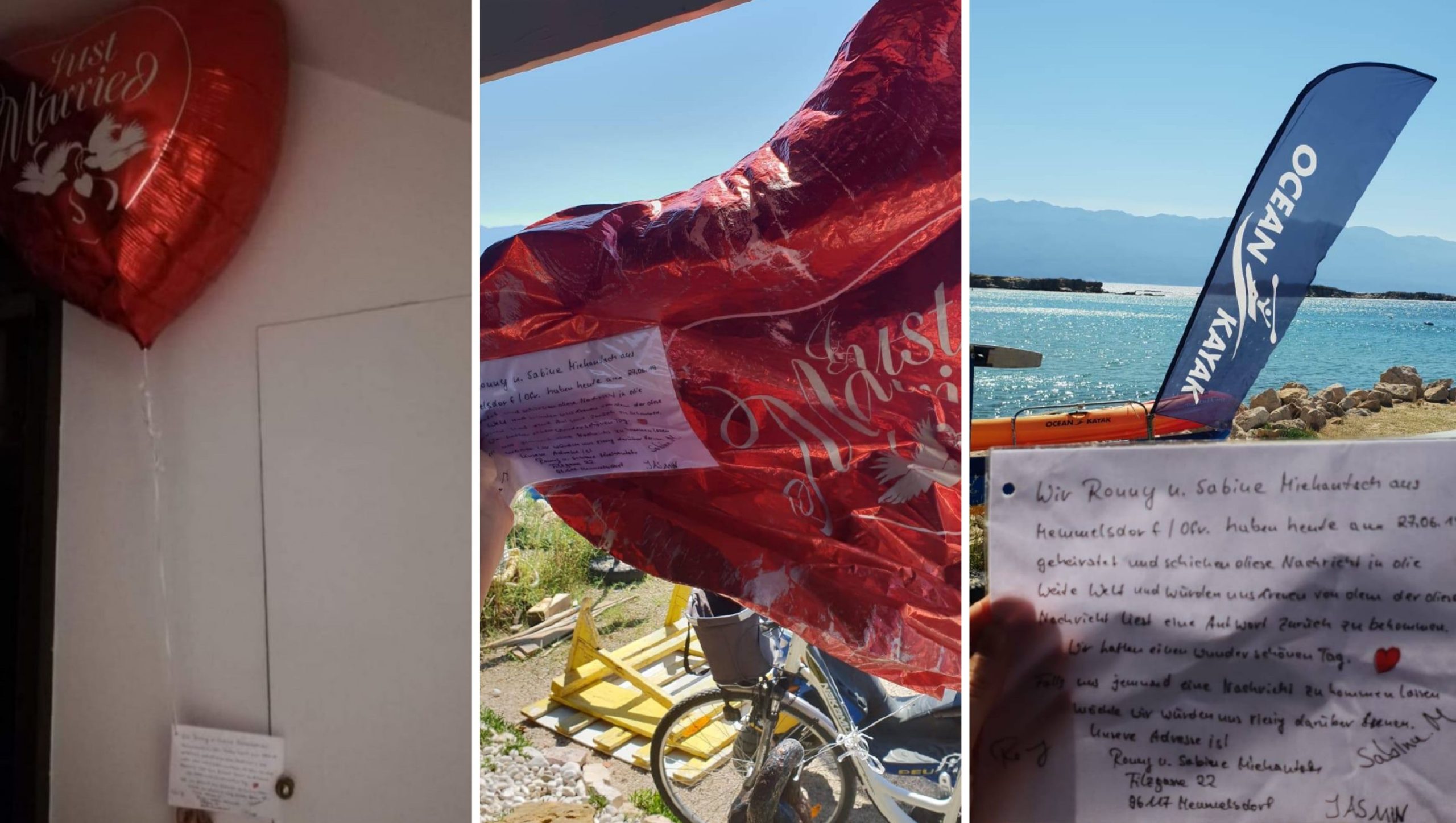 The balloon in Germany and later in Lopar after it was found (Photo: Facebook)

Sabina and Ronny are enjoying their time in Lopar and the surrounding islands, whilst the red balloon will be exhibited, with the story, at Moby Dick diving centre. You can see the video here.