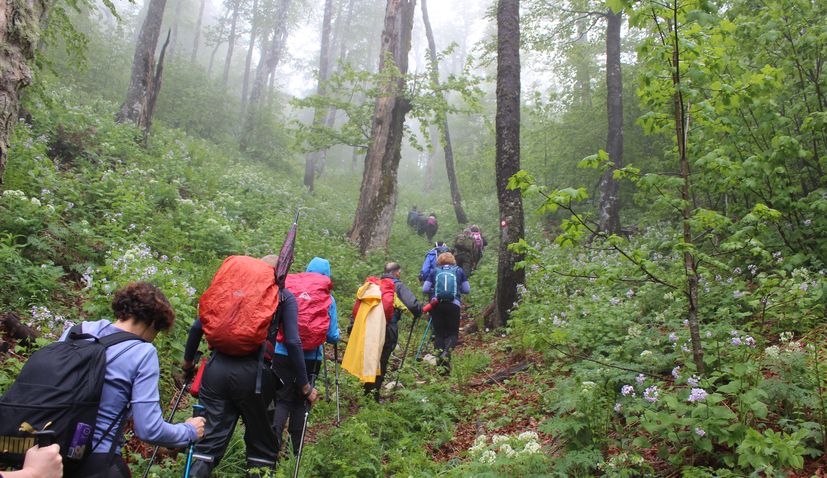 Lika je lik, translating as Lika heals, is the slogan of a joint tourism project of the Tourist Board of the Municipality of Plitvice Lakes, the Tourist Board of the City of Gospić and Udbina Municipality aimed at presenting key tourist attributes such as the pristine preserved nature, rich cultural and heritage and wonderful cuisine of the fascinating Croatian region of Lika.

Aiming to attract both local and International tourists to Lika, the tourist boards worked hard on emphasising the importance of implementing sustainable and responsible tourism, the transition to a circular economy and coordinated action, including local family farms offering domestic and fresh products to guests at their accommodation they are staying at.

Nature enthusiasts gathered to see first hand some of the amazing beauty the region offers when they conquered three peaks in Lika over three days. 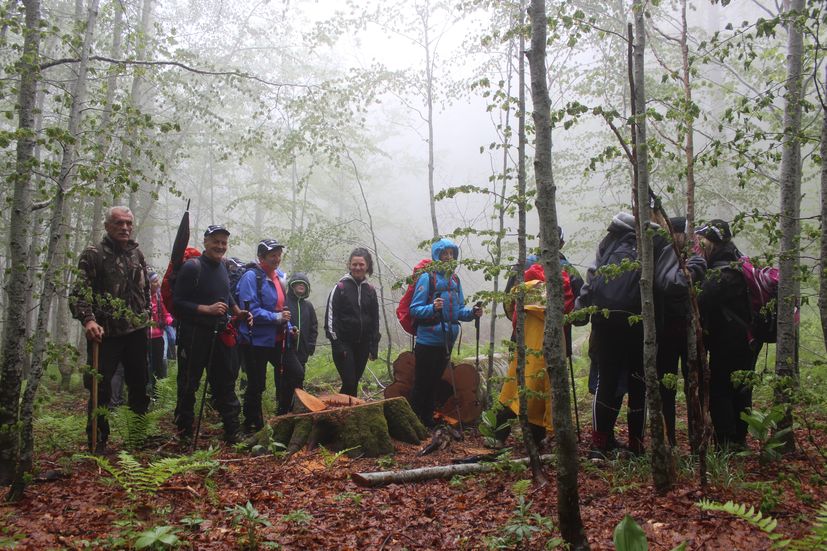 First up was the 1112 m climb to the top of Mrsinj in Korenica. 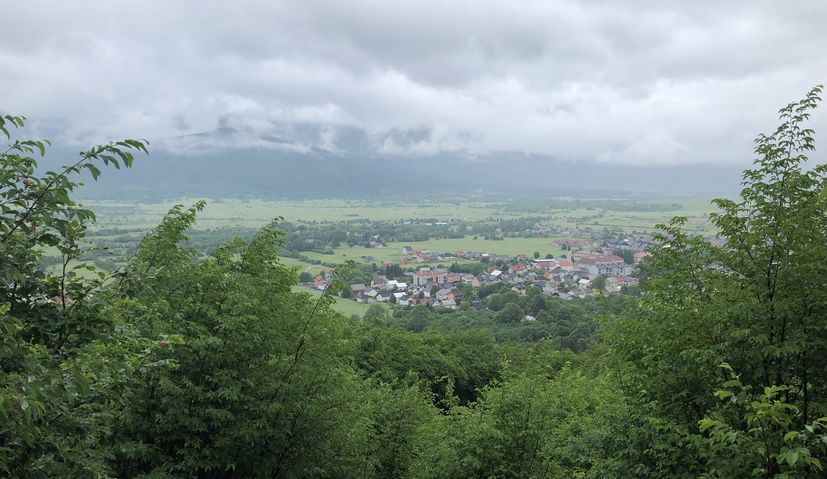 The peak features the remains of the medieval fortress “Mrsinj Grad”, the former home of the Frankopan dukes, and the remains of a former fortress are located below the stone peak. 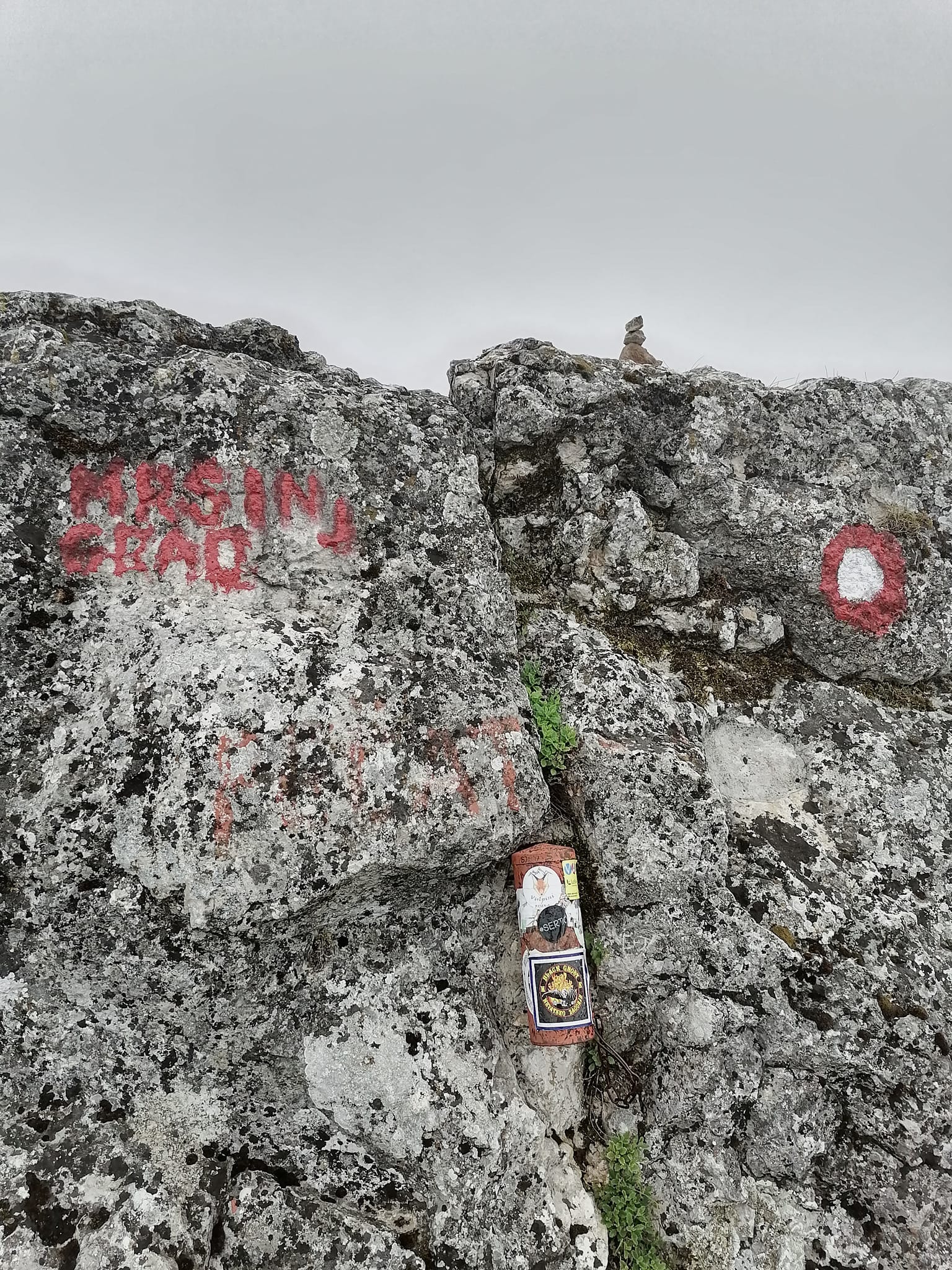 (Photo: Tourist Board of the Municipality of Plitvice Lakes)

Mrsinj Grad fortress also has a religious purpose. It was the first church administrative centre, where the bishops of the Krbava diocese (since 1185) sat. 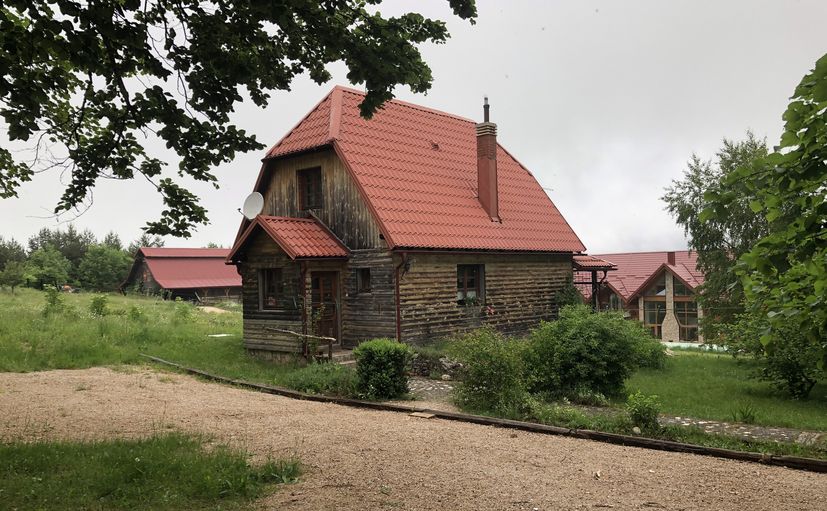 After descending down Mrsinj, a hearty lunch of hunters’ stew and polenta awaited the group at La Ursula restaurant at Mrzlin grad tourist resort. On the second day, the climbing tour headed to Udbina to tackle Ozeblin, the highest peak of Lička Plješivica. From the top, as many which 17 mountain peaks, including Sinjal, the highest peak in Croatia and also one of the highest peaks of the Dinarides mountain range, can usually be seen but on this day heavy fog made it difficult to see. 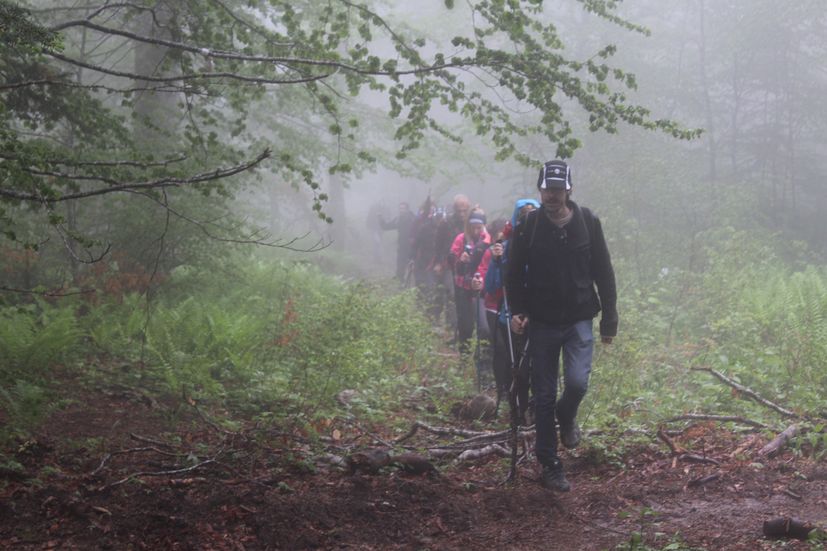 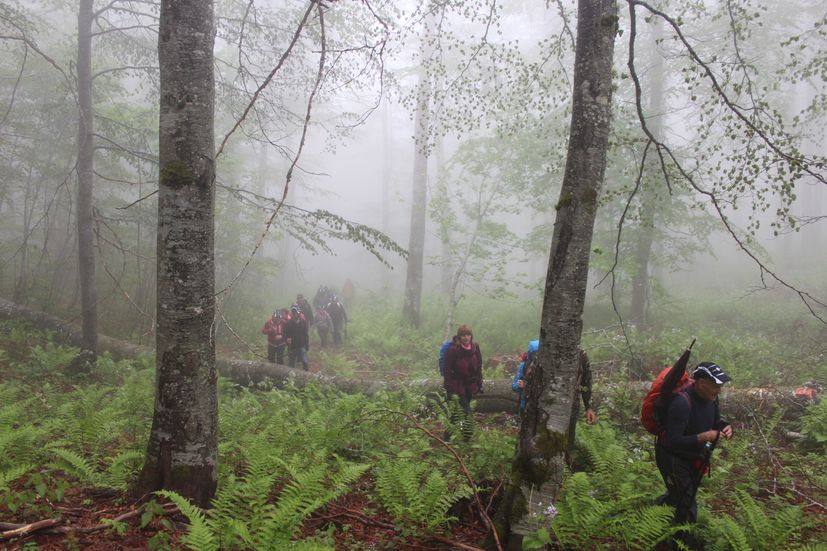 After the climb, the group had the chance to enjoy lamb on the spit at the Natura Beef farm which was deliciously cooked by the Šljivić brothers and fire department DVD Udbina.

Oštra hill, just four kilometers away from the city center of Gospić,  was the final peak tackled. From the top, climbers had an irresistible view of most of the peaks of the middle and southern parts of Velebit. 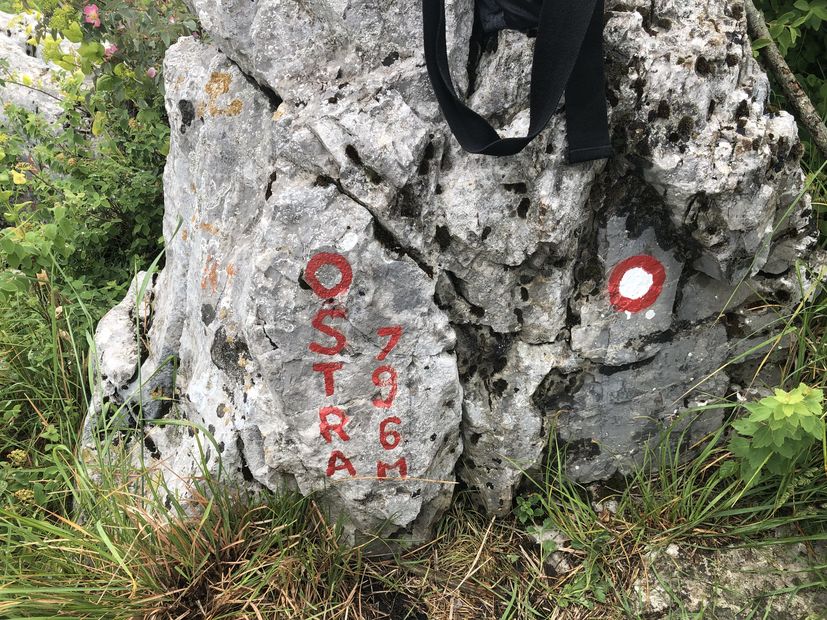 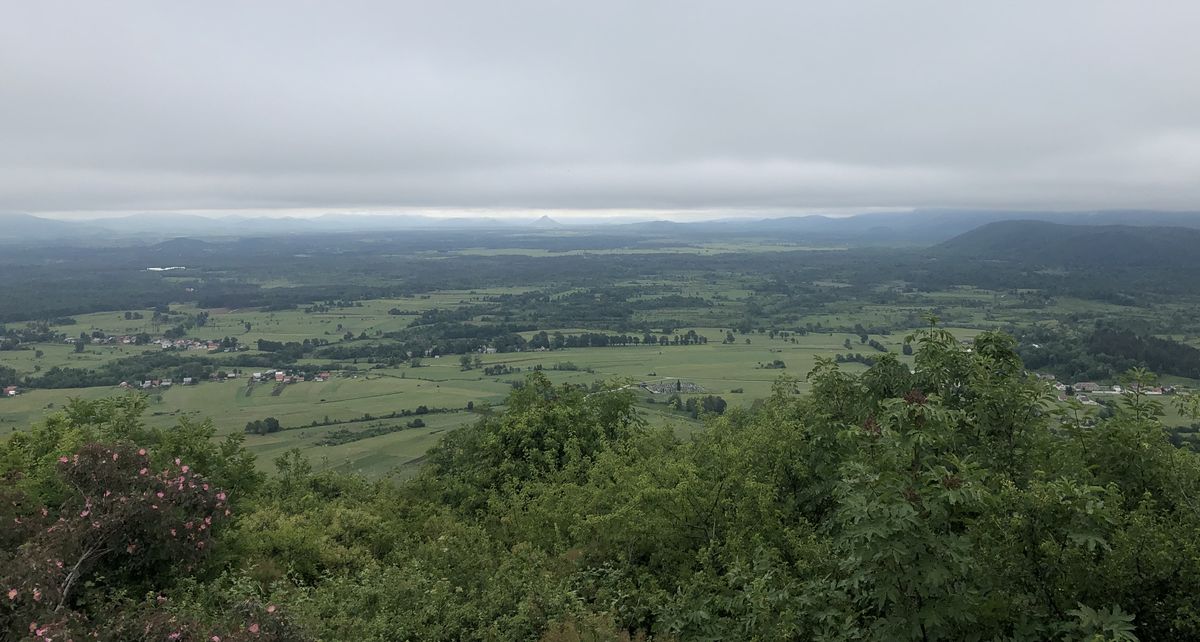 View from the top of Oštra

The event ended with hikers enjoying a delicious “kotlovina” meal in the nearby village of Trnovac. 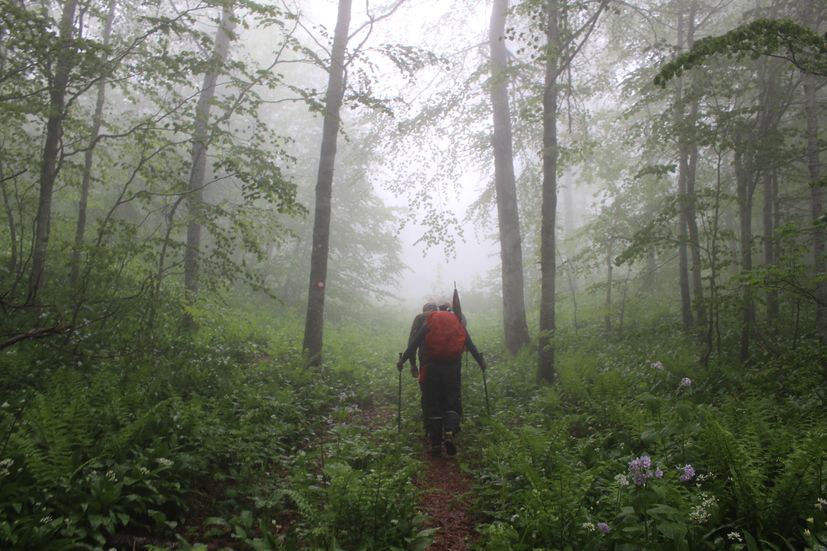 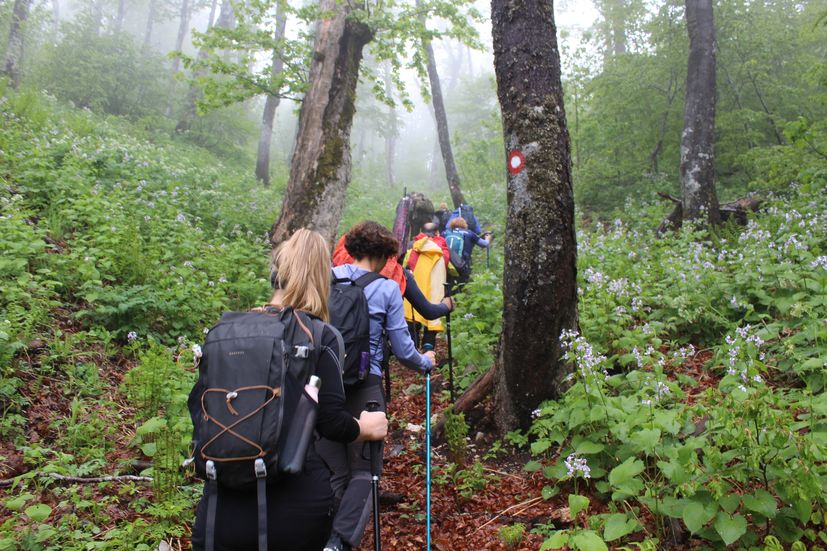 The Lika je lik initiative was launched during the pandemic aimed at local tourists when the borders were still closed, but as the borders started to open it is now aimed to also attract International tourists.

We spoke to the key people from each of the three bodies involved in the Lika je lik project.

“Lika is definitely experiencing a tourism boom, there is an increase in tourist arrivals and accommodation capacities year after year. Plitvice Lakes, a municipality with 4000 inhabitants has 500 renters with over 5,300 beds. There is also an increase in glamping capacities, we have a four star hotel which has opened and various tourist villages. As far as the Lika je lik campaign and initiative is concerned – it was always present, we have just included additional content into the same package. There is definitely an increase in the number of prolonged tourists stays and we are always looking for ways to further increase that,” said Boris Luketić, Plitvice Lake Tourist Board, Professional Associate.

Maja Strilić, director of Tourist Board of the City of Gospić, says that the pandemic changed tourism trends.

“People are looking more and more into nature, and Lika is ideal as far as that goes. Gospić has 1200 beds, around 148 renters and 60 percent growth in the last 4 or 5 years. The biggest winners of the pandemic era were those isolated accommodations, without crowds and surrounded by nature. Another thing we have done during the pandemic is we have connected holiday homes with family farms that offered direct delivery of domestic food and products,” Strilić said.

Udbina, a small municipality with just 500 people, attracts over 40,000 pilgrims and visitors a year to its Church of Croatian Martyrs.

“Religious tourism is definitely the main stream of tourism traffic, but during the pandemic there was increase in demand for private accommodation. Right now, a project to build a private hostel in Udbina is underway to accommodate the increasing number of visitors. We have great infrastructure for adventure tourism – biking tracks and hiking routes, we have 300 family farms, and 90% of them are eco-certified,” said Josip Seuček, Udbina Municipality Mayor. 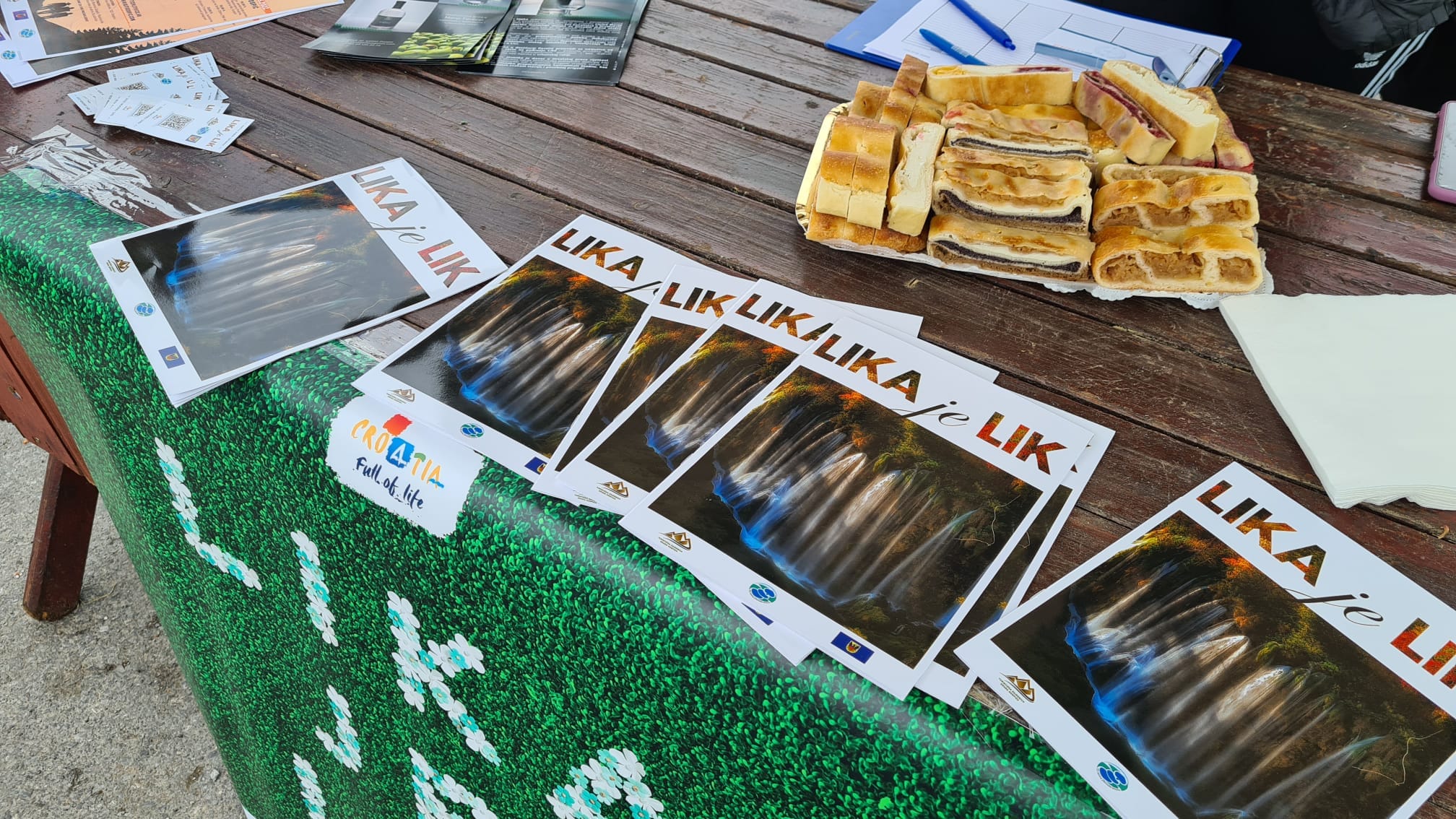 (Photo: Tourist Board of the Municipality of Plitvice Lakes)

More information about the Lika je lik initiative can be found on the website here.