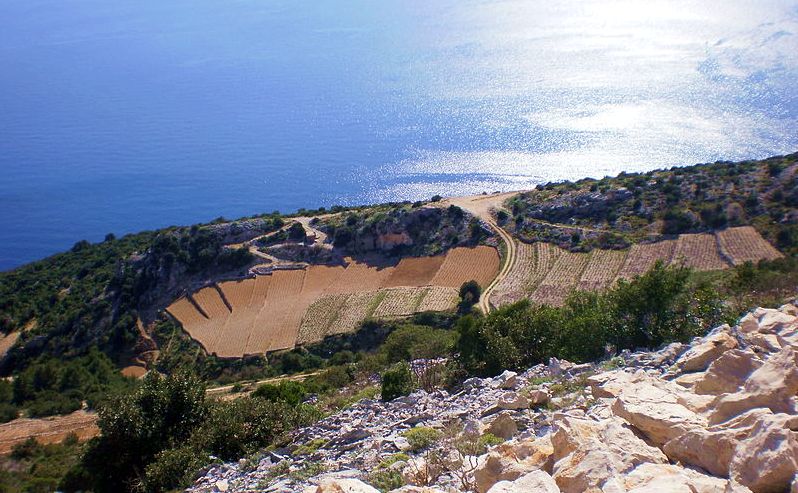 While tourists enjoy the beach with a view of the neighboring island of Korčula, they are largely unaware of the treasure that lies just above them…

On the steep, precipitous southern slopes of the Pelješac peninsula, the Plavac Mali variety is being cultivated. And the only way its grapes can be reached is via the strength of one’s own legs. These seemingly untouched shrubs often hide snakes. The bite of a horned viper is venomous, and leaves the grape pickers wary of entering the vineyard.

Luckily, the traditional donkey has always been a faithful companion, and will carry the crates of grapes to the winery, thus helping the Dalmatian laborer. The donkey has thus become one of the symbols of Dalmatia, and as a result, finds itself to be an informal logo found on numerous labels of wine from this position.

This mythical position is called Dingač, a protected winegrowing zone since 1964, protected as an area of origin in Geneva in 1964. Dingač’s neighbour Postup was similarly distinguished a few years later.

Plavac Mali is the most widespread variety of Dalmatia. Why is Dingač so special? Dingač and the neighbouring Postup are known as the most extreme conditions in which Plavac Mali can be cultivated. In these conditions, the vine is exposed to so called triple insolation. The “three suns” which the vine is exposed to begin with direct rays of sun, made more potent by the vine’s position in a dry area largely devoid of rain.

That’s why wine from Dingač and Postup is pure solar energy in liquid form. On this kind of rock, the vine looks for sustenance through roots which reach as far as ten metres deep. Because of this, these grapes are capable of withstanding the driest drought, and thanks to the tilt of the earth, which acts as natural drainage, the heaviest rains don’t bother it either. 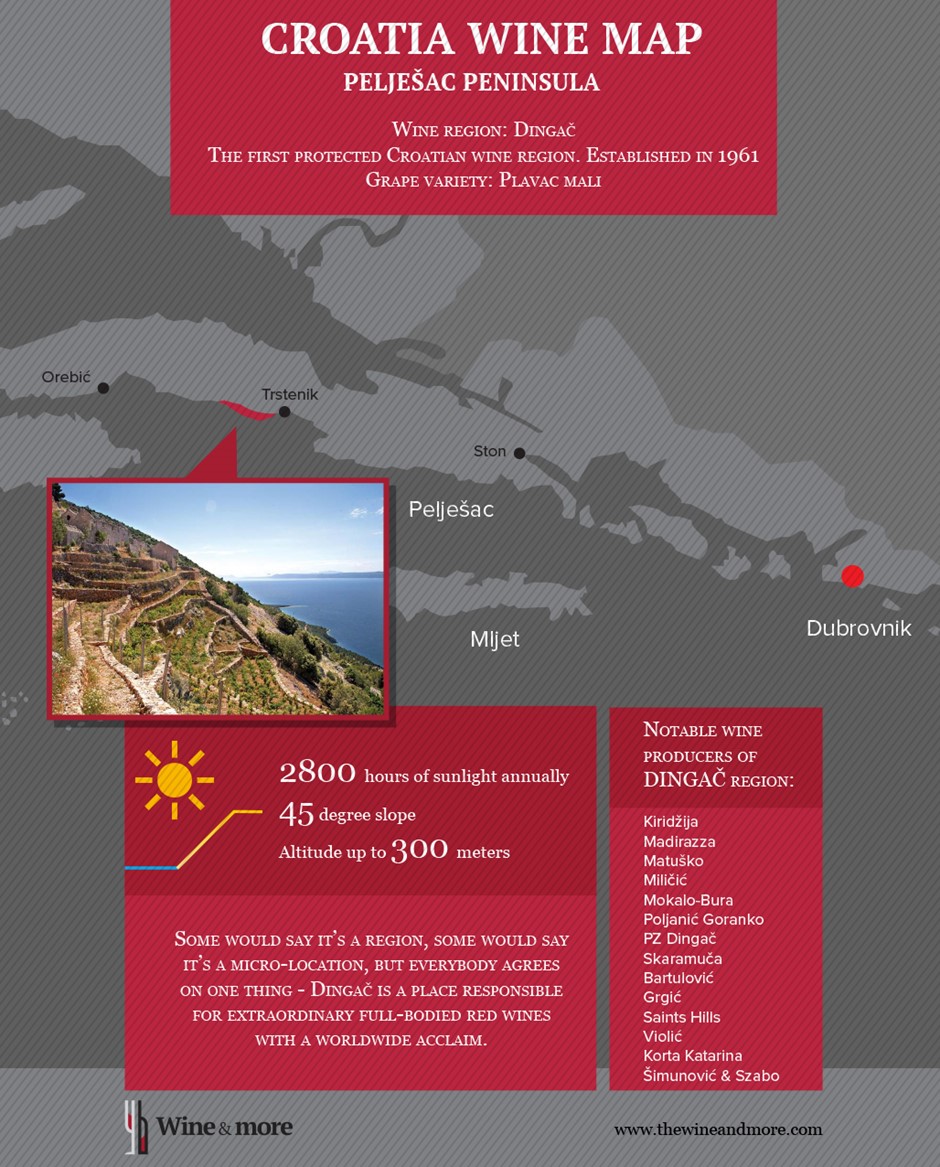