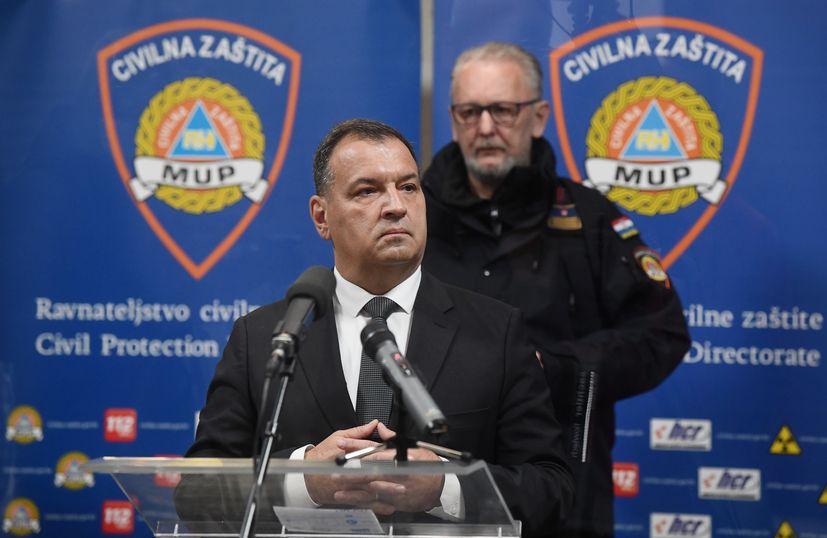 ZAGREB, April 6 (Hina) – Forty new coronavirus cases have been confirmed in Croatia in the last 24 hours, and one more person has died but the epidemiological situation is still good, the national civil protection authority said on Monday.

A middle-aged man who did not have any previous illnesses died at Zagreb’s Hospital for Infectious Diseases, Health Minister Vili Beros said.

A total of 372 persons infected with COVID-19 have been hospitalised and 36 are on ventilators, which is two fewer than on Monday, Beros said, adding that the epidemiological situation in Croatia was still good.

“The increase in the number of cases is still linear but if we want to limit the duration of the threat, we must stick to experts’ recommendations,” he said.

“In the last 14 days, the Zadar County civil protection authority has been sent 33,000 protective masks, 350 FF52 masks, 1,400 protective overalls and 510 pairs of goggles. Of course, there can be problems but problems should be dealt with. The problem of the lack of adequate equipment should have been raised but not through the media,” said the minister.

The head of the national civil protection authority, Minister of the Interior Davor Bozinovic, said that the passes that were issued earlier would continue to be valid until Wednesday due to a large number of applications for e-passes.

Bozinovic said that by Monday 565,221 e-passes had been issued while 16,673 applications had been turned down.

By 11 a.m. on Monday data for 100,000 passes for employees working for large employers had been entered, Bozinovic said, advising all employers who apply for passes for up to 250 employees to do so on their own via the e-passes service for employers.

As for the possible reopening of farmers’ markets, he said that local civil protection authorities were doing their best to prepare those markets for reopening.

He noted that one had to be careful not to cause new hot spots and that preparations were underway to reopen both outdoor as well as indoor sections of farmers’ markets.

Asked to comment on SDP leader Davor Bernardic’s statement that the epidemic could have been predicted as early as January 9, Bozinovic described it as politicking.

“We are doing our best here regardless of political affiliation. We are willing to consider any constructive comment but politicking in the current situation is not welcome,” he said.

He thanked the Croatian Bishops’ Conference (HBK) for giving clear instructions to believers ahead of Easter to avoid any gatherings.

“I hope those messages will reach all members of the clergy because they spread love and care for one another,” he said.

Capak: We are holding up well, situation could soon become favourable

The head of the Croatian Public Health Institute, Krunoslav Capak, said that serological testing, which detects antibodies that do not develop at the very onset of COVID-19, was not a priority but that PCR tests that detect the viral genome were.

Serological tests are nonetheless being worked on, and the public will be informed when these are ready, he said.

“We cannot speak about stagnation in Europe but we are controlling the situation well and it could become favourable very soon,” he said.