LADO ensemble, Croatia’s most successful ‘cultural export product’ thanks to their performances which represent the rich and diverse regional musical and choreographic traditions of Croatia, have announced their Easter tour dates.

LADO will celebrate Easter with vocal-instrumental concerts, the first of which is on Easter Monday in Zagreb.

The culmination of the Easter tour will be concerts in Rome, in cooperation with the Pontifical Croatian Institute of St. Jerome and the Croatian Embassy in Italy, which will mark the 30th anniversary of the establishment of diplomatic relations between Croatia and Italy and international recognition of Croatia.

Concerts will be held on April 22, 2022 at the famous Roman Conservatory of Santa Cecilia and on April 23 at the Croatian Church of St. Jerome.

Upon returning to Croatia, LADO will perform a concert in Zagreb, on April 27 in the Church of St. Anthony of Padua and on April 28, 2022 in Novska and on April 29 in Slavonski Brod.

The Easter program is an opportunity for LADO to finally perform for audiences the album of Croatian Easter folk songs “Veliko je sad veselje – hrvatske uskrsne pučke popijevke”, which won a Porin award for the best folklore album.

The album was released during 2021 and, in addition to being named the best folklore album, it is also the first Easter-themed album in the ensemble’s tradition of over 70 years.

The album brings 11 musical numbers from different parts of Croatia – Dalmatia, Istria, Lika, Baranja, Turopolje, Banovina and Slavonia. Tunes from Strizivojna and Slunj and the item “Dika Bogu” from the Liturgical Candate of Tomislav Uhlik have also been added for the concerts.

This is LADO’s 34th album, and it was created in collaboration with the artistic director of the Ensemble, Krunoslav Šokac and MAST Production. 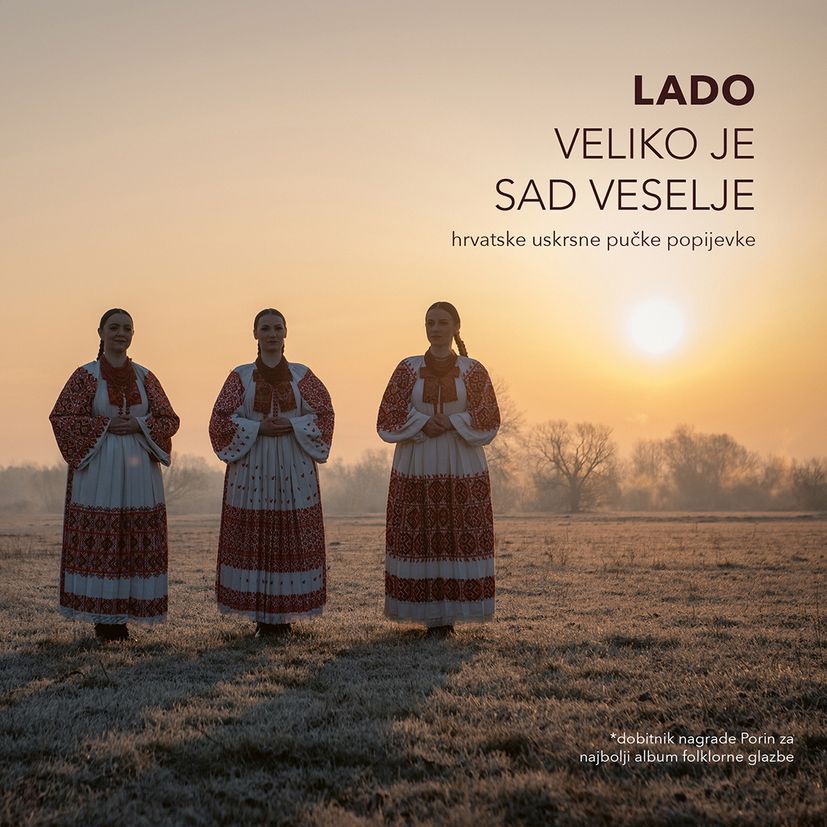 “Apart from the fact that this is LADO’s first Easter album, the album is special in that, due to pandemic circumstances, only a small part of the ensemble participated in its realisation, along with the Orchestra, and it is a choir of 16 artists,” said Krunoslav Šokac.

With this program, LADO continues to fulfil its task of collecting, processing and staging the most beautiful examples of Croatian musical heritage.