MCL in Split this week

The Dalmatian city of Split will play host this week to some international cricket when the 2nd Mediterranean Cricket League (MCL), European cricket’s newest ICC approved T20 tournament, gets underway.

The 2nd MCL will be held from 8-11 June 2017 at the home of Sir Oliver Cricket Club in Kaštel Štafilić and feature teams from Croatia, Romania, and Estonia. 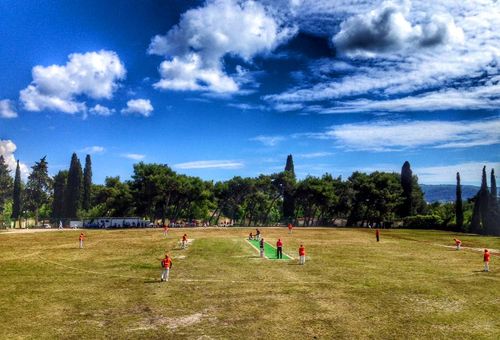 Former Australian cricketer Simon Katich, who is of Croatian heritage, is the MCL Ambassador, whilst the Sir Oliver Cricket Club in Split and the Croatian Cricket Federation are co-hosting the tournament.

Entry to the ground, which is located at Resnik Resort (address: Njiva Sv. Petra 6, Kaštel Štafilić), is free throughout the tournament.

It will be the second taste of international cricket in Croatia in as many months. Early in May 10 teams gathered on the island of Vis to play the annual Vis International Sixes tournament. Today there are 3 clubs in the country – in Split, Vis and Zagreb.