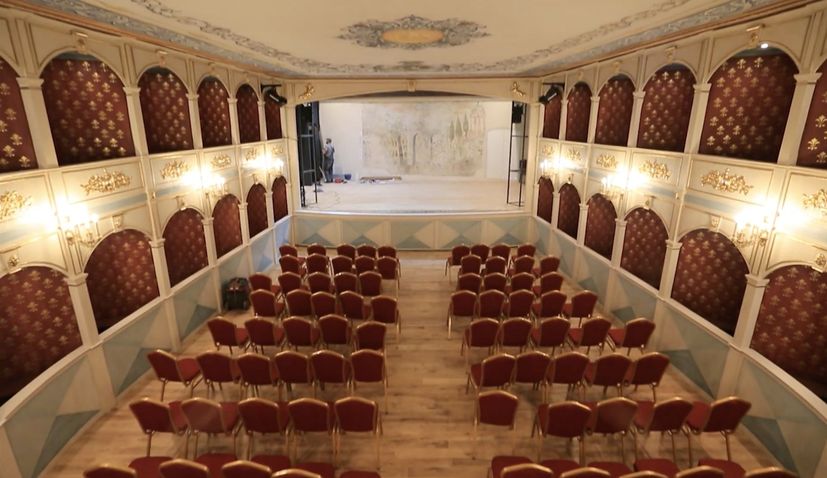 ZAGREB, May 10 (Hina) – The Hvar Theatre and Arsenal have received the prestigious European Heritage Award / Europa Nostra 2020, through which the European Commission recognises good practice in preserving the tangible and intangible heritage, and raises awareness of the European cultural heritage.

The European Commission and Europa Nostra declared this years’ winners of the prestigious award a few days before Europe Day, celebrated on 9 May. Europa Nostra declared 21 winners from 15 countries who have been recognised for their achievements in the areas of conservation, research, dedicated work and education, specialisation, and raising awareness.

An independent jury, selected from among heritage experts from across Europe, has reviewed and evaluated applications submitted by organisations and individuals from 30 European countries.

The renovated Hvar Theatre and Arsenal is the winner in the area of conservation, the Ministry of Culture said.

The Hvar Theatre is the first communal and the third Renaissance theatre in Europe, built at the turn of the 17th century on the main town square, opposite the loggia and above the Arsenal. The theatre was renovated in many periods, and the greatest historical changes were brought by the renovation from the turn of the 20th century when it gained its present-day appearance.

Since 1990, the Ministry of Culture, along with the Town of Hvar, has been systematically investing in and financing the demanding project of renovating the Arsenal with the historical Theatre, and in 2012, when the Theatre was celebrating its 400th anniversary, the complete restoration of the interior started. The restoration, which lasted for three decades, was managed by the Conservation Department in Split, and the project was led by many scholars and experts, while the work was carried out by Croatian restoration companies and the Croatian Restoration Institute.

“The restored Hvar Theatre was opened on 2 May 2019 with a musical and theatrical performance,  once again becoming a cultural and social centre. The Hvar Theatre is a witness to tradition and continuity as the basis of a nation’s cultural heritage,” the ministry said.

The ministry’s annual Vicko Andric Award for 2018 was presented as a group award to all participants for the completion of the Hvar Theatre and Arsenal renovation.

The European Heritage Awards are presented in order to recognise and promote best practice in protecting the tangible and intangible heritage, encourage cross-country exchange of knowledge and experiences all over Europe, raise public awareness of the European cultural heritage, and encourage future positive initiatives through good examples.