Home » News » Hospitals in Croatia to receive over $160,000 in support from Association of Croatian American Professionals Foundation, one equity partners 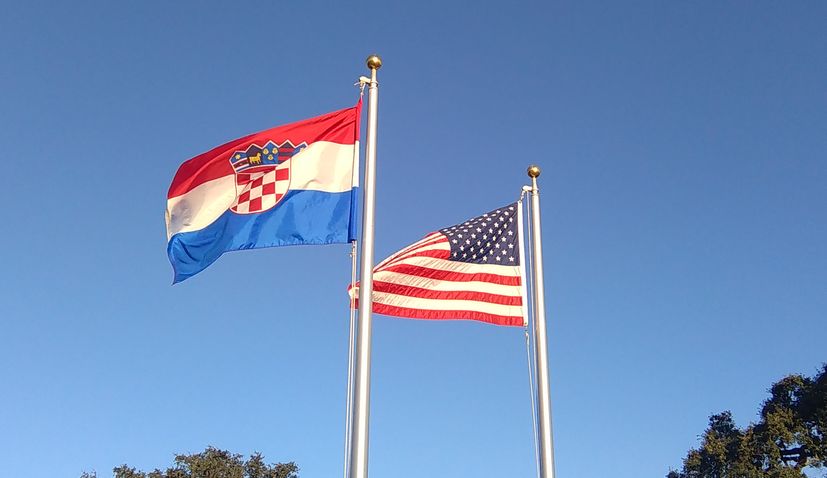 Rancho Santa Margarita, Calif., APRIL 14, 2020 – The Association of Croatian American Professionals Foundation (ACAPF) announced that over $160,000 has been raised to help hospitals in various parts of Croatia purchase critical medical equipment and supplies to meet the needs of their patients after the challenges of the March 22nd earthquake in Zagreb and the ongoing COVID-19 pandemic.

Following a generous contribution of $125,000, donated by Mario Ančić, Ante Kušurin, and their partners Dick Cashin and Steve Lunau at One Equity Partners, the first installment of funds were transferred today to a charitable fund “Croatia against Coronavirus” established and administered by the government of Croatia.

“We understand that help is needed and needed now, especially for the newborn and those most vulnerable. We are grateful for the outpouring of support from over 400 donors at the grassroots and corporate level,” said Dr. Steven Pavletić, MD, ACAP vice president.

“These are difficult and uncertain economic times for everyone,

including our members. The show of unity and support across all parts of the United States has been extraordinary.”

This is the first major fundraising effort for the ACAP Foundation since it launched last year. The foundation’s mission was intended to support a variety of initiatives aimed to encourage business and educational experiences in Croatia. However, in recent weeks it became very clear to ACAP members across the United States, that the recent natural disaster and pandemic was an urgent call to react to Croatia’s human services crisis.

What began as a grassroots effort when Šibenik-born Ivan Milković, an IT entrepreneur and CEO of Sales Peritias in Zagreb, contacted his colleague Miryana Joksović of ACAP’s chapter in Silicon Valley to set up the GoFundMe campaign, quickly spread among ACAP members and other Croats living in the United States. Mr. Milković, a former basketball player, reached out to Croatian basketball players Rok Stipčević and NBA-standout Dario Šarić who joined the effort. Within one hour of the earthquakes striking at the heart of Zagreb, a donor drive was being organized to help relief efforts.

“As a child growing up in Šibenik during the Homeland War, I still remember the hard times and what our parents had to go through. I wanted to do something to give back,” says Mr. Milković. With their parents and loved ones being war veterans, Karlovac-born Ms. Joksović echos the statement, saying “we felt a deep obligation to help

and assist those on the front lines this time一hospitals and their medical staff一as they bravely, selflessly and tirelessly work long hours to help our fellow Croatians.”

Other ACAP chapters soon followed suit in creating awareness for the fund. ACAP New York then shared the news that the ACAPF’s efforts would be supported with a $125,000 donation from One Equity Partners and its partners Dick Cashin, Steve Lunau, Mario Ančić and Ante Kušurin to aid KB Dubrava, a hospital in Zagreb, and KBC, a hospital in Split, in their COVID-19 pandemic efforts.

Croatian sports fans are very familiar with Mr. Ančić and Mr. Kušurin. Prior to graduating from Columbia University and becoming an investment banker, Split-born Mr. Ančić reached no. 7 on the ATP rankings and helped Croatia win the Davis Cup in 2005. A bronze Olympian in Athens, Mr. Ančić was also the Wimbledon

When asked about Mr. Cashin and Mr. Lunau’s connection to Croatia, Mr. Kušurin replied that “Dick and Steve are just great guys who recognize when people are in need.” Harvard-graduate Mr. Cashin is also a two-time former Team USA Olympian and a 1974 World Champion in rowing, as well as a prominent philanthropist in New

York City. Mr. Lunau is a Williams College graduate and a former captain of its hockey team.

Implementation of ACAPF’s donations in Croatia will be led by ACAP Zagreb chapter president, attorney Don Markušić and other chapter members. Markušić also chairs the Foundation’s stewardship committee which provides oversight to ensure all donations reach their intended recipient.

In addition to ACAPF donations already transferred to the government of Croatia’s charitable relief accounts, additional donations will be directed towards the purchase of medical equipment needed by hospitals damaged by the earthquake in Zagreb last month.

“We have been in daily contact with the hospitals in Zagreb and the Croatian Ministry of Health to identify their most critical need which at this stage appears to be a new neonatal incubator for Petrova Hospital,” said Don Markušić, ACAP Zagreb chapter president.

vulnerable for years to come will bring a sense of pride for our donors.”

ACAP members and donors are encouraged to explore additional funding options available with matching grants through their corporate employers.