Cardinal Josip Bozanić congratulated the HNS delegation on their great success, winning the bronze medal at the 2022 FIFA World Cup in Qatar, and on the affirmation of numerous values in the Croatian people that came through the activities of the Croatian national football team.

The representatives of HNS expressed their joy at the meeting, during which they thanked the Cardinal for his prayerful support and closeness. They said that the national team is guided by family values, patriotism and faith, which, along with football skills, led the national team to exceptional success. Speaking about the pivotal role of the Church in fostering unity in the Croatian nation, they said that this is also the goal of the Croatian Football Federation. In this sense, they presented the importance of the initiative to build a suitable football stadium in Zagreb.

Cardinal Bozanić referred to the importance of the national football team in contemporary Croatian society and its role in strengthening the strength of Croatian unity, in which work, sacrifice, modesty, solidarity, and unobtrusiveness are woven.

He also spoke about the importance of the positive messages of the national football sport, especially for children and young people. He emphasised that the Archdiocese of Zagreb supports the efforts that Croatia and Zagreb, as its capital, have the football stadium they deserve, especially considering the great football successes. 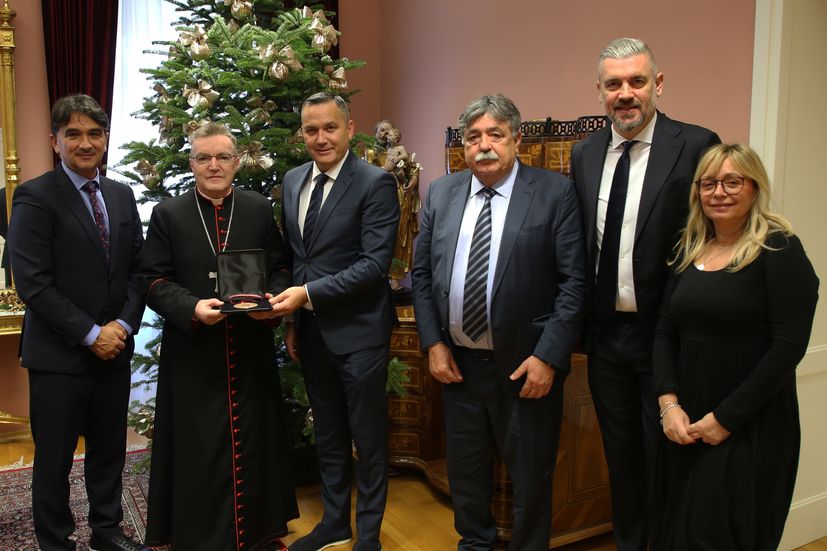 Cardinal Bozanić wished that the national team would continue to cherish the values around which it has now gathered, and he guaranteed his prayerful closeness to the members of the national team in future competitions as well.

HNS president Marijan Kustić and coach Zlatko Dalić presented Cardinal Bozanić with a bronze medal from the FIFA World Cup in Qatar, the same medal as the Croatian national team members got, as a gift as a sign of gratitude for the support of the national team. Cardinal Bozanić also received a jersey of the Croatian football team with the name of the captain Luka Modrić on the back.

The cardinal presented coach Dalić and the national team with a medal with the image of St. Josip, the patron saint of Croatia, of silver and gold shine, as their previous successes have and wished that this shine would accompany them in future competitions as well. 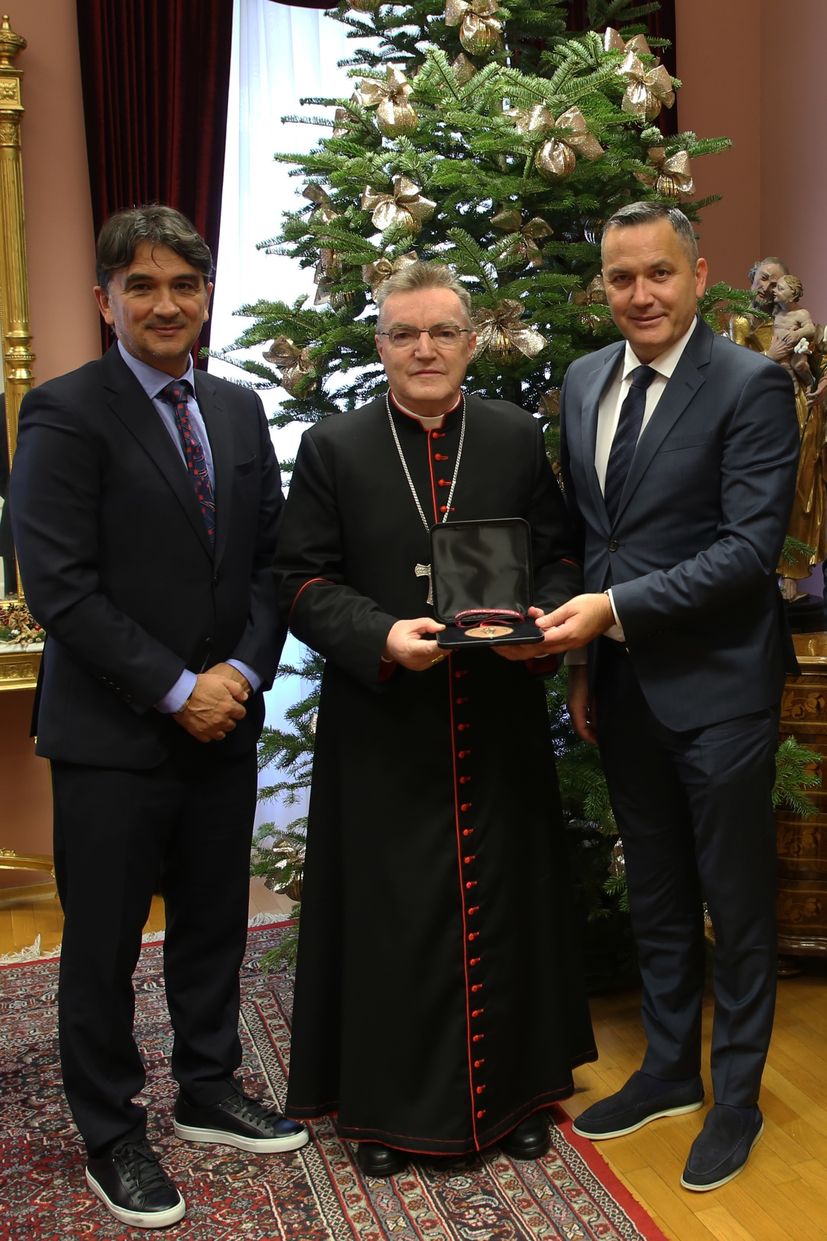 The delegation of the Croatian Football Federation at the meeting with the cardinal included, in addition to president Kustić and coach Dalić, the first vice-president of HNS Ante Vučemilović-Šimunović, the technical director of the A and U-21 national teams Stipe Pletikosa and the team manager of the A national team Iva Olivari. On the part of the Archdiocese, Pres. Ivica Budinšćak, director of UZUK, and Mr. Branimir Stanić, editor-in-chief of Glas Koncila.