10 October 2019 – The best ranked Croatian tennis player will be a women for the first time in over 16 years when the latest world tennis rankings are released on Monday.

Petra Martić and Donna Vekić will both have higher world rankings than their male colleagues Borna Ćorić and Marin Čilić. Martić will be the best-ranked Croatian at No.17 in the world, whilst Vekić is currently No.21st in the world on live rankings today.

If Vekić manages to reach the final of the Linz Open in Austria this weekend, she could jump to one place below Martić.

After being knocked out in the first round at the Shanghai Masters, Ćorić drops to No.22 in the world.

The last time the best-ranked Croatian tennis player was a woman was 16 and a half years ago when Iva Majoli was ranked No.25 in the world on 8 July 2002. 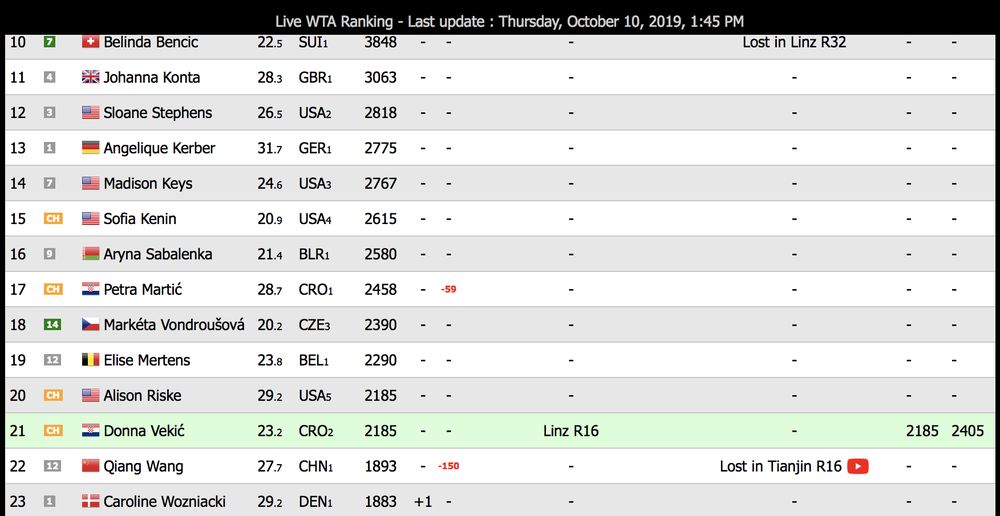 At the same time Goran Ivanišević was No.68 in the world. Ivan Ljubičić was just starting out in his career at the time but he would overtake Majoli on 21 April 2003 when she dropped to No.52 in the world and he had a ranking of No.45, Slobodna Dalmacija writes.

From that date it has been men who have held the highest rankings with Ljubičić, Ančić, Čilić and Ćorić dominating.