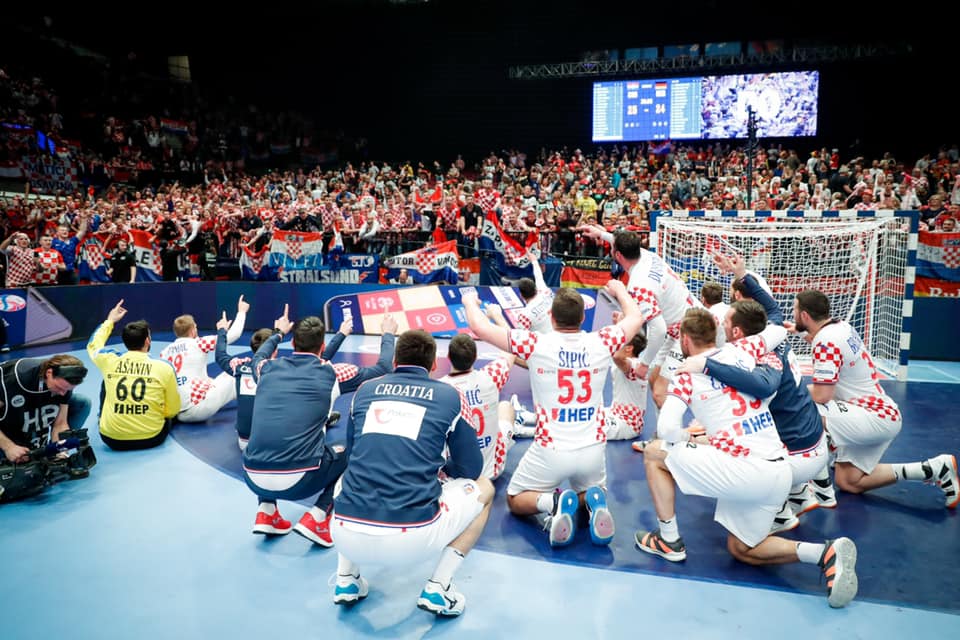 VIENNA, 20 January 2020 – Croatia has remained unbeaten at the 2020 European Men’s Handball Championship after defeating the Czech Republic in the Main Round on Monday.

Lino Cervar rested a number of players following the nail-bitting victory over Germany on Saturday which secured a semi-final spot for the Croatians.

With two rounds remaining in the Main Round, Croatia has six points and faced bottom-placed Czech Republic this afternoon. Both teams went goal for goal in the opening stages before Croatia managed to edge ahead towards the end of the first half thanks to some great saves from Matej Asanin.

Leading 11-9 at the break, Croatia would enjoy a four-goal lead early in the second half when Ilija Brozovic finished off a move. The Czech Republic came back and would equalise 16-16 with 14 minutes left in the match.

The result means that if Croatia beats Spain on Wednesday in the last Main Round game, then they will be in no. 1 spot and will play the second-placed team in the other Main Round group.

The semi-finals will be played on 24 January in Stockholm, with the final taking place on 26 January also in Stockholm.