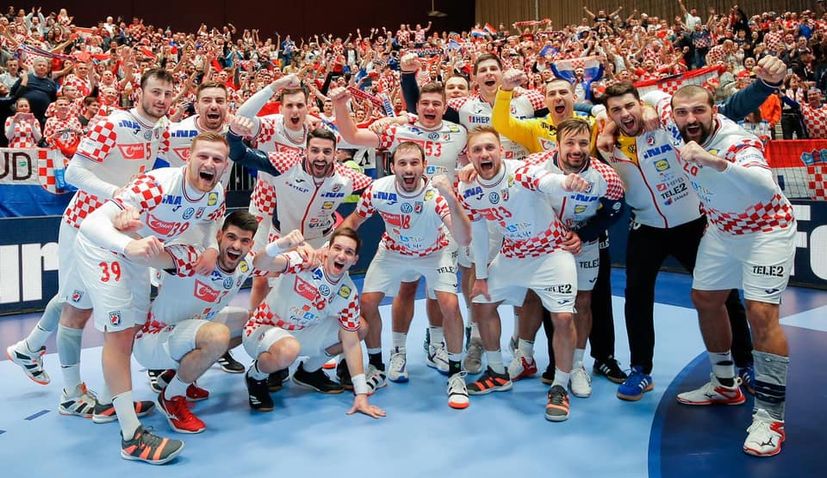 GRAZ, 11 January 2020 – After their opening match victory against Montenegro (27-21), Croatia met Belarus at the 2020 European Men’s Handball Championship in Graz on Saturday.

Once again it was impressive performance from Lino Cervar’s side and in the end a comfortably victory 31-23. The win means Croatia has confirmed their place in the Main Round as group winners after Montenegro beat Serbia in the other group match.

Croatia started the match how the finished against Montenegro and would race out to an early 7-2 lead. Belarus staged a mini fightback and would narrow the gap to 7-6.

Three goals each to captain Domagoj Duvnjak, Igor Karacic and Luka Cindric gave Croatia a deserved 15-10 lead at the break in front of vocal Croatian fans at Stadthalle hall.

Croatia kept up the tempo in the second half and a fantastic save by Marin Sego saw Croatia counter-attack to stretch the lead to 17-10. Croatia extended the lead to 10 goals midway through the spell.

Belarus tried to get back into the game but they were met with a compact defence led by Duvnjak and an in-form Sego in goal. At the other end, the goals kept coming with Luka Stepancic, Vlado Matanovic, Marino Maric and Luka Horvat getting in on the act as Croatia would comfortably see off their opponents in the end.

Watch the Game Highlights from Croatia vs. Belarus, 01/11/2020 pic.twitter.com/XGWYvpz83t

Once again the 4000-strong Croatian fans were impressive in supporting their team and did not stop singing throughout. Croatia will meet Serbia in their final group match on Monday.