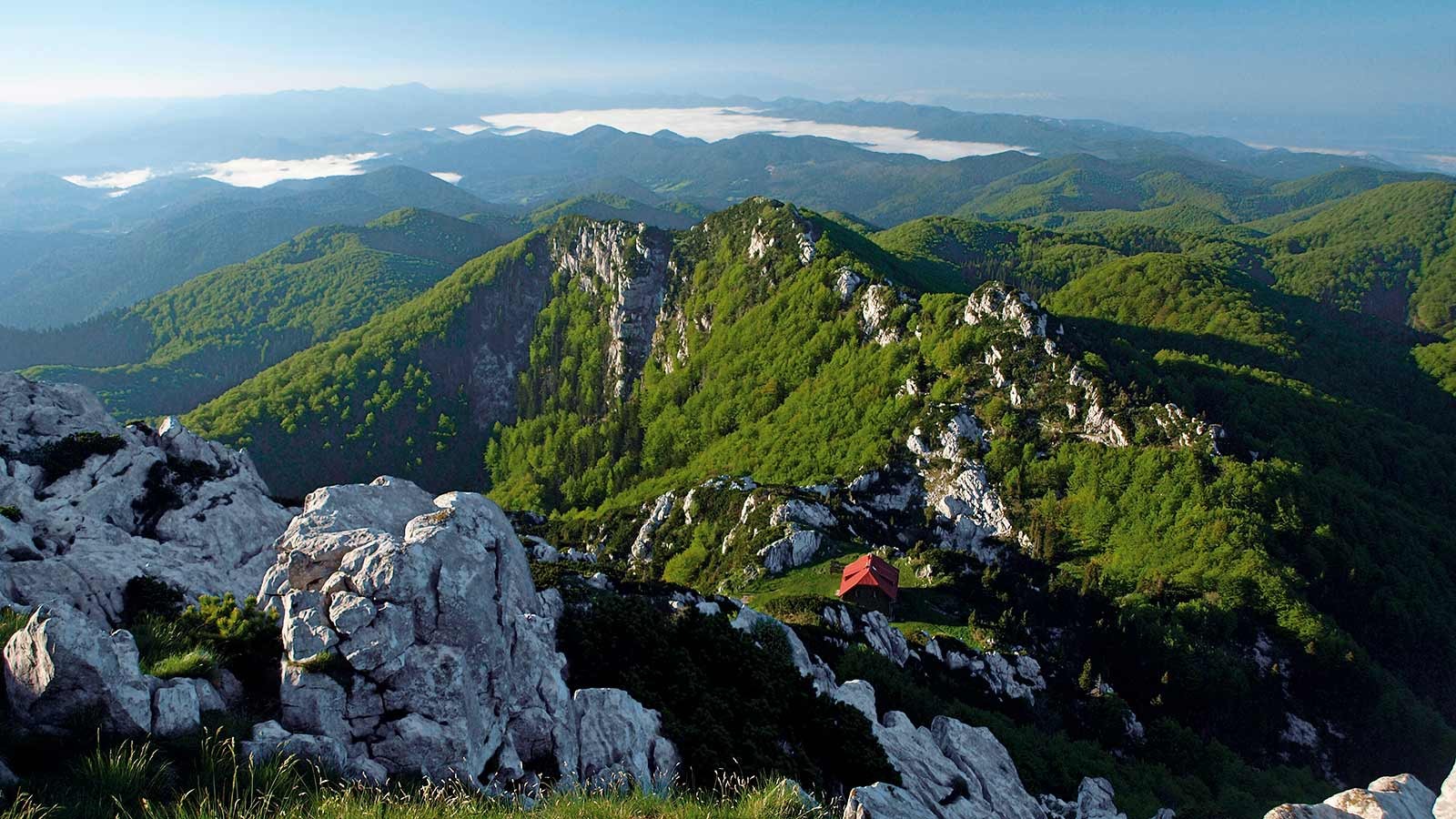 Croatia is one of the most diverse countries in Europe thanks to its geographic location. You can go from lying on a beach on the gorgeous Adriatic coast to enjoying forests and nature in the mountains in just a short drive. If nature is your thing Croatia has it in abundance.

One of those stunning mountainous regions is located between Karlovac and Rijeka. Because 63% of its surface is forested, Gorski Kotar is often called the green lungs of Croatia or the Croatian Switzerland.

Here are some things to check out and do in Gorski Kotar. 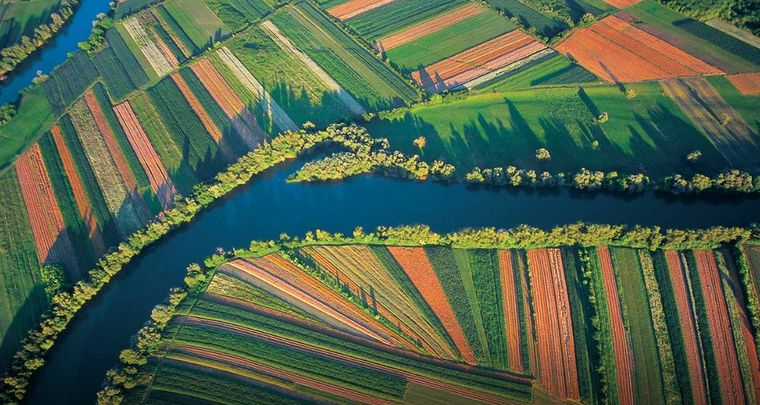 The River Kupa springs from a turquoise well that forms a small lake and is a mystery because of its depth and size. In its upper reach as a slow-moving river, Kupa forms the Valley of Butterflies, a geographically isolated area which hides rare butterfly species. It also flows through a rocky canyon which forms a beautiful sight.

Dobra (meaning the good one) is the second largest river of Gorski Kotar which disappears into a Đulin ponor, a chasm near Ogulin which hides a tragic love story, and emerges ten kilometers downstream. 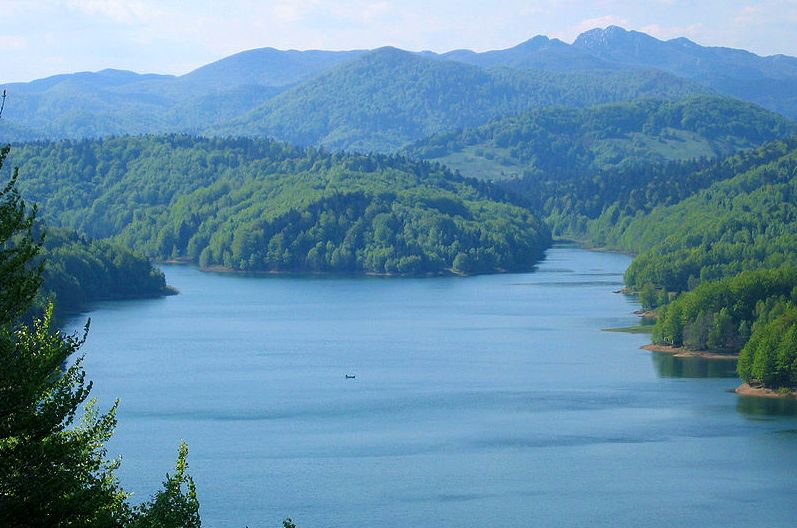 Lake Lokve near Risnjak mountain, lakes Bajer, Lepenice, Sabljaci near Ogulin and Potkoš near Fužine are beautiful lakes surrounded by forests and suitable for picnics, horse-riding, canoeing, surfing, swimming and absolutely enjoying! You can also visit a nearby paintball park. In lake Lokve is some of the biggest trout in the world so it a good spot to for trout fishing.

Bjelolasica is the area’s highest peak with a gorgeous view stretching all the way to the Adriatic sea. Nearby is the highest settlement in Croatia at an altitude of 1076 meters. Bjelolasica used to be the biggest winter sports center in Croatia, but there are now great ski centers in Platak, Čelimbaša, Polane and Petehovac near Delnice. 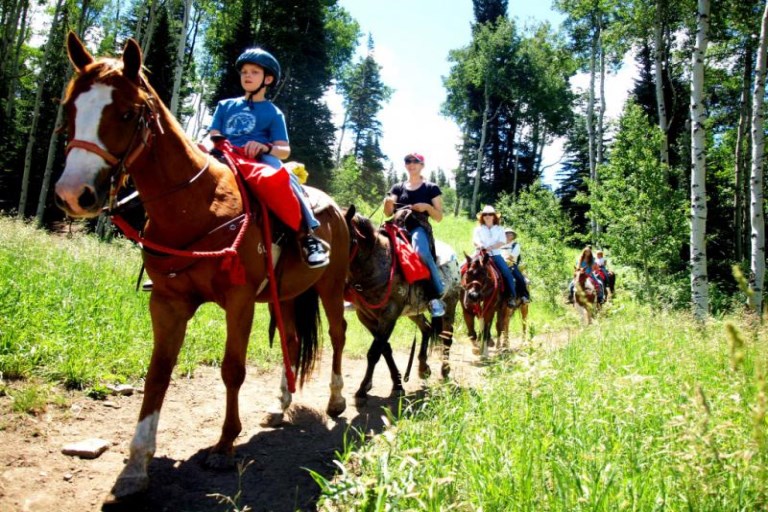 One of the most beautiful forest – covered areas with an astonishing view over the surrounding nature and extending to Kvarner and Slovenian Alps. Unique flora and fauna, big climatic differences between the Alpine air and Adriatic region and peaceful nature are a pretty good combination for a great vacation. 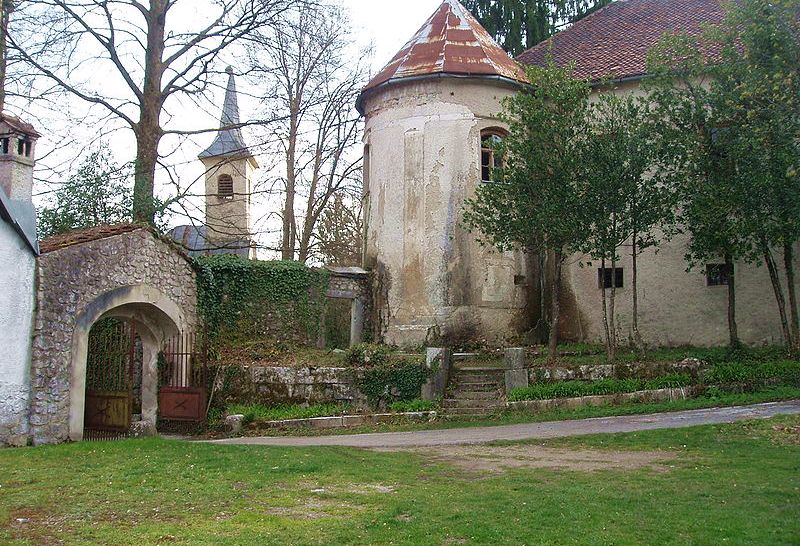 Zrinski-Frankopan Castle in Severin na Kupi belonged to well-known noble family Frankopan, just like the one in Stara Sušica near Ravna Gora. This one is said to be the only one not invaded by the Ottoman Empire during the 16th century. Petar Zrinski castle in Brod na Kupi from the 17th century, a museum today, and another Zrinski castle in Čabar are perfect and mystic examples of these parts. Walking down the history lane one could also visit the town of Prezid which hides an ancient Roman wall – the remnant of the classical Roman Limes. 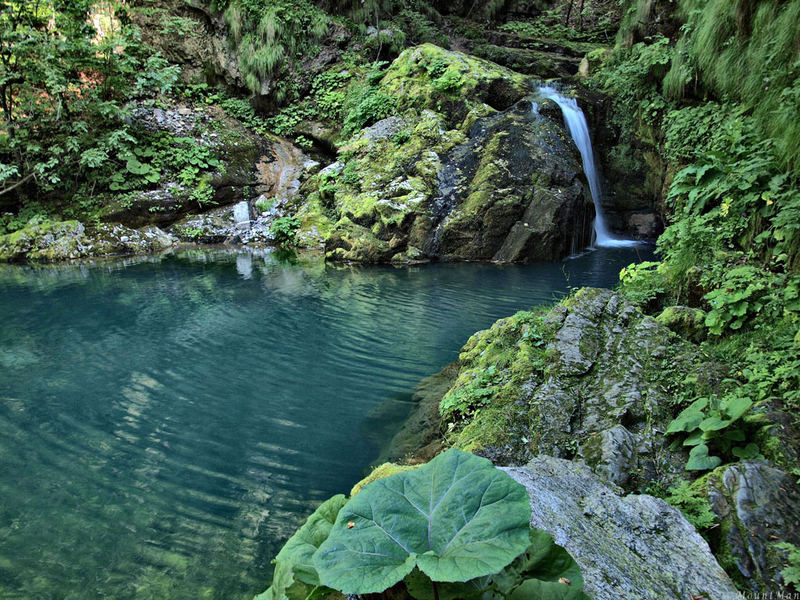 Kamačnik is a protected landscape near the mountain range Velika Kapela and Dobra river. It is a gorgeous watercourse in a canyon formed of Jurassic limestone, full of waterfalls and small lakes. It is a special sight after rains and the melting of the snow because of the water amount it accumulates. The perfect getaway with its calming views and sounds of water. Devil’s passage is one of the most beautiful canyons in Croatia, described as Dante’s path to Hell. Though, it is gorgeous and is surrounded by small bridges for a better view of nature. 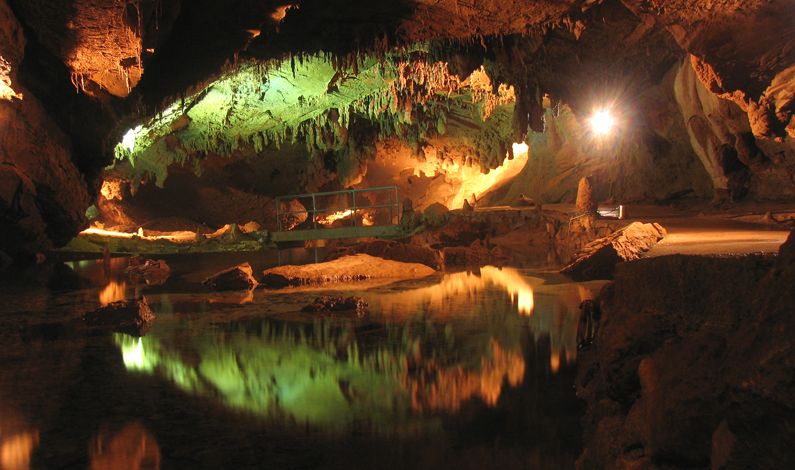 Lokvarka cave is one of the largest in Croatia and is a natural monument. It is full of spectacular cave formations and unusual icicles during the cold season. The temperature throughout the year is 6,5 – 8°C. Vrelo near Fužine is 3,5 – 4 million years old. It is only 300 meters long but holds a beautiful well, a lake and a chasm, and a nearby stream floods the cave in the rainy season. A perfect sight with its stalactites and natures decoration. It is also well adjusted for tourist, even the younger ones. Bukovac cave hides traces of prehistoric men, cave bears and panthers, so it is a great archaeological site. 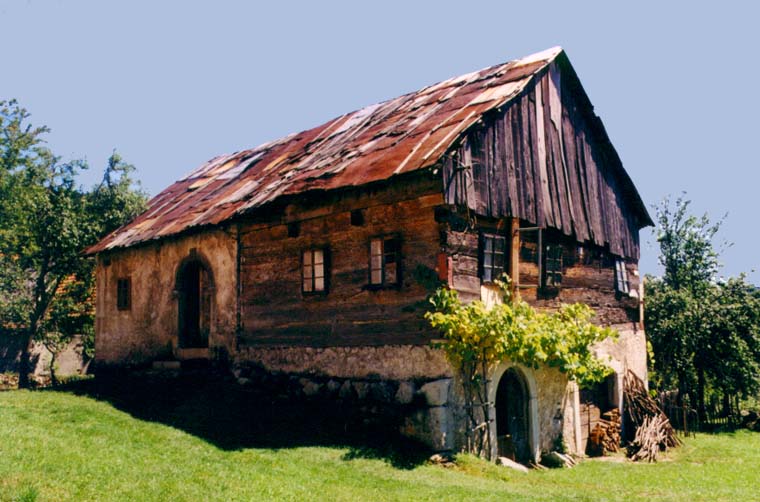 House Delač, the oldest in the village, was built in 1644 and is under the protection of the Croatian Ministry of Culture. Everything in it is a reminder of past – everyday objects, the space such as the attic or the old ways of preserving food, guide us through the history of Gorski Kotar. Other examples of authentic houses are Palčava šiša dating from 1856., Selančev mlin (mill) from 1751. which still works or Ethno village Leskova Draga. 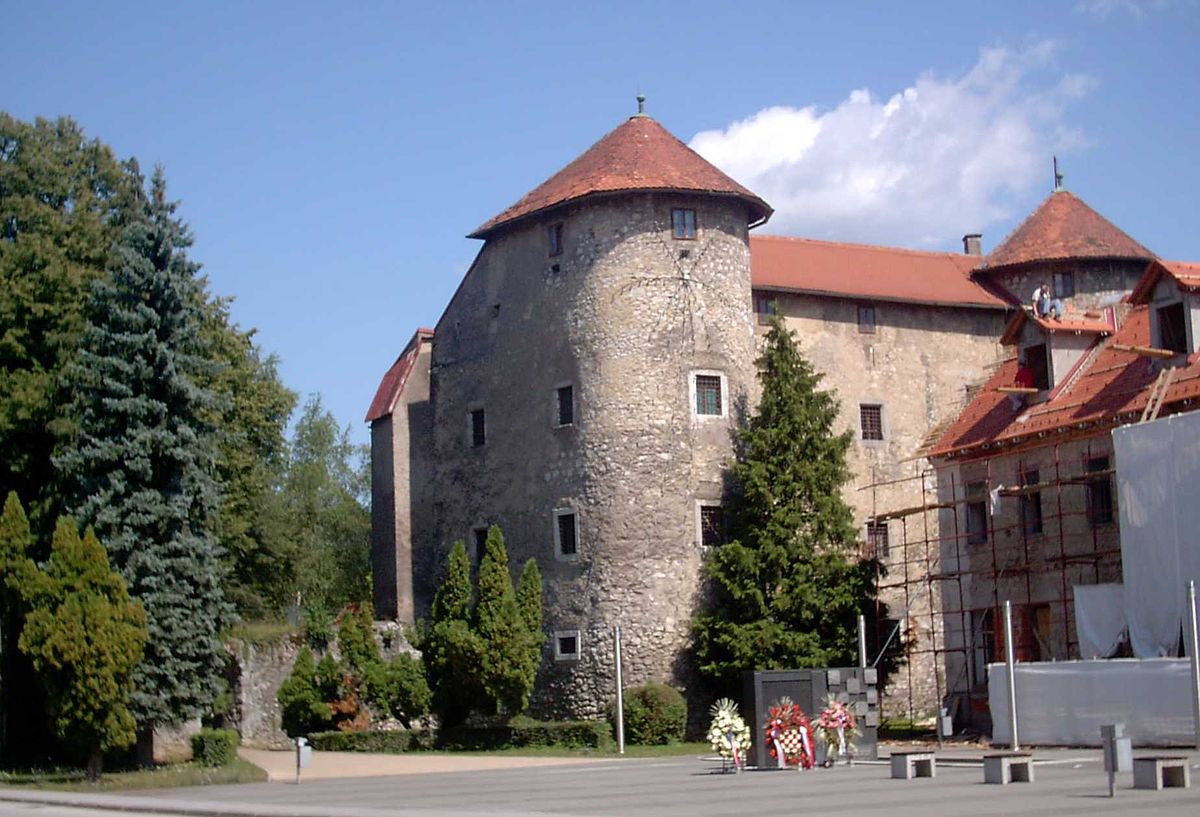 Famous for many things, such as being a birthplace to a well-known Croatian fairytale writer Ivana Brlić – Mažuranić or as a hometown to legends, Ogulin offers a couple of paths. One is a Fairytale path with 12 best-known characters from famous Croatian stories (written by Mažuranić).

In the Frankopan castle, Ivana’s House of Fairy Tales found its home. The other path leads to the mountain Klek, part of Velika Kapela, known as a “magical” mountain which is a home to numerous local witch legends. It is also a botanical reserve with rare and beautiful flora. 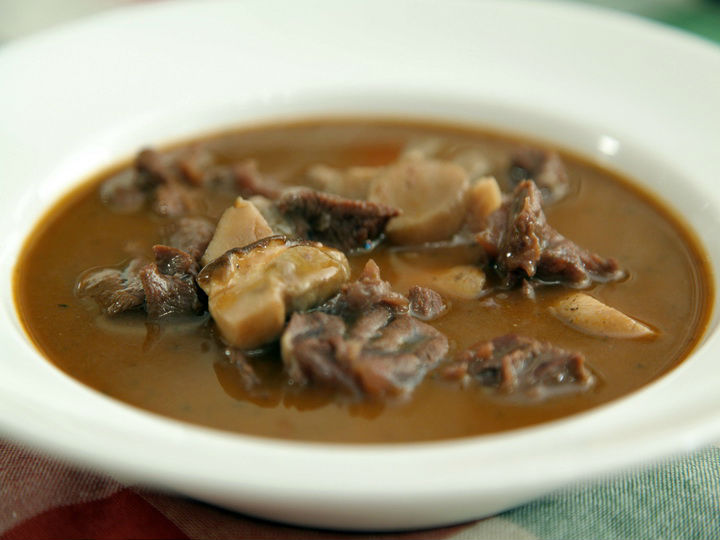 After all the sightseeing and fresh air, you should eat something. Not anything, only the best and preferably home-made. If not, there are plenty of restaurants to eat traditional game meat goulash or stew with polenta, homemade cottage cheese, roast potatoes and sauerkraut, smoked game, bear meat, frogs’ legs (delicious), mushrooms, strudel with wild berries, honey and medica (kind of brandy made with honey).