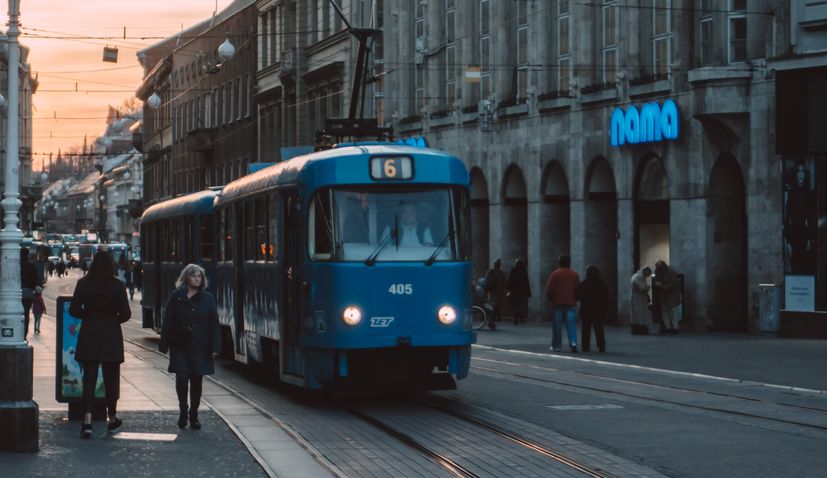 130 years ago today, on the morning of September 5, 1891, a tram car, driven by a single horsepower, set off through the city streets of Zagreb for the first time in a planned and organised manner.

From the tram depot, which was on the location of today’s Technical Museum, on the eight-kilometre-long tracks, driver Ferdo, conductor Vid and horse Belko set off on their first ride.

The interest of the citizens of Zagreb was huge and it is estimated that the following day 20,000 people rode the tram, which is a staggering number if we take into account that Zagreb then had little more than 40,000 inhabitants.

The press at the time wrote that the horse could not move due to the overcrowding of the tram, so the citizens got off and pushed the car.

Replica of the first tram which was pulled by a horse (Photo: Ex13/CC BY-SA 3.0)

Over the years, the development and expansion of Zagreb has became increasingly difficult for the horse-drawn tram to follow, and the idea arose to introduce the electric tram.

Since then, many important dates have been marked, among which stands out the year 1931, when bus traffic joined Zagrebački električni tramvaj (ZET). The funicular played an indispensable role in Zagreb’s passenger transport since 1890, as has the Sljeme cable car.

Today Zagreb is inconceivable without the recognisable blue trams and buses that transport more than a million passengers a day and even visit the equator three times a day.

ZET has 266 trams in its fleet, of which 142 low-floor trams are manufactured according to the most modern standards and 480 buses.