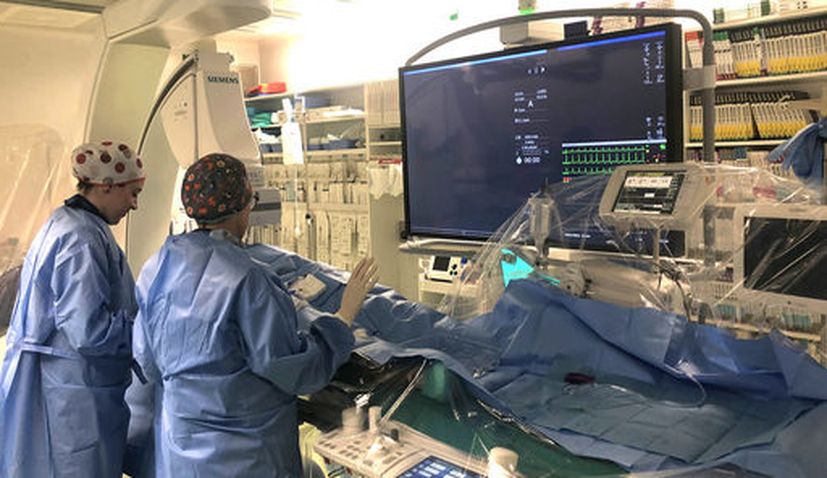 RIJEKA, 4 May 2021 – Doctors at the Clinical Hospital Centre Rijeka (KBC Rijeka) have become the first in Croatia to close a ruptured heart without using surgery.

The medical team at KBC Rijeka, led by cardiologists Dr. Vjekoslav Tomulić and Dr. Neven Čače, are the first in Croatia to close the rupture of the muscular barrier of the heart on a patient, which resulted from a heart attack, without performing cardiac surgery.

The 77-year-old patient is recovering well and her prognosis is good, although the chances of survival when she first sought medical help were not great, KBC Rijeka said.

“Our patient arrived at the hospital on the seventh day after suffering a heart attack and was still awake. She was never ill, she was active and did not report to the doctor when she first had symptoms, but after she reported to her doctor due to progressive dyspnea, he sent her to the emergency cardiology clinic. We did an emergency coronary angiography, found a clogged coronary artery and implanted three stents. But after admission to the intensive care unit, her condition worsened, her blood pressure dropped and her heart failed. We performed an emergency ultrasound of the heart and found that there was a perforation of the intraventricular septum, the muscular septum that divides the left and right ventricles of the heart. This was due to the fact that she overcame a heart attack at home and the fact that during a heart attack, parts of the heart muscle go into necrosis, that is, they decay and are damaged. In a certain, smaller percentage of cases, these damaged parts can rupture, and the rupture of the septum occurs in about two percent of heart attacks, mostly untreated,” explained Dr. Vjekoslav Tomulić, Head of the Department of Interventional Cardiology, Clinic for Cardiovascular Diseases at KBC Rijeka.

Since the procedure itself cannot be done by one operator because there are two approaches to the heart, both cardiologists who do it had to be synchronous. In theatre were Dr. Čače, Dr. Mijatović and Dr. Tomulić, then Dr. Medved, the whole team of perfusionists who monitor the ECMO device and instrumentalists Vera Šilić and Marko Gatarić.

During the procedure, Dr. Tomulić went to the heart through an artery at the opening in the wrist, and Dr. Čače through a vein at the opening in the neck. They had to meet inside the heart and grab each other’s wire with which they made a loop from a vein through the right side of the heart, over the left side of the heart, to then come out on the wrist, and thus an occluder was introduced into the heart. The procedure lasted an hour and the patient was removed from the ECMO device the next day.

The patient was then placed on an ECMO device and referred for emergency cardiac surgery, where the rupture was repaired with the help of an artificial material that covered the hole and sutured the muscle. However, as the heart muscle was damaged, it continued to deteriorate and the so-called the patch did not hold.

Considering that the second cardiac surgery in this case would be high-risk and the patient would probably not survive, a multidisciplinary team of cardiologists, cardiac surgeons, anesthesiologists and pediatric cardiologists gathered at KBC Rijeka to decide to close the hole in the heart percutaneously, by introducing a special occluder.

It is a method that has been used in the world for several years, and it is applied only by large centres that already have expertise in such cases and the treatment of congenital heart defects in children.

Mortality from septal rupture, if left untreated, is greater than 95 percent, and if septal rupture is repaired surgically, mortality ranges from 30 to 40 percent. Since such procedures have not been performed in Croatia so far, it was necessary to procure implant material that was procured in one day, and the fact that the patient was placed on an ECMO device, allowed doctors to get it on time. 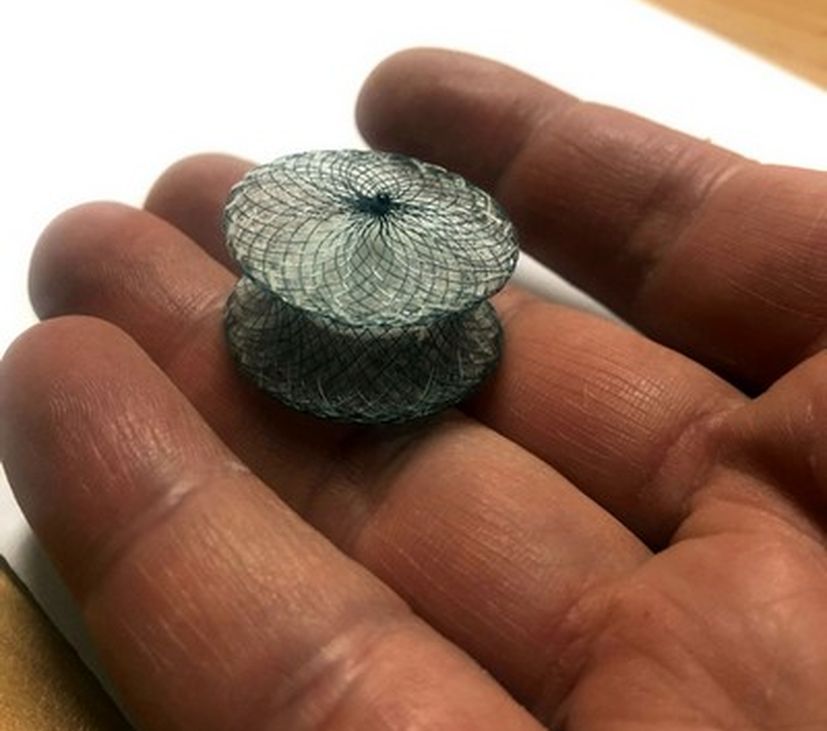 “Apart from the skill of the operator, in such procedures that are newer and more complicated, it is important to point out that they are never done by just one person. It is a multidisciplinary approach and the concern of a large number of people to save the patient’s life. The bottom line is that everyone on the team needs to have absolute trust in the collaborators. For me as a pediatric cardiologist, it is very important that we feel part of the adult cardiology team in our institution and we are very happy to share experiences. I would say that this is a great quality of Rijeka’s interventional cardiology, both pediatric and adult,” pointed out Dr. Neven Čače.