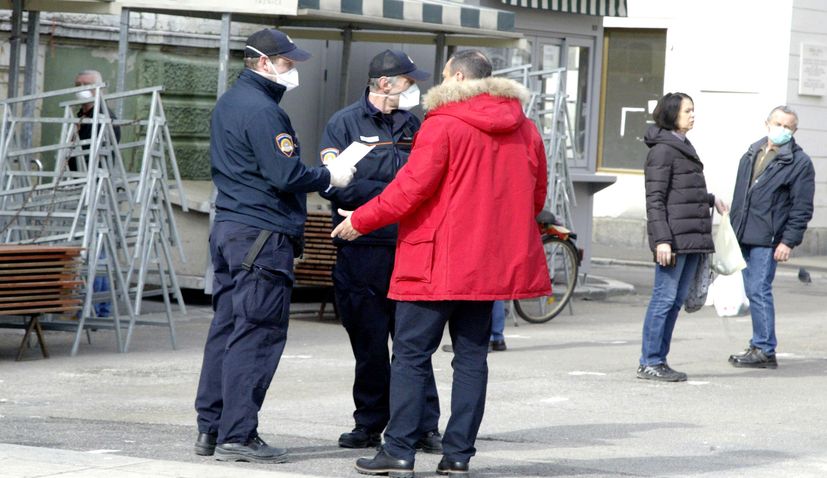 ZAGREB, Dec 4 (Hina) – Parliament on Friday amended the law on the protection of the population from infectious diseases, making it possible to fine those who do not comply with anti-COVID measures.

Seventy-six MPs voted for and 53 against the amendments.

Parliament also tasked the government to report to it three times a year on the implementation of said law for the duration of the epidemic, with 77 votes for a conclusion to that effect moved by the ruling majority.

The government is expected to submit a report in January, June and September. Parliament rejected the opposition’s amendments that the government report to parliament once a month on the implementation and effects of measures adopted under said law.

The opposition insisted that the measures must be adopted by a two-thirds majority, with which the ruling HDZ disagreed.

We are in a state of emergency and Article 17 of the Constitution should be applied. We should and must have a two-thirds majority in parliament, said Tomislav Tomasevic of the Green-Left Bloc.

Branko Bacic (HDZ) said only the Constitution and constitutional laws were adopted with 101 votes, everything else with 76.

Arsen Bauk of the Social Democratic Party said the latest measures made mask-wearing mandatory and banned or restricted private gatherings.

It’s time to admit that we are in a state of a big natural disaster from Article 17 of the Constitution, which requires a two-thirds majority, he added.

€65 fine for not wearing a mask

The amended law stipulates the obligation to wear a mask and bans or restricts public and private events and gatherings.

A person can be fined HRK 500 for not wearing a mask or wearing it improperly. Those organising a private party can be fined up to HRK 10,000, while the owner of a private property who organises or allows a private gathering can be fined from HRK 5,000 to 10,000.

Compliance with the measures will be overseen by police, civil protection, and state inspectors.

The government has reiterated a number of times that the point of the amendments is not fines but prevention and compliance with anti-COVID measures.

Offenders will first be cautioned, but if someone perseveres, they can be fined, Interior Minister Davor Bozinovic has said, adding that the amendments will not give the police new powers and that no one will enter anyone’s home, given that the home is protected by the Constitution.