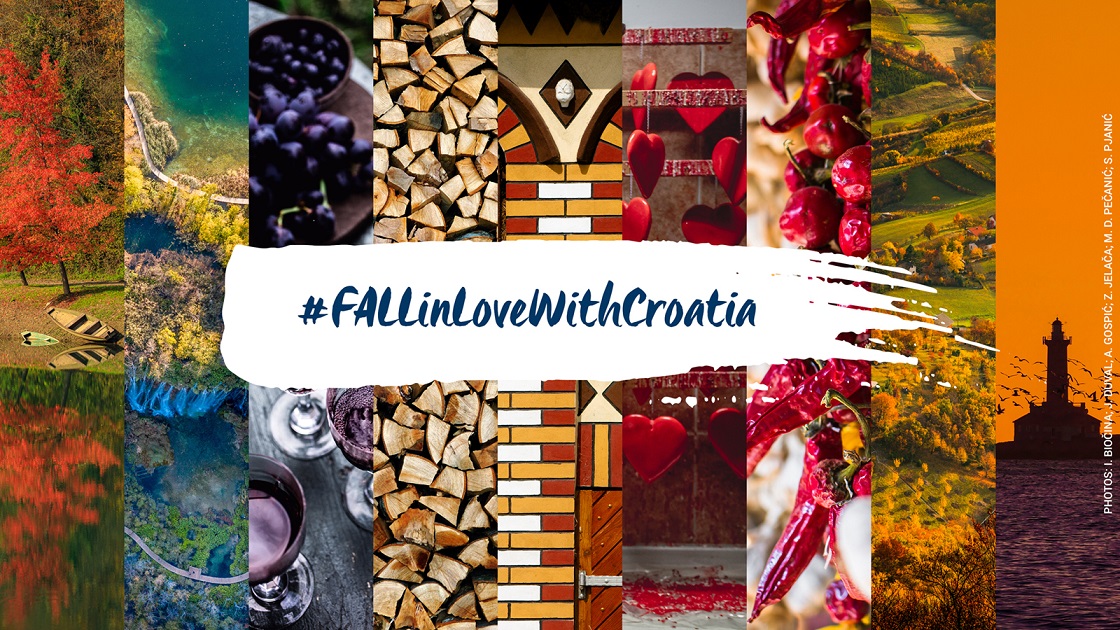 The campaign will be conducted in October and November with the aim of maintaining the visibility and promotion of Croatia as a tourist destination with an interesting offer in the autumn part of the tourist year, with the aim of highlighting the rich autumn beauties and attractions of Croatian destinations.

The campaign is carried out in cooperation with the system of tourist boards in the country in order to highlight through social networks all the best that their destinations offer visitors in the off-season, from interesting places, attractive locations of local parks, promenades to traditional activities such as grapes, olives, mandarins, production pumpkin and olive oil to pick mushrooms, collect chestnuts and prepare indigenous gastronomic delicacies from autumn fruits. 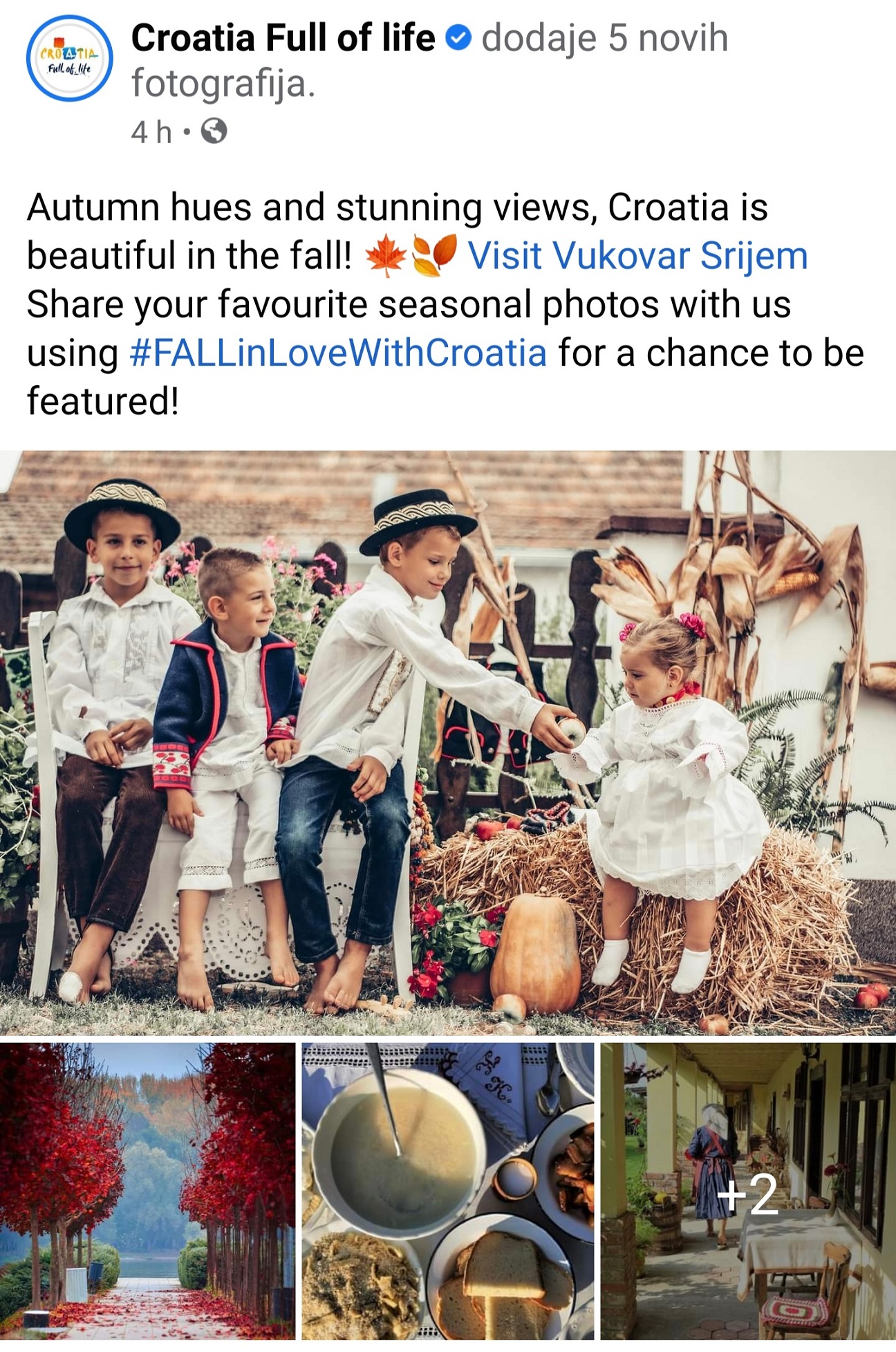 The desire is to paint social networks with all the colours of autumn and emphasise the beauties of Croatian national parks and nature parks at this time of year, but also to encourage everyone to rest and explore Croatia in autumn. The campaign is open to all loyal domestic and foreign followers of social networks Croatia Full Of Life who share their autumn activities experienced in our destinations using #FALLinLoveWithCroatia. 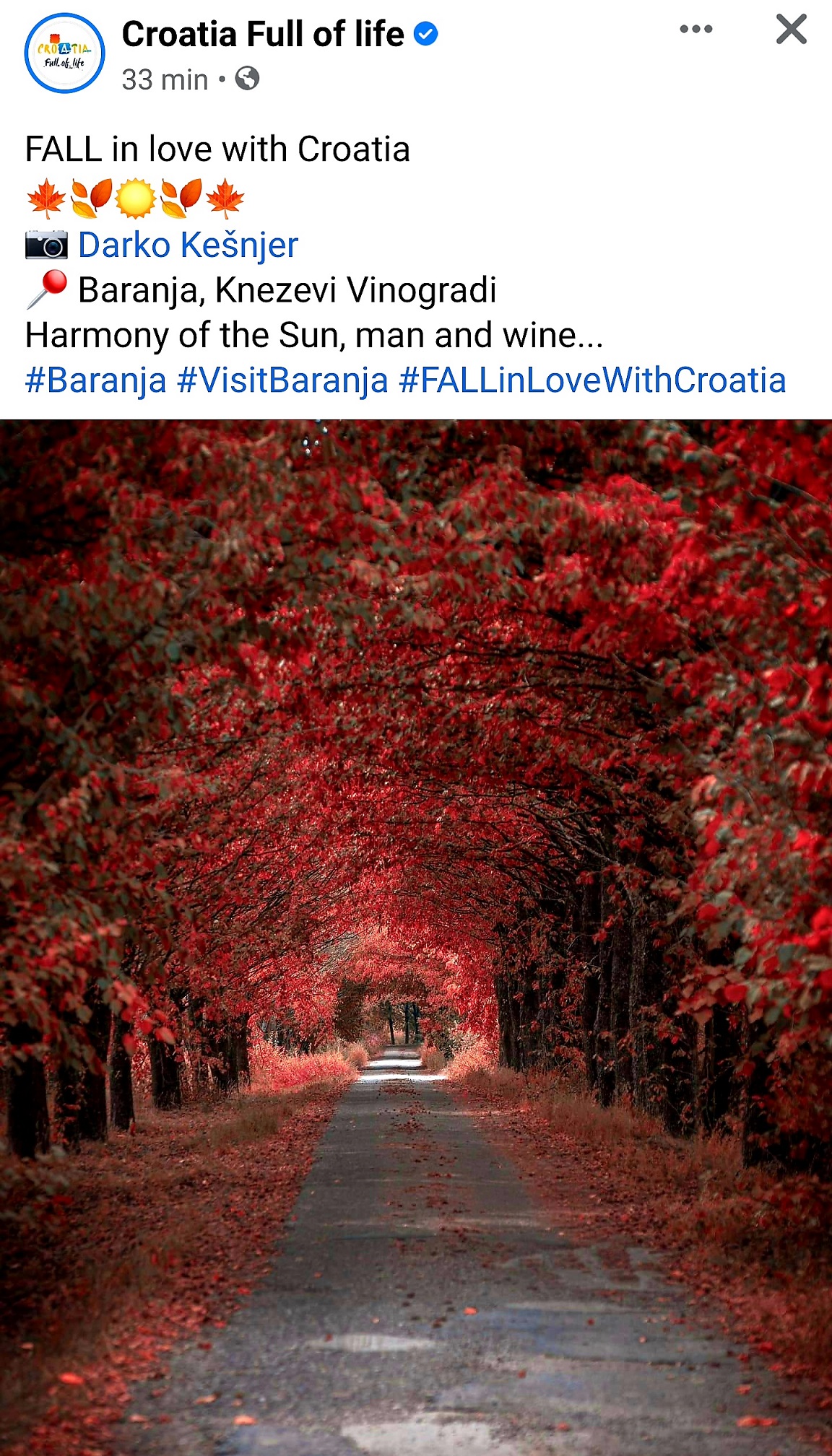 “Along with the campaign launched in ten emitting markets Thank you for your trust, we are also launching this campaign on social networks, because in this part of the year it is very important for us to maintain Croatia’s presence and visibility in our most important markets. The aim of this campaign is to highlight the beauties of Croatia in autumn colours, to bring the followers of activities such as sailing or traditional harvests, autumn events, but also rich autumn eno-gastronomic delicacies that are specific to each Croatian region. In our promotional activities, we want to highlight those parts of the tourist offer that are the main motive for coming to the destination in this part of the year,” said the director of the Croatian Tourist Board Kristjan Staničić. 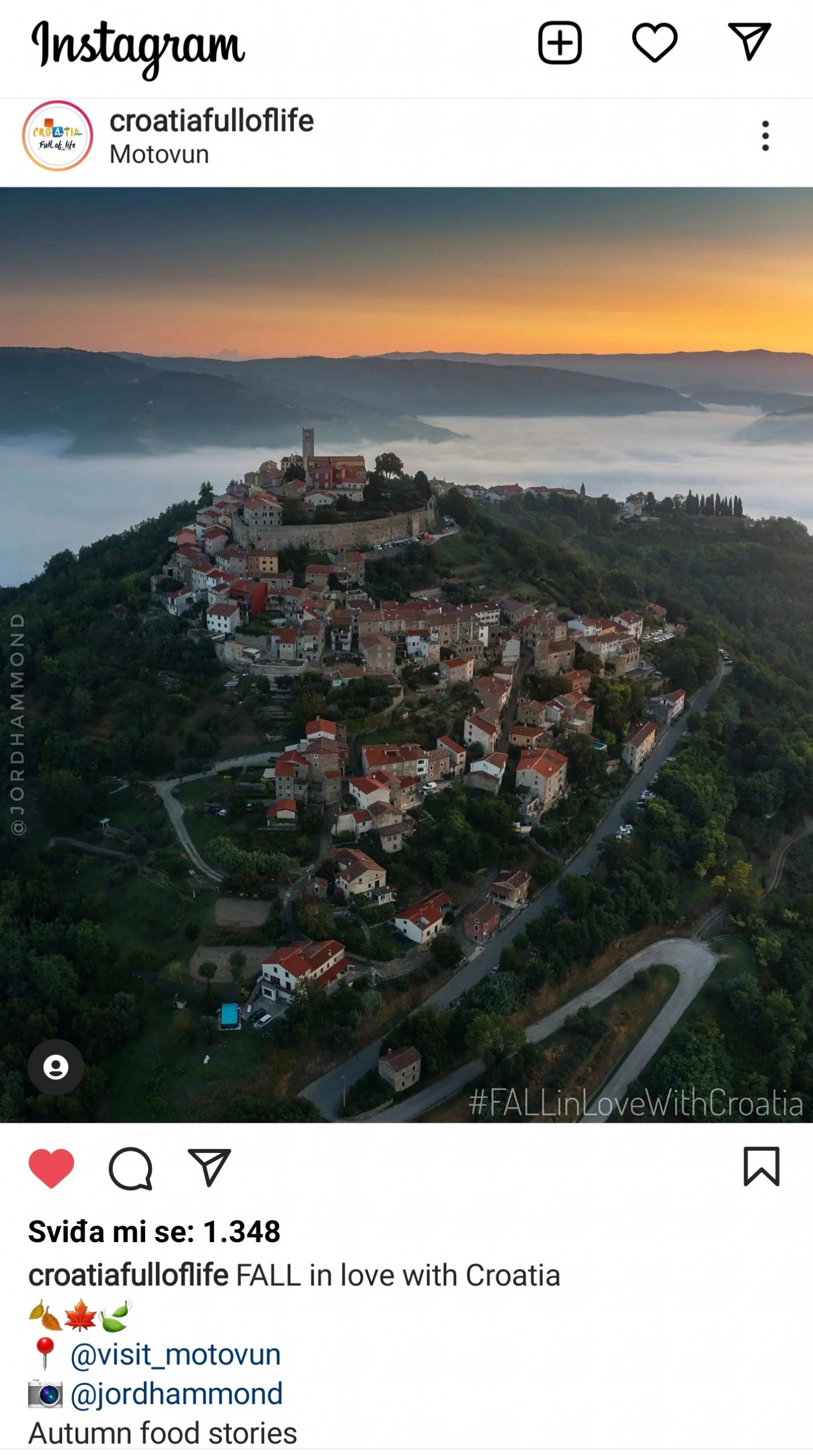 The campaign on the social networks #FALLinLoveWithCroatia will be carried out with the action Month of Croatian Tourism and with the campaign “Experience the local. Explore rural Croatia! ”In order to motivate as many travel enthusiasts as possible to visit Croatian destinations outside the main summer part of the tourist year.