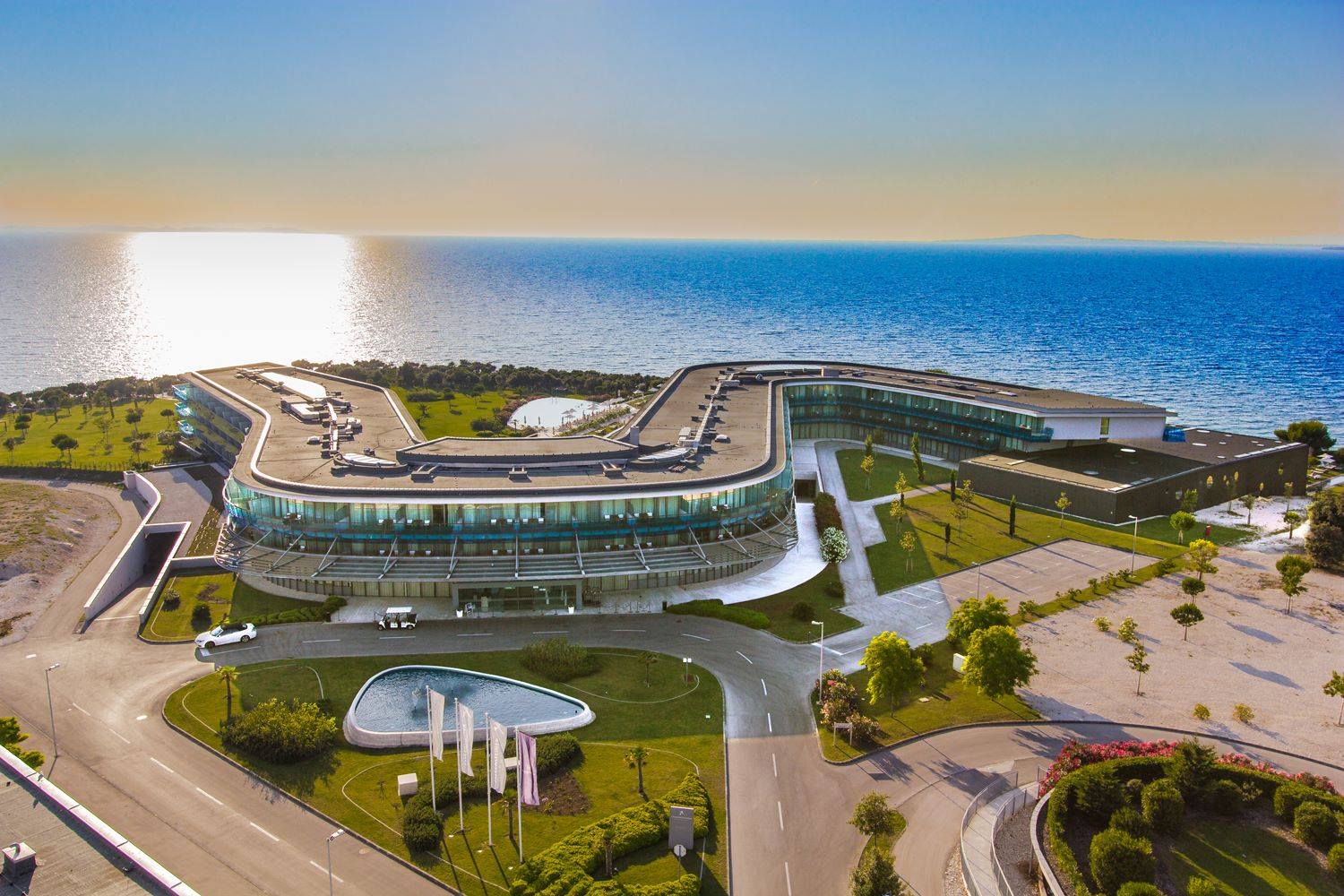 Scheduled to be held on Saturday 5 May 2018, the early season Falkensteiner Punta Skala Triathlon half distance race (1.9 km, 90, 21) run jubilee 5th edition, is situated in the breathtaking location at the tip of the Peninsula Punta Skala in Petrcane, near Zadar city in North Dalmatia region of Croatia.

Zadar is located in Croatia on the Adriatic Sea, almost directly across from Rimini, Italy. Historically it was the center of Dalmatia and is Croatia’s fifth largest city with 75,000 residents. Its position on the Adriatic Sea plus the romance of the city is slowly making this a must-visit destination. Boasting a historic old town of Roman ruins, medieval churches, cosmopolitan cafes and quality museums set on a small peninsula, Zadar is an intriguing city.

It’s not too crowded, it’s not overrun with tourists and its two unique attractions – the sound-and-light spectacle of the Sea Organ and the Sun Salutation – need to be seen and heard to be believed. If you spend any amount of time in Zadar, someone will at some point tell you of a famous quote associated with the city. In May 1964, Alfred Hitchcock visited Zadar and claimed that “The sunset of Zadar is the world’s most beautiful and incomparably better than in Key West, Florida.” 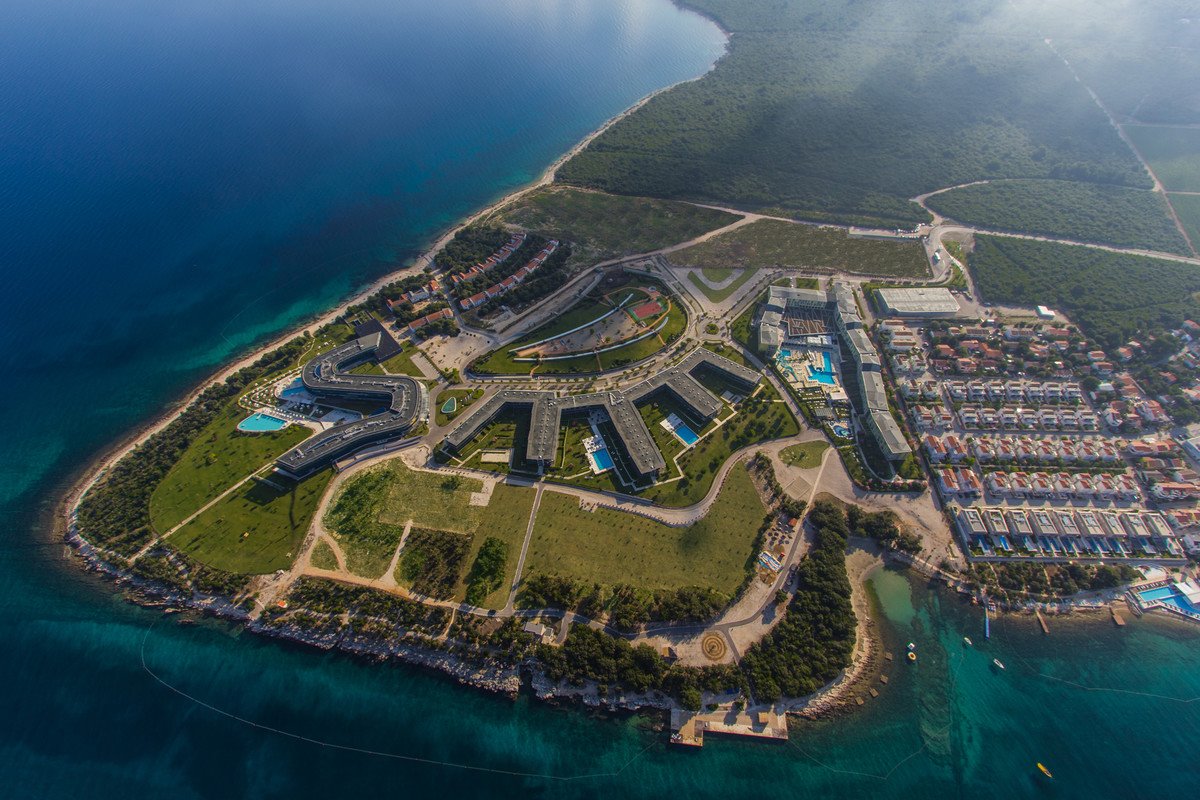 Dalmatia is one of the last Mediterranean regions where quality is still more important than mass tourism. The peninsula enjoys a unique location near the city of Zadar, and the quality of the sea along the Adriatic coast is simply stunning.

With its outstanding design, first-class facilities and a Mediterranean flair combined with excellent service and a fantastic location right by the turquoise waters of the sea, Falkensteiner Punta Skala Resort is an exclusive holiday oasis where athletes have the opportunity to enjoy an exclusive wellness holiday at a luxury hotel in Croatia.

The stunning Falkensteiner Punta Skala Resort is perfect for those seeking an immaculate resort with unique personal touches and luxuries, outstanding dining options and first-rate spa set within pristine surroundings.
With two first-class hotels, the Family Hotel Diadora (four-star plus) and the Hotel & Spa Iadera (five-star) along with its excellent service and a world of wellness spanning 6,000 m²), various restaurants and shops, Residences Senia, located right in the middle of the other two hotels, and a variety of sport facilities, the Punta Skala resort offers a true holiday paradise in Zadar, Dalmatia. 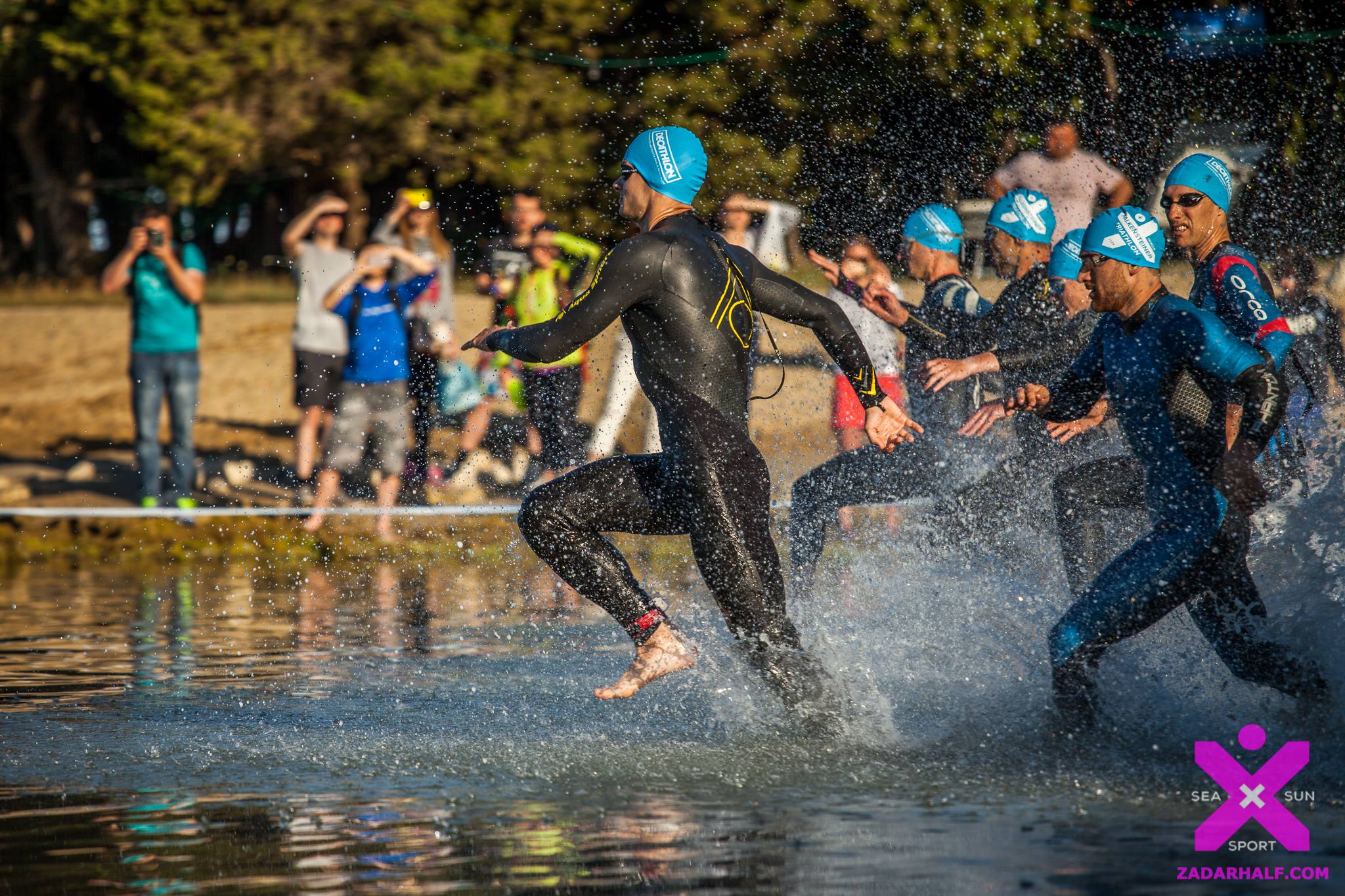 Opened in stages over the last few years, and completed in May 2012, Falkensteiner Punta Skala Resort just outside Petrčane, 12km west of Zadar, has quickly established itself as northern Dalmatia’s leading resort for family holidays and pamper-yourself wellness breaks. A centrepiece is the five-star highlights Hotel and Spa Iadera, a sleek, organizing, wishbone-shaped building that houses the largest spa centre in Croatia. The four-star Hotel Diadora (late Mar-early Nov) is designed to be the last word in family holidays. The resort area is surrounded by grassy lawns and only a few minutes walk from the beach, where you have a choice between natural rock-slab beaches and shallow coves carpeted with sand. Petrčane village is a short walk along the waterside path and is characterized by picturesque Dalmatian houses, beautiful beaches, fragrant pine trees and mild Mediterranean climate.

The event was moved to the beginning of May because of the better air temperatures (average 22° C) while the average sea temperature of 16.7 ° C is high enough for swimming with wetsuits in the crystal clear Adriatic sea.

Do you want to get a 50% discount for the starting fee?

Due to earlier race date, our main sponsor, Falkensteiner Punta Skala Resort, is able to offer participants top-of-the-line accommodation at extremely affordable rates (Special rates on accommodation for competitors with BB service), with a booking of at least one night in one of the partner hotels which you will receive entry fee discount (50 % discount on race fee) and an extra bonus for minimum two nights, in addition to 50% discount on entry fee, with, one per room, entry fee for The Croatian Wings for Life World Run which returns to the beautiful, picturesque city of Zadar with the date on Sunday, 6 May 2018.

A large number of Croatian and foreign triathletes will enjoy the beauty of the Falkensteiner Punta Skala Resort and its surrounding area. The race starts with a 1.9 km of swimming in front of the Falkensteiner Family Hotel Diadora. Swimming is then followed by the bike course of 90k ((9 + 4×18 + 9), towards a small Dalmatian fishing village Petrcane, then towards Nin, the oldest Croatian royal town 3000 years old. During the Roman time, Nin was an important municipality and seaport. Nin has been awarded as European Best Romantic Destination in 2016 and is well-known for its natural sandy beaches, healing mud Peloid and many archaeological sites.

The route continues through picturesque villages of the colorful hinterland of Zadar city and then back to the Punta Skala Resort. Last, but not least, comes the run of 21k (4 laps). Here, the course will take athletes through the enchanting Falkensteiner Punta Skala Resort with a stunning backdrop of the Adriatic sea.

The half distance triathlon is also Croatian Open National Championships and will feature the biggest independent prize purses in the Croatian Triathlon Calendar, with general sponsor prizes in accommodation vouchers for Falkensteiner Punta Skala Resort in total value of 4.500 € allocated to the top five finishers in the male and female categories. 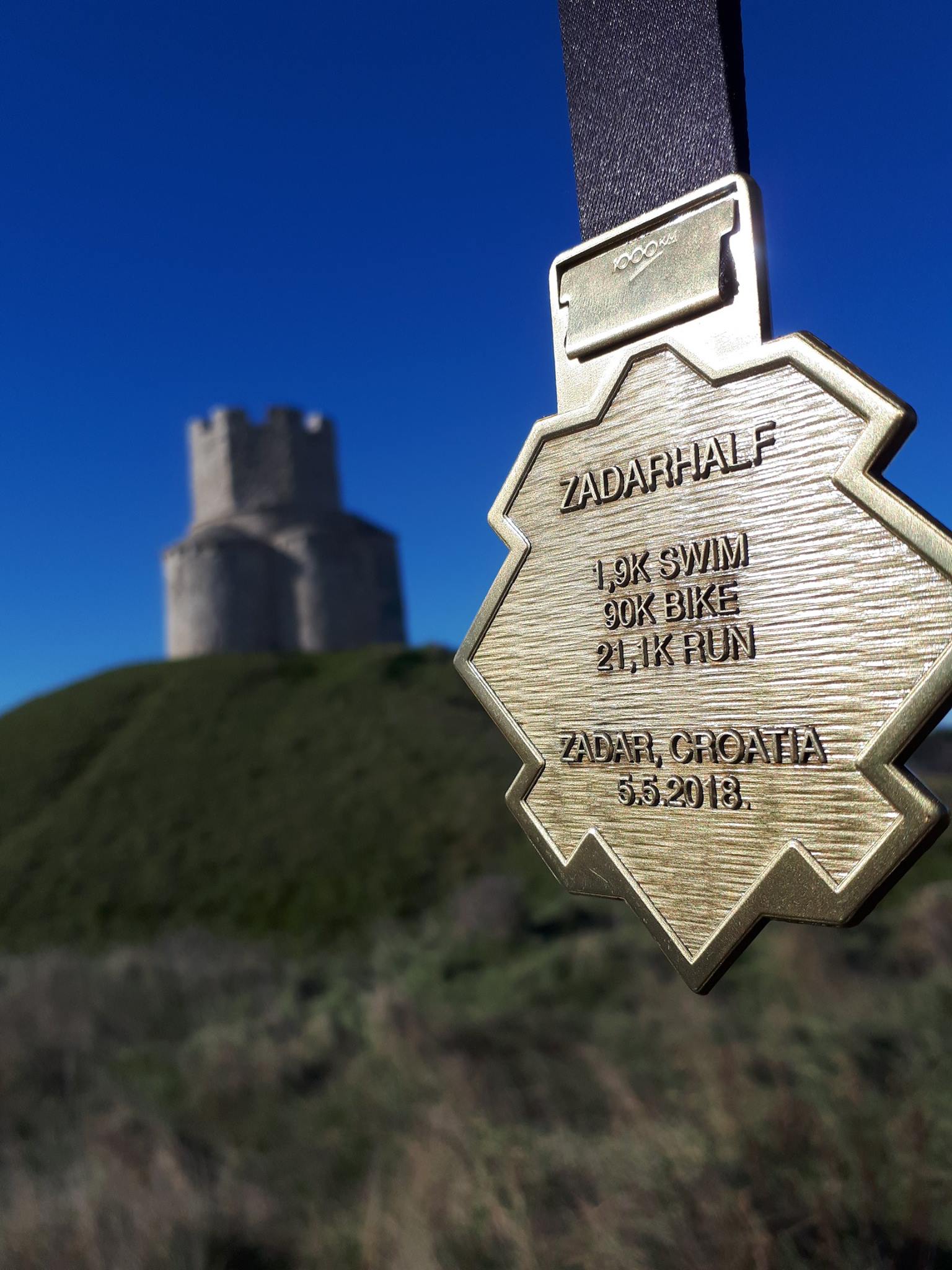 The main race will also be joined by an aquathlon (time-trial event) with swim part at the 25m pool of the Falkensteiner Family Hotel Diadora and 5k run event.

Georg Unterkircher, General Manager of the Falkensteiner Punta Skala Resort said “As great supporters of the Falkensteiner Punta Skala Triathlon, we are excited to welcome athletes from all over Europe on the respective race weekend. Our goal is to ensure that participants enjoy the best possible experience in advance of their race, from our carefully devised menus and ease of access to the start line on the morning of the race. With an exciting atmosphere and scenic course, it makes a memorable all-around experience for visiting athletes with their families.”

Race Director Zlatko Parac, Croatian triathlete himself said, “Based on the experiences of the previous years and the athletes’ opinions, there will also be improvements on the organizational side, to establish this event both nationally and internationally. Falkensteiner Punta Skala Resort is a popular venue for athletes with its fantastic location surrounded by the turquoise blue Adriatic sea, and as hosts, they are keen to get involved in triathlon event and join in the spirit of Falkensteiner Triathlon weekend.” 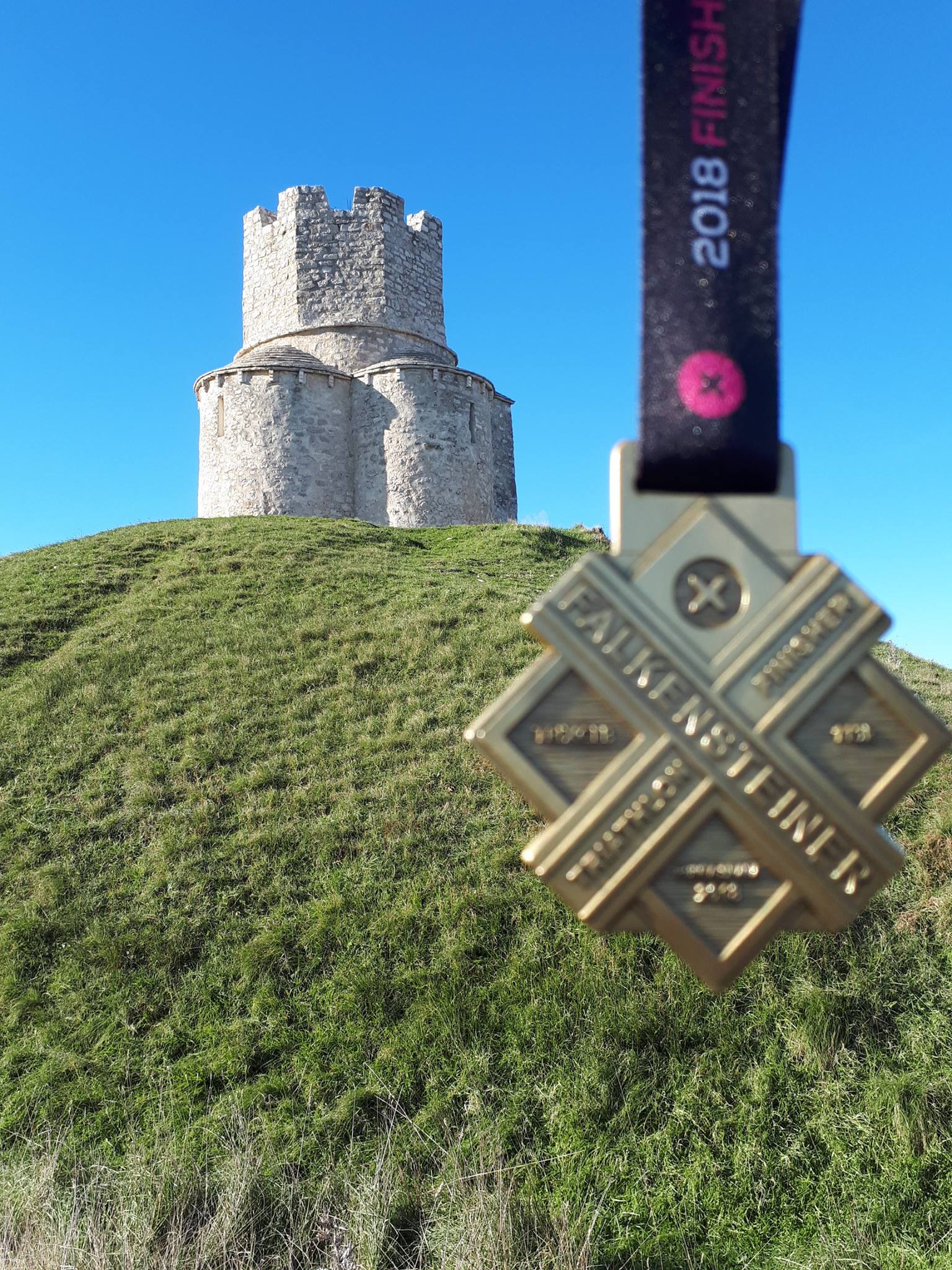 He added: “We already know that there will be a lot of competitors from Croatia joining the competition for the first time and we believe our triathlon will fulfill their expectations. At the same time, we organize this race with the needs of the most demanding professionals in mind and we would prepare an abundance of prizes and other rewards!”

Falkensteiner Hotels can look back on more than 60 successful years. From a small guest house in the Pustertal Valley of South Tyrol in 1957 to a real European success story with over 1700 employees in 28 hotels and 4 Residences. Falkensteiner Michaeler Tourism Group (FMTG) is today one of the leading regional providers and developers of tourism products and services in Central Europe. FMTG is active in all areas of tourism development – from the planning and construction of hotels, residences serviced apartments and mixed-use properties to the operational management and marketing of these.

The company is made up of 3 business divisions: FMTG Services (Falkensteiner hotel management), FMTG Development and the tourism consultation company Michaeler & Partner. The most prominent of these is the hotel management division, with 32 hotels and residences currently being operated and 2 3-star-hotels marketed under the Falkensteiner Hotels & Residences brand in six European countries (Austria, South Tyrol / Italy, Slovakia, the Czech Republic, Croatia and Serbia). The company’s management is located in the head office in the Austrian capital of Vienna. 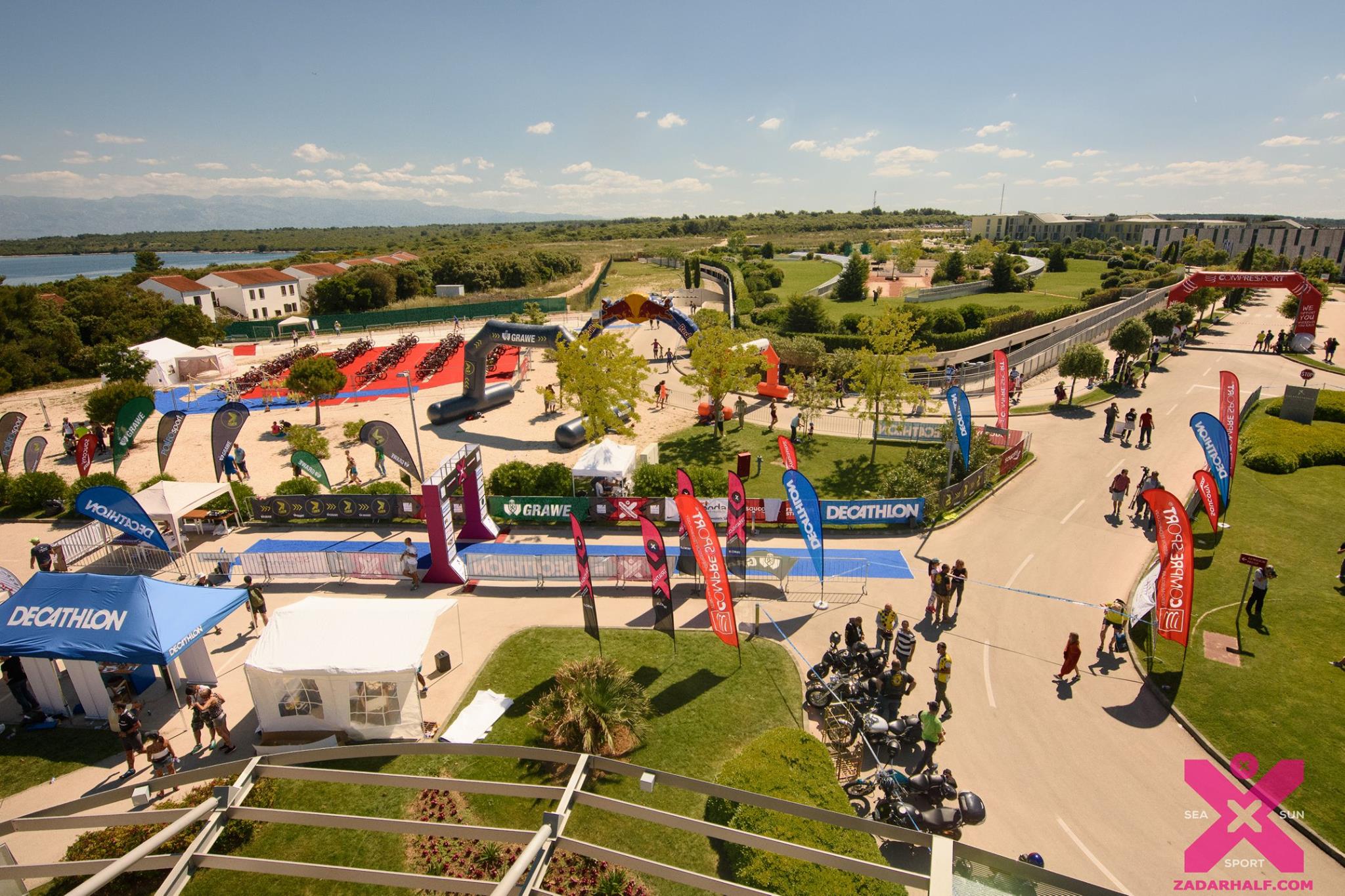 Falkensteiner Punta Skala Resort in Petrcane is served by the Zadar International Airport which is located some 22km (about 10 km from the centre of Zadar). It is accessed by regular, low-cost carriers from all over Europe. There are also daily flights from cities Zagreb and Pula to Zadar International Airport with Croatian Airlines. Zadar is also a key transport hub with superb ferry connections to the surrounding islands.