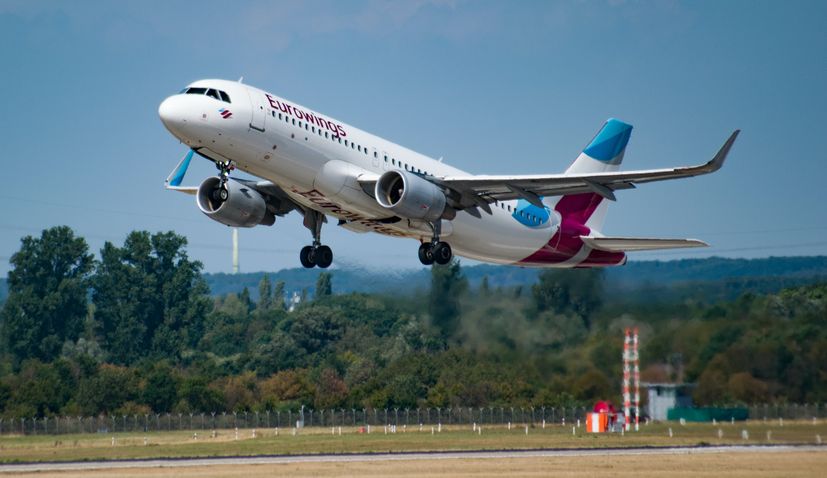 In May, Eurowings reestablished traffic on a number of routes to Split Airport, this week the airline will also operate to Rijeka, Zagreb and Zadar, and in June it will significantly increase its presence at Croatian airports.

Eurowings will operate for the first time from the new Berlin airport (Brandenburg) to Croatian airports. Three lines from Berlin are to be introduced in June — to Dubrovnik, Rijeka and Split, Croatian Aviation said.

Berlin – Dubrovnik – Berlin will commence on 27 June 27 with one weekly flight on Sundays. A second weekly flight, on Tuesdays, will be introduced at the start of July.

Berlin – Rijeka – Berlin starts on 26 June with a weekly Saturday service. A second weejly flight is expected to start in at the start of July.

From June, three more Croatian airports will have a direct Eurowings route to Hamburg. The following lines have been announced:

Hamburg – Split – Hamburg is already operating but from 28 June Eurowings will increase the frequency to two weekly flights on Mondays and Saturdays.

Eurowings will resume flights on the line between Dusseldorf and Rijeka later this month. That line will also have one weekly flight in June, every Saturday. An increase in weekly operations is not expected until July.

The airline will resume flights to Pula from June 26. The service between Dusseldorf and Pula will operate once a week, on Saturdays.

Dusseldorf – Split – Dusseldorf will continue to operate twice a week in June, on Thursdays and Saturdays.

The Cologne – Zagreb service is operating three times a week, on Wednesdays, Fridays and Sundays. The same number of operations was announced for June. The line between Cologne and Split starts with regular operations from May 29, once a week, on Saturdays. One flight a week is also announced through June.

Flights from Stuttgart to Zagreb, Zadar and Split

From May 27, Eurowings will operate again between Stuttgart and Zagreb, twice a week, on Thursdays and Sundays. Flights have also been confirmed for June.

Stuttgart – Split – Stuttgart is operating, from June 9 a second weekly flight will be introduced.

Stuttgart – Zadar – Stuttgart will operate again from 13 June. One flight per week is announced, on Sundays.

Eurowings will also have one line from Dortmund to Croatia. From May 29, the line Dortmund – Split – Dortmund will be introduced on Saturdays, which will get its second weekly flight on June 8, on Tuesdays.

The German low-cost airline will have 16 routes (23 weeks of flight) to 6 Croatian airports in June; Zagreb, Zadar, Split, Dubrovnik, Pula and Rijeka.

On Friday, the Robert Koch State Epidemiological Institute announced Germany had removed Croatia from the list of countries considered high risk concerning the coronavirus and moved it to just risk.

This means that passengers from Croatia will not have to undergo a mandatory ten-day quarantine upon arrival in Germany, upon presentation of a negative test for coronavirus. So far, quarantine with a negative test could be terminated after five days.