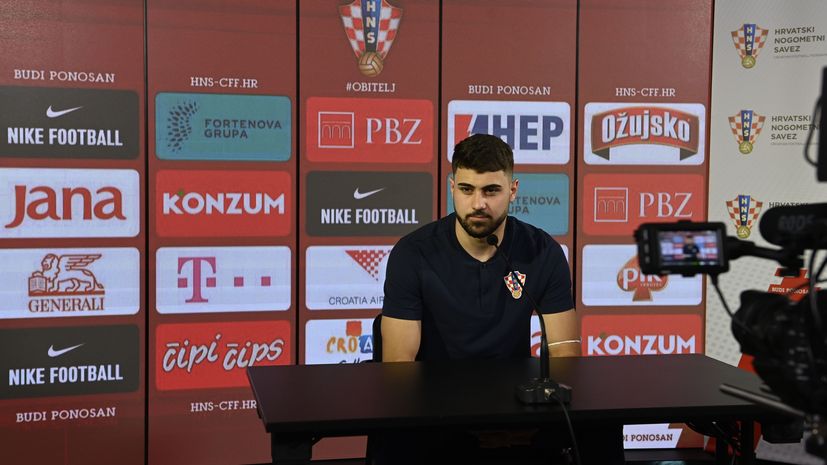 The teenager, who heads off to Leipzig after the tournament to begin a new chapter in his career, spoke to the press along with striker Bruno Petković on Sunday ahead of Croatia’s crucial last group match against Scotland on Tuesday.

“Of course I was not happy against England because the result was negative. I don’t like to look at individual performances, more on the team and the score. I like to be self-critical of myself because we know what is realistic, nothing should be exaggerated. I played against England at a very low level. The first game from the first minute, a great competition, there was a lot of fear, but in time that will disappear.”

“When a defeat happens at club level, it’s not fabulous and everyone is looking at the floor. They are full of negative energy. But here everything is different, there is no turning back to individuals but everyone is there as support. When you are surrounded by such people, there should be no problem for upcoming matches.”

Thoughts on the penalty against Czech Republic?

“As a left back I don’t have a lot of experience in jumping, but there’s no way it was a penalty. Although many experts claim the opposite, in that situation he was directed towards the ball. No man in the world has eyes on his back. It was awkward, he was bleeding. If he was not bleeding, the question is whether VAR would have been involved and whether that decision would have been made.”

“There is no weak team at the European Championships. We came in with that kind of thinking when it started. We may be sorry we didn’t get a little more out of the first two games, but we have to do our best to get give it our all, get three points and hope to move on.”

“Of course I remember, it was the worst day of my life. We were 2-0 up until the 77th, 80th minute, and then we gambled. We went to penalties, and then they massacred us. I couldn’t guess then who would be a top player.

How much does the UK type of football suit Croatia?

“Football is evolving and the gameplay system is changing, but if we have a desire that no one can be better than us, if we die for 90 minutes and give thee maximum, we gather our heads and know what awaits us, if we are smart we will outplay them.”

Comparing Bruno Petković’s role with Dinamo and the national team?

“We all know how much he means to us and how many qualities he has, although he couldn’t show much here because he doesn’t play that much. I’m a new player here and I need time to deal with everyone in the game segments. I understand him more because I spent more time in the attack with him and Oršić. We understand each other well and it meant a lot to me when he came on in the second half.”

Bruno Petković was next to talk to the media. 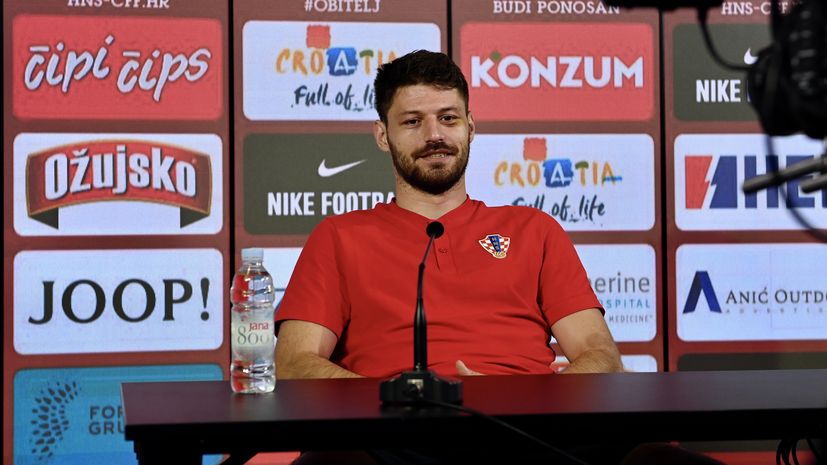 “We played below all expectations, I’m talking about the game, about what opportunities we have, and what we showed. I am not at the level I expect from myself, I know that the public expects more, but I must say one thing, there has never been a lack of commitment, running, or desire.”

“Of course some moves and tactical things will be a little different, but there are 26 of us here and I don’t believe anyone will set themselves up in a way that he has to play. The team is above every individual and that is how we should behave. Everyone should have respect for their colleagues and I will never say that I should play.”

Can Croatia reach the second round?

“I don’t want to get into any discussions with anyone, but the atmosphere is fantastic. It may sound strange considering what we have shown, but I can’t say that we have any problems, everything is on the level. It is our job to see that on the field as well, that is the only thing we lack, to make that result that will give us self-confidence. Scotland is the right opportunity for that.”

“Look at our roster and you will see 26 players who are under tremendous pressure at their clubs. Pressure is something you have to deal with as a public figure and a professional. Normally there are moments when they criticize you, press you and that sometimes comes to your mind, but right now we are at the Euro and there is no need to spend energy on those things. Pressure is, if you turn it into something positive, a very good thing. Fans expect a lot, the guys themselves have set the bar high in Russia. It’s hard to keep that pace and meet public expectations, but we’re aware of that, we’re professionals. We have been in such situations and the match against Scotland will give a lot of answers.”

“Scotland is a very hard and solid team. Drawing with England says enough about them. We are here to focus on us, to agree on how it would suit us as well as possible. In that case quality should prevail. I think the match will be the best answer to everything. No sense in wasting too many words. The match is a real indicator and we can’t wait for it. It will give a lot of answers. All the biggest critics and biggest supporters will get an answer against Scotland.”

“No one would be happier than me if I scored, sometimes you need to be lucky, but you also need to serve it. I need to keep trying and working. All effort is rewarded, sometimes before, sometimes later. No need to go back to that.”

“Sometimes it would help the team more if I was more selfish, but I have always been a team player, I will always stand up for the team.”