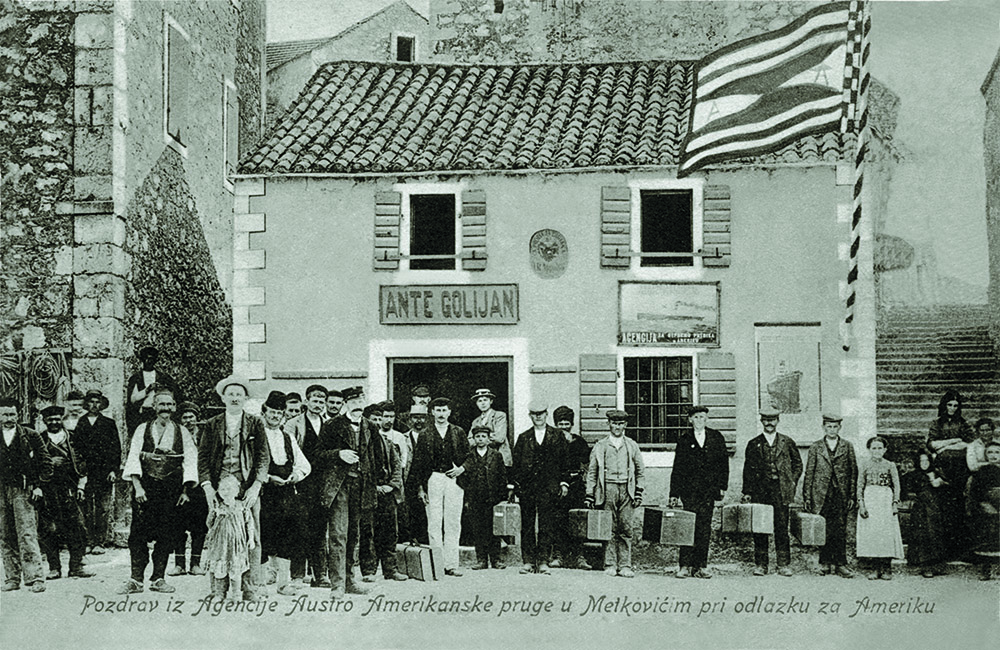 In between 1899 and 1920 some 40,000 people emigrated from Croatia’s Dalmatian coast to places such as North and South America, Australia, and New Zealand.

The majority of whom were men between 18 and 30 years of age, working on a land with no qualifications, some of them were educated men, and there were a small number of women as well.

While men and young boys emigrated all over the world, women were left alone to take care of themselves. Most of them were uneducated women, raised in a culture that expected them to marry and give birth to children. With fewer men in the homeland to do so this was very hard, also men that emigrated didn’t feel the need to marry someone from their home country. For example, in New Zealand some of Dalmatians married local Maori woman.

The first example of this was in 1982 when Andria Klešković from Milna near Dubrovnik, and Erin Kaka tied the knot. Also, on the American coast Dalmatian men were marrying Indian women. Their children were called “Black Slavs“.

At the end of 19th and beginning of the 20th century it was practice to marry through letters and photos. This would not end well all the time, as photos were often photoshopped so photos were not a guarantee for a “good“ future.  Photographers had suits in their shops which made all newlyweds look the same. For this reason, only upon arrival girls would find out how their future husband to be looked like. There were some traumatic experiences, more so because at that time, right after the arrival they would had to start to live together. There was no time for adjustment.

When girls arrived, some of them would not want to get married. Of course, this would be a big problem because they paid for their trip, so they would say, I bought her.

Arriving in Auckland or any other harbour, to many of them it seemed like the end and not the begging of a new life. Sometimes girls would arrive in groups. On the ship they would call their names and introduce them to their new husband, so there was no time to go back. 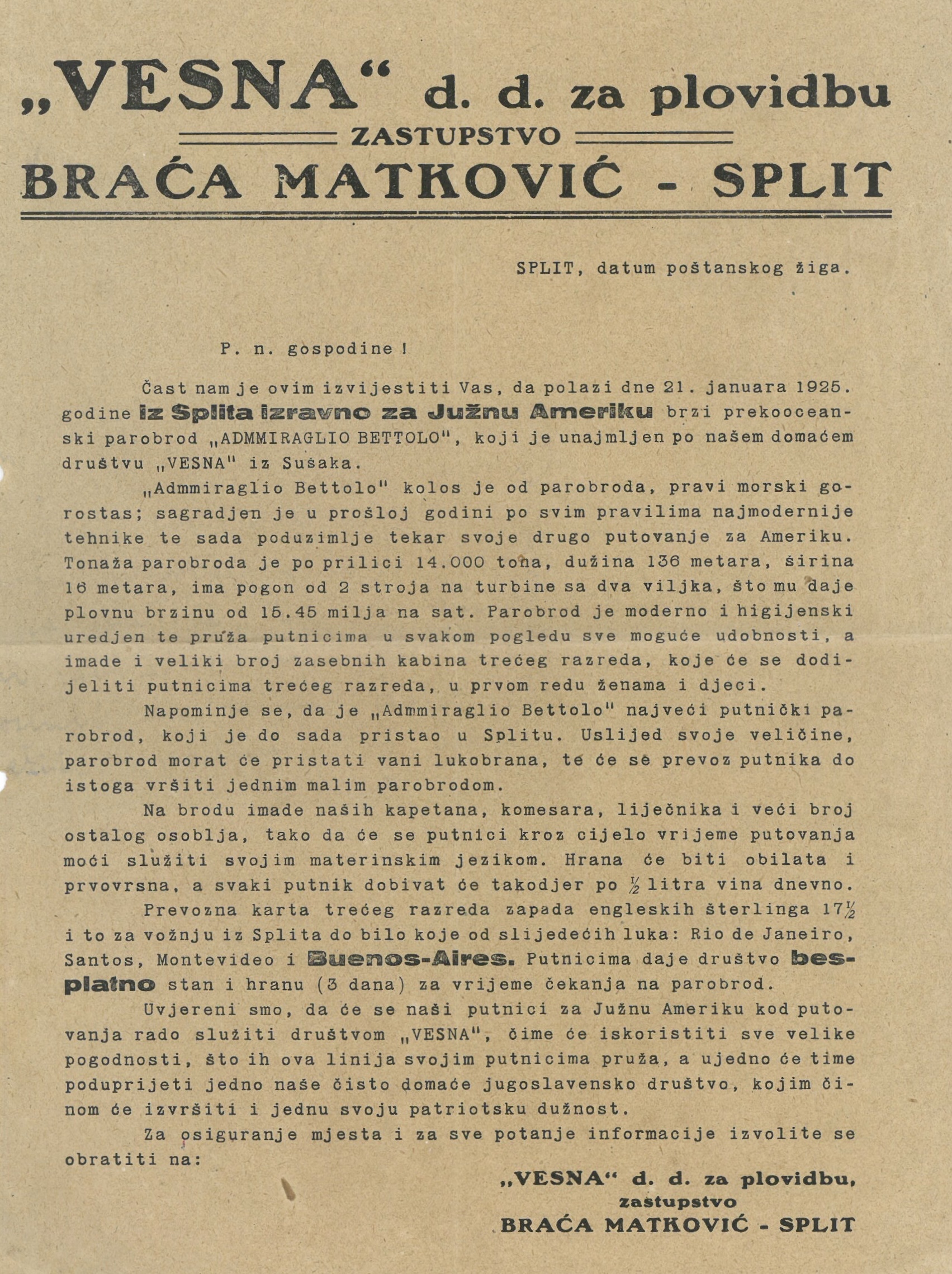 Amelia Batistich, a writer from New Zealand, described the arrival of his uncle’s wife as following: My future aunt in law was like any other fiancé. She was scared girl from Dalmatia, who didn’t know where or to whom she is going to.

The Jakić sisters, who were minors, Mari (11) and Matija (17) were letter brides as well in 1907. Only they know how it feels to be married by letter and leave for New Zealand for good.

Not all the women were able to oppose, some of them couldn’t even reconcile with their destiny. In her book, Labudovi crnog vrata, Vesna Mimica writes about the girl who arrived from Porvenir in Chile to get married. When she saw her new husband to be she threw herself from a rock in order to take her own life. She didn’t die but was badly injured and in that condition found by Indians who burned her alive. The character in the book is a real woman, taken from the stories of her grandma.

Dr. Maurice Matich, holder of recognition of the Queen of England, studied difficulties of immigrant women. He studied ones who arrived to be married as well as the ones who arrived at the Kauri gumfields in New Zealand to marry an unknown man. In fact, they were imported and not ready for this traumatic change in their lives. They left behind the security of the life in their villages, family, church, and tradition.

They were confronted with solitude, bad accommodation, and problems with language. Depression and psychoneurosis were very common for these ladies, as well as some cases of mental disorder, concluded Dr. Matich.

Without any doubt the strength of Croatian families in emigration were the women. Besides being the guardian of the mother tongue, she was the main household worker. Households were to be taken care of as well as the care for the garden and animals. This was all women’s job. Women were giving birth to a lot of children, which had a high death rate. There were different reasons for this, from today’s point of view they seem banal. Children would die from dehydration for example.

What women had to go through is best described in a story from Marulin Bošković from Selca on the island of Brač. She got married to Nikola Bošković (born 1870) a young boy from her village who left for America. Marulin was left in Selca with her two-year-old son, to work in the field. This was supposed to be temporary solution for the family, in order for Nikola to work in the gold mines and bring home money.

Nikola returned to Selca in 1907. He was home for a while and when his daughter Darinka was born he decided to go to America again, this time to Tacoma. Time went by and the First World War came, which influenced the decrease of emigration quite a bit. As Nikola realised he was getting more distant from his family he sent money to bring Marulin and Darinka to America. They started with the procedure in 1921 and paperwork was finished in 1923.

Marulin didn’t mind that the paperwork took this long as she was terrified of moving to America at the age of 44. Also, she wasn’t happy to leave her friends, house and a home, especially her son who was old enough to go to the army at that point.

Later on, she was telling a story how she cried her eyes out because she was afraid she would never see her son, family and grandkids ever again. This became to be truth. The only consolidation for her was that she didn’t have to travel alone to America with her daughter.

At that same time, Ivan Brešković and Josip Rošin, both from the Island of the Brač, were going back to America. That day in 1923 at 4 a.m. Marulin and her daughter Darinka walked from Selca to Sumartin to catch the ferry to Makarska. Her son and her brother accompanied them to Makarska and that is where they said their goodbyes in tears and have never seen each other again. From Makarska, Marulin and Darinka went with another ferry to Split. From Split they went by train to Belgrade and then to Vienna and on to Hamburg, where they met with Brešković and Rošin.

In Hamburg they boarded the ship Reliance. The boy who helped them to get to their cabin asked for a tip, as Marulin didn’t understand him, he pointed to her wedding ring. She didn’t want to give it to him so he tried by force to take it off. Thankfully someone passed by at that time so the boy let her go.

The overseas trip to America was 12 days long. Both mother and daughter were suffering from nausea and could not eat what was offered on the boat. All they could do was buy apples for 10 cents per apple.

In November 1923 they arrived in New York. This is where they parted ways with Bošković and Rošin, who both had American citizenship. Bošković and Rošin didn’t have to go through quarantine or through check up on Ellis Island, like Marulin and Drainka.

They had to go through evidence as this was their first time in America. This process was not easy. They were stripped naked and checked from head to toe. The difficult part was that Marulin didn’t speak English.

The examination lasted for 3 days, after which they went to Tacoma by train. After 6 days of traveling by train they finally met with Nikola. Drainka, 14 years old at that point, for the first time in her life, saw her father. They drove to Eatonville where Nikola worked as a deputy manager in a sawmill.

Marulin was very disappointed when they arrived in America. Not knowing what to expect she brought porcelain, pillows, and bed sheets from Brač. Most of it broke during the overseas trip. Drainka remembered her second day in America: I was sent to school immediately, but to the first grade as I didn’t speak any English. Back in Brač I was with my peers, here I was sharing a classroom with kids. This was very embarrassing for me, but at least I was good in Math and stood out for something good.

When they would be alone, both mother and daughter talked about their homeland and what were there friends would be doing… now they are in the church, now they went to the market… Years later, if someone would come from Selca the Bošković family would welcome everyone to their home for as long as they needed. 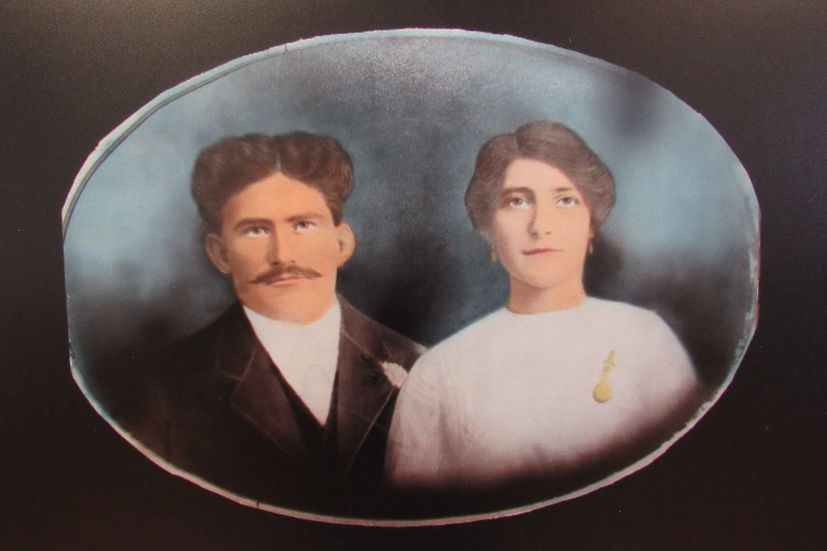 Unbelievable are these stories from these women and what they had to go through…Meanwhile, times have changed in immigration and at home, women are looked upon differently. Nowadays it wouldn’t even cross anyone’s mind to write an article as it was written in 1902. In Split’s Pučki List. Editor, Antun Bijelić, was probably proud to sign the article. The title of the article was, Epistles about women’s heads. Some points were: Women has one head but thousands of tongs. Thing that devil can’t do alone; he has an evil women to help him. Women have long hair but short brain.

Almost two decades after, Novo Doba published an article with a title Balance sheet of a modern Women. The author weighted what has women gained and lost in the meantime. Gains were following; right to vote, equality, independence. At the same time women lost; beauty, fragility and fashion style. It was a difficult and sad period for these women and let this story be a testimony to today’s generations in how much simpler times they live in today.