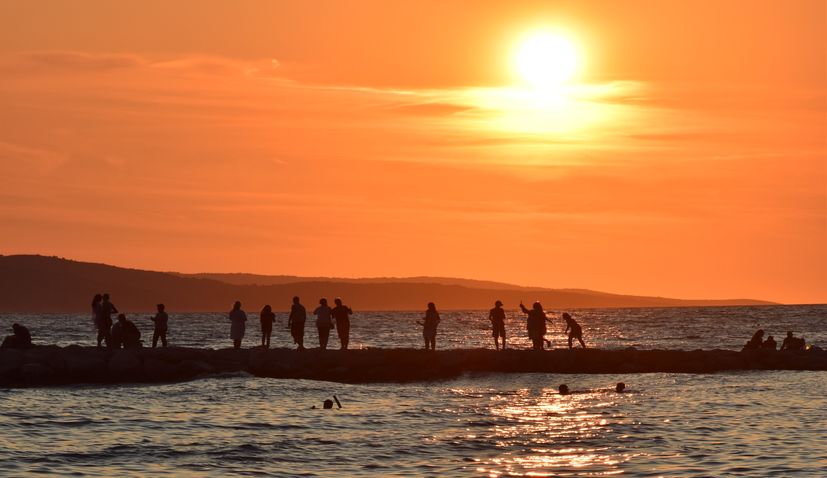 A new global analysis of height and body mass index trajectories of school-aged children and adolescents around the world led by Imperial College London has been published in The Lancet, the world’s oldest and best-known general medical journals.

The study included a network of over 1,000 experts from around the world, including Professor Dr. Sc. Sanja Music Milanovic, an employee of the Croatian Institute of Public Health and the Medical Faculty of the University of Zagreb, based on data on 65 million children aged five to 19 from 193 countries, 24sata writes.

The analysis found that the height and weight of school-age children as indicators of health and the quality of their diet vary significantly around the world.

The difference between 19-year-olds from the ‘tallest’ and ‘shortest’ countries is 20 cm which represents a gap of 8 years of growth for girls and 6 years of growth for boys. For example, the study found that the average 19-year-old from Bangladesh or Guatemala (the country with the shortest girls in the world) is the same height as the average 11-year-old from the Netherlands, the country with the tallest girls and boys in the world.

An international team working on this study warns that a highly variable diet in childhood, especially a lack of nutritional quality food, can lead to stunted growth and an increase in obesity in children affecting children’s health and well-being throughout life.

The tallest and shortest males

The survey, which presents data from 1985 to 2019, found that the countries with the tallest 19-year-olds in 2019 are in northwestern and central Europe and include the Netherlands, Montenegro, Bosnia and Herzegovina, Denmark and Iceland.

The countries with the shortest 19-year-olds in 2019 are mostly in South and Southeast Asia, Latin America and East Africa and include Timor-Leste, Papua New Guinea, Guatemala and Bangladesh.

The largest increase in the average height of children over a 35-year period has been observed in developing economies such as China, South Korea, and some parts of Southeast Asia. For example, 19-year-olds in China was 8 inches taller in 2019 than in 1985, climbing from 150th place in 1985 to 65th place in 2019 globally. In contrast, the height of children, especially boys, in many sub-Saharan African countries has stagnated or decreased in these decades.

The situation in Croatia

The research also assessed the body mass index (BMI) of children – a measure of the ratio of height to weight that indicates whether a person has a healthy weight for their height. The analysis found that 19-year-olds from the Pacific Islands, the Middle East, the United States and New Zealand have the highest BMI. 19-year-olds from South Asian countries such as India and Bangladesh have the lowest BMI. The difference between the lowest and highest average BMI in the study was about 9 BMI units (equivalent to about 25 kg mass).

Professor Majid Ezzati, the author of the study from the Imperial College School of Public Health, said:

In some countries, children grow up healthy by the age of five but lag behind in school age. This shows that there is an imbalance between investing in improving the nutrition of preschoolers and the nutrition of school-age children and adolescents. This problem is especially important during the COVID-19 pandemic when schools are closed around the world and many poor families are unable to provide adequate nutrition for their children.

Although it seems that Croatia is not highly positioned globally in terms of body mass index, I must point out that we are at the very top of Europe in terms of the prevalence of overweight and obesity and that every third child at the age of 8 has this problem. Systematic investments in the proper nutrition of school children both at home and at school are necessary in order to preserve and improve the health of our children. Currently, with the National Program Living Healthy, we are trying to help schools offer children the best possible and more balanced nutrition within their capabilities.