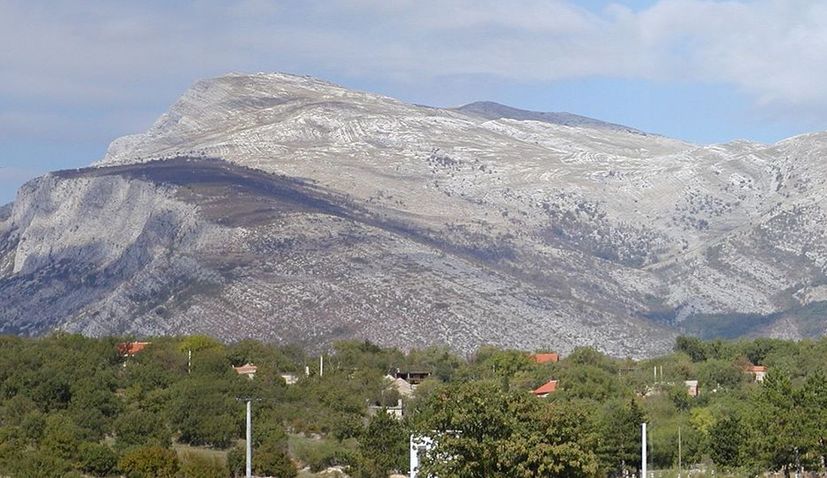 ZAGREB, May 22 (Hina) – Mt Dinara will be Croatia’s twelfth nature park, and a bill on declaring Dinara a nature park was presented in Knin on Friday, with speakers at the event saying that the park would include the Dinara massif (Dinara, Troglav, and Kamesnica), the source and upper course of the river Cetina, and its karst fields.

“Nature Park Dinara will be Croatia’s 12th nature park and together with eight national parks we will have a unit of 20 protected areas. After Dinara is declared a nature park the share of protected areas in the land area of the Republic of Croatia will increase from 12 to 13 percent, and under the European ecological network Natura 2000 there will no longer be 36.7 but 39% of the territory,” Environment and Energy Minister Tomislav Coric said.

Split-Dalmatia County Prefect Blazenko Boban said that of the 63,000 hectares of the future nature park Dinara, almost two-thirds were in Split-Dalmatia County. He recalled that this was an area bordering Bosnia and Herzegovina and expressed hope that that part of Dinara would be protected in Bosnia, as well.

Passing the bill on the proclamation of nature park Dinara would provide legal preconditions for the establishment of a public institution, the adoption of a spatial plan and a management plan for the nature park, which would help to regulate more closely the protection, improvement and use of this protected part of nature and ways to manage it.

The area of Dinara is extremely rich in endemic and endangered species. It is the habitat of over 1,000 plant species (a fifth of Croatia’s flora), of which 75 are national endemics. Over 20 endemic animal species are known.

Dinara also has the highest peak in Croatia – Sinjal (1,831 metres). In the future nature park there are 11 ecological network areas – two for birds and nine for species and habitats, so 87% of the area is covered by the European ecological network Natura 2000.