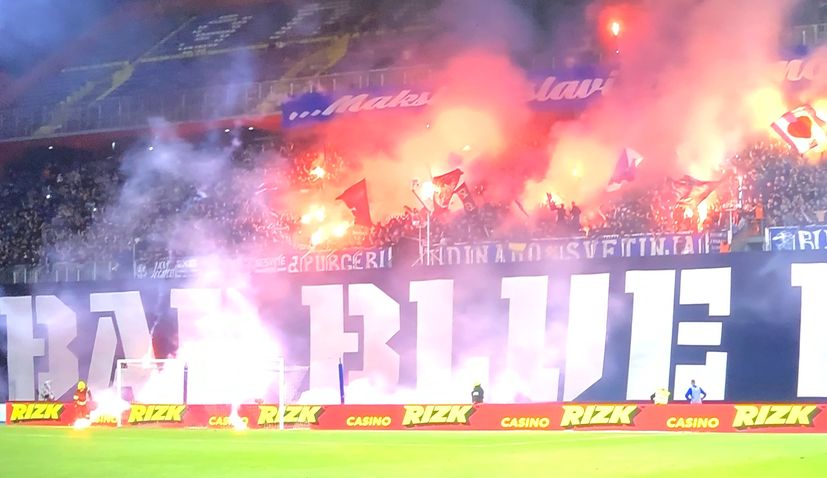 Croatian champions Dinamo Zagreb are just one home and away tie away from reaching the group stages of the UEFA Champions League.

Dinamo have knocked out Ludogorec in the 3rd qualifying round, winning the second leg at Maksimir stadium in Zagreb tonight 4-2 to give them a 6-3 win on aggregate.

After winning the first leg last week 2-1, things could not have started better for the Croatians tonight when they would take the lead in just the 12th minute via the head of Josip Drmić.

The visitors would be reduced to 10 men when Yankov was given his second yellow card in the 17th minute.

Croatian international Mislav Oršić doubled Dinamo’s lead in the 27th minute when he calmly converted from the penalty spot after Dariro Špikić was brought down in the box.

Oršić made it 3-0 before Ludogorec pulled one back on the stroke of halftime through Despodov.  After the break Despodov made it 3-2 but Ludogorec would be reduced to nine men after Rick received a second yellow card to end their hopes of a comeback.

Bruno Petković made no doubt of the tie when he made it 4-2 on the night from the penalty spot.

Dinamo Zagreb will now meet Norwegian club Bodø/Glimt in the playoff with the winners advancing through to the Champions League group stages.

The first leg will be played on either 16 or 17 August with the return leg a week later.