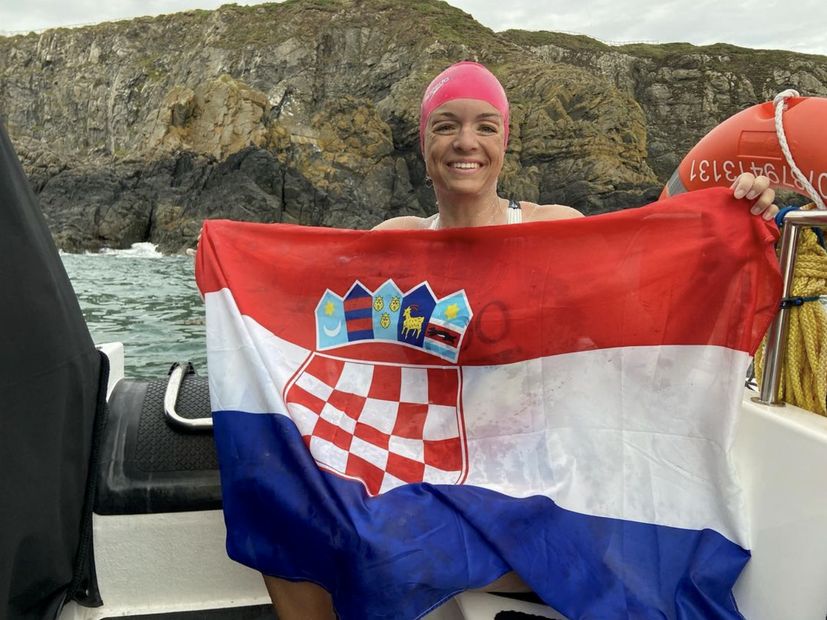 Long-distance swimmer Dina Levačić has become the Croatian person to swim the North Channel between Northern Ireland and Scotland.

The 26-year-old completed the swim on Sunday, taking 10 hours, 26 minutes and 58 seconds. She became the 104th swimmer to complete the North Channel swim, the 43rd female and the first Croatian.

The temperature of the sea was between 14.0 and 15.0 C, and according to the rules, Dina swam only in a bathing suit.

“In 2020, in my attempt to swim the North Channel, I said goodbye to him, but not so long. I knew that I would come back and that I could be stronger than him, I knew that I could defeat him. This special swim is dedicated to three special people, who were and remain indescribably loved: Rok, Connor and barba Željko, this is for you,” said Dina after the swim.

Dina is now one step closer to realising her dream of swimming the Oceans Seven, a marathon swimming challenge consisting of the 7 largest and most difficult channels in the world.

So far she has conquered six – the 30-kilometre Tsugaru Strait between the Japanese islands of Honshu and Hokkaido as well as the Catalina Channel, the English Channel, the Molokai Channel, the Strait of Gibraltar and now the North Channel.

Only Cook Strait between the North and South islands in New Zealand (23 km) remains.

Dina has a GoFund Me page set up to help her realise her dream. You can visit it here