Šuker visited the grave in Belfast with a delegation from the Croatian Football Federation ahead of tonight’s friendly international between Croatia and Northern Ireland. 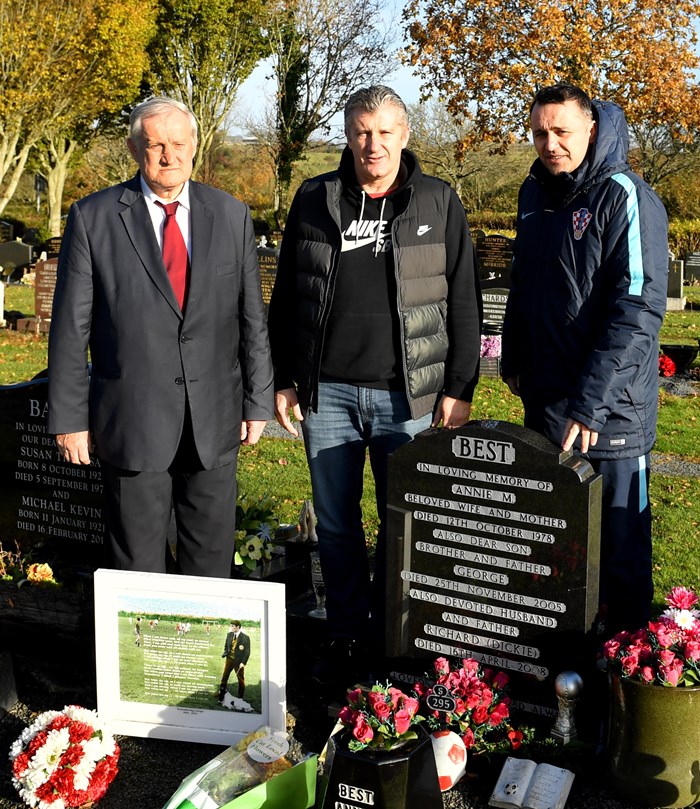 One of the greatest dribblers of all time, his playing style combined pace, skill, balance, feints, two-footedness, goalscoring and the ability to beat defenders.

Best was one of the first celebrity footballers, earning the nickname “El Beatle” but his subsequent extravagant lifestyle led to various problems, most notably alcoholism, which he suffered from for the rest of his life.