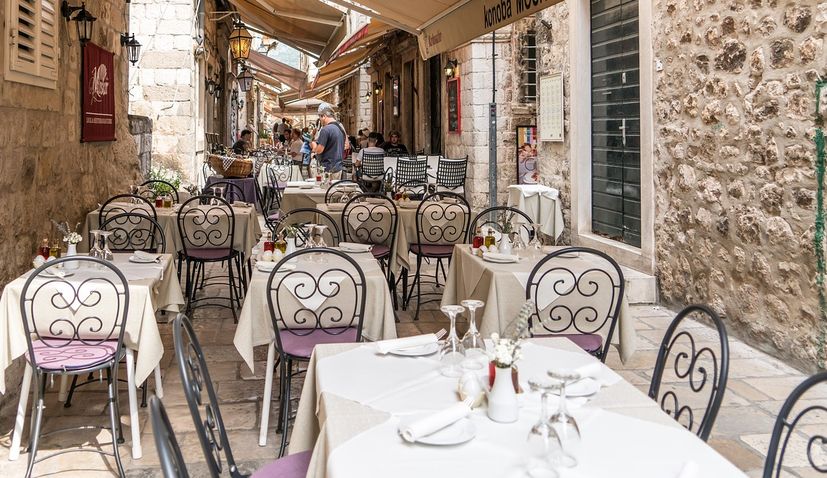 ZAGREB, Sept 24 (Hina) – Over 1,000 bar and restaurant owners from all over Dalmatia stopped serving customers for one hour on Thursday, starting at 11.56 a.m., demanding tax cuts and job retention.

The stoppage was organised by the national and the Split city association of bar and restaurant owners. They were joined by their colleagues in Sibenik, Zadar, Dubrovnik, and other towns in southern Croatia.

Their goal is to warn about the difficult position they have found themselves in due to the coronavirus pandemic and to prompt the relevant institutions to take urgent action so that jobs can be saved.

A similar stoppage was recently organised by bar and restaurant owners in the northern Adriatic regions of Istria and Kvarner when over 600 restaurant and cafe owners closed their facilities for an hour.

The head of the association of Kvarner and Istria restaurant and cafe owners, Vedran Jakominic, said that a survey had shown that 60% of stakeholders in the hospitality sector had seen a drop in business of over 50% and 40% estimated that they would not survive until the next season in the current conditions.

About 80% will have to cancel employment contracts, said Jakominic, who noted that there could be about 20,000 lay-offs in the hospitality sector.