Home » Sport » Dalić reveals who may replace Perišić: ‘It is tough for Ivan’ 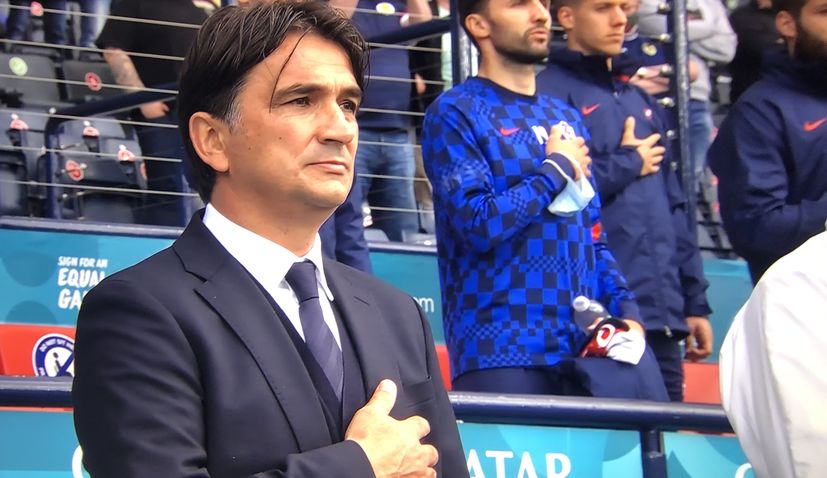 COPENHAGEN. 27 June 2021 – It has been a tough 24 hours for Croatia after in-form winger Ivan Perišić was ruled out of the last 16 clash with Spain on Monday night after testing positive for COVID-19.

Perišić reportedly has mild symptoms which includes a slight back pain. It is also impossible to know whether he picked up the virus in Glasgow or in Rovinj where the team is based.

Croatia, minus Perišić, arrived in Copenhagen today ahead of tomorrow’s clash at Parken Stadium and upon arrival coach Zlatko Dalić and midfielder Marcelo Brozović faced the press.

How is the situation in the squad after Perišić’s positive test?

“It was a shock, it’s hard for him, but we have to adjust to it. Ivan will be our biggest fan and God willing he joins us in seven, eight days. It’s not easy for him, he lives for this, but it can happen. We were shocked by Perišić, but we have been living under that stress for the last month. We’re used to it,” said Dalić.

Who will play instead of Perišić?

“On that left side, we have the widest selection of players. There are Brekalo, Oršić, Rebić, maybe even Ivanušec. We will not philosophise too much. Ivan is difficult to replace, but we have quality solutions for that,” Dalić added.

How much does Perišić’s absence change the concept against Spain?

“We will have a hard time replacing Ivan. The Spaniards have certainly been preparing for Ivan and now they will surely change something. We will look for solutions. We have players who can do it well,” the Croatian coach said.

“They hold the ball for a long time, they create a lot of chances. They play high pressure with four, five players when they lose the ball. They are a top team, fast, quality, full of young players. We will find a quality solution. We need a win, a good game, to be offensive. If we just defend our goal, we will not achieve anything. We play with a really good, quality opponent. We have great respect for the team and the coach. They have deadly finishing. I think our chances are equal. I can’t say we’re worse than anyone,” said Dalić.

Croatia will finally have great support from the fans.

“Now it is much nicer than the first three games. This will be the first match at the Euro in front of a lot of our fans against a strong opponent. I hope that we will not disappoint them,” concluded Dalić.

The Spaniards are quite confident, do our players follow the media?

“We don’t need to care who says what. We respect everyone. We won’t underestimate them, and in the end we’ll see who was right. We know what we want, it’s to be among the last eight,” Dalić said.

How much will Perišić be missed?

“We all know how important Ivan is to the team, but we have a lot of quality players who can replace him. Whoever starts will give it their all,” Brožović, Perišić’s teammate at Inter, said.

Busquets is the heart of Spain, with Croatia it is you. Will that duel in the middle decide the game?

Is the solution to let the Spaniards have possession and go on the counter?

“Yes, but not the whole game. We have to have planned actions,” says Brozović.