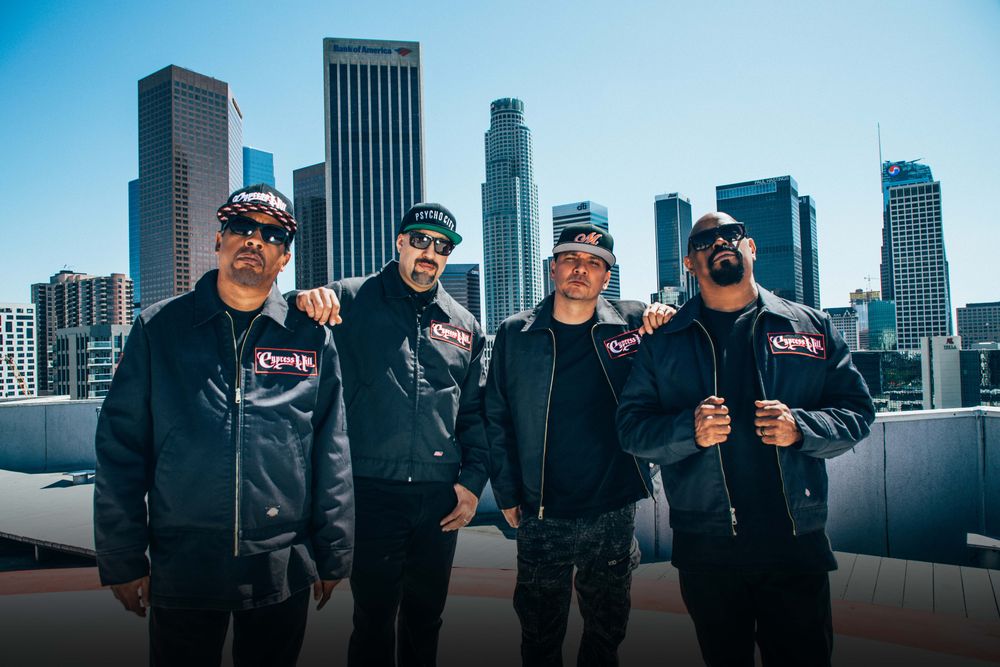 ZAGREB, 20 February 2020 – One of the biggest hip-hop groups of all time, Cypress Hill, are coming to Croatia to perform.

The American group will be performing at the 4th edition of Sea Star Festival, which will be held on 22-23 May in the Stella Maris lagoon in Umag.

Following last year’s spectacle by the Wu-Tang Clan, the Sea Star Festival raises the bar in 2020 and brings the hip-hop icons that have forever changed the course of this musical direction. The California rap gods have their star on the Hollywood Walk of Fame and have sold a whopping 20 million albums sold worldwide.

They are also the first rap group to have two albums in the top 10 at the same time, one of them at the top. Multi-platinum runs have taken them to the biggest stages of the world such as Lollapalooza, Coachella, Rock Am Ring, Glastonbury, EXIT and Roskilde, where they played with The Cure last year.

Credited for hits like “Insane In The Brain”, “Tequilla Sunrise”, “Rock / Rap Superstar”, “Hits From The Bong” and “I Ain’t Goin ‘Out Like That”, Cypress Hill has strongly influenced the global hip- hop scene, and with their thinking outside the box they have promoted bilingualism in their songs since their first album.

Always indispensable as actors in popular culture, this megagroup also received its episode in the cult series The Simpsons, their hits played in the super-popular game Grand Theft Auto and films and series such as “Fast & Furious”, “The Sopranos”, “Mr. Robot”, “The Wolf of Wall Street”, “Friday”, and more.

These visionaries are musical role models to all the great hip-hop and rap groups that formed later. The great Rage Against the Machine once stated that they listened to Cypress Hill while creating their first album, and they also covered it on their hit, the Renegades panel. At the same time, Cypress Hill member DJ Muggs is credited with the megahit “Jump Around” of House Of Pain.

After three successful editions and over 120,000 visitors, Sea Star Festival organisers are preparing what will be one of the most spectacular festivals of the 2020 in Croatia. Amelie Lens, Meduza, Dubioza Kolektiv, Vojko V, Klinac, Kuku$, Buntai and others have also already been confirmed.

The fourth edition of the Sea Star Festival will take place at Stella Maris Lagoon in Umag on May 22 and 23, and in addition to the main days when the festival will be in full force, the inaugural “Welcome Party” will take place on May 21 and May 24 is reserved for the “Closing Party”.

Tickets can be purchased from 229 HRK, which is 40% cheaper than what the cost of the final price will be. VIP tickets are also available at Seastarfestival.com for 750 HRK and online at Ticketshop.hr and Entrio.hr. Tourist packages from 46 EUR are also on sale, which, in addition to the ticket, also includes accommodation available through the festival’s official travel agency, EXIT Trip. found on the Sea Star Festival page.