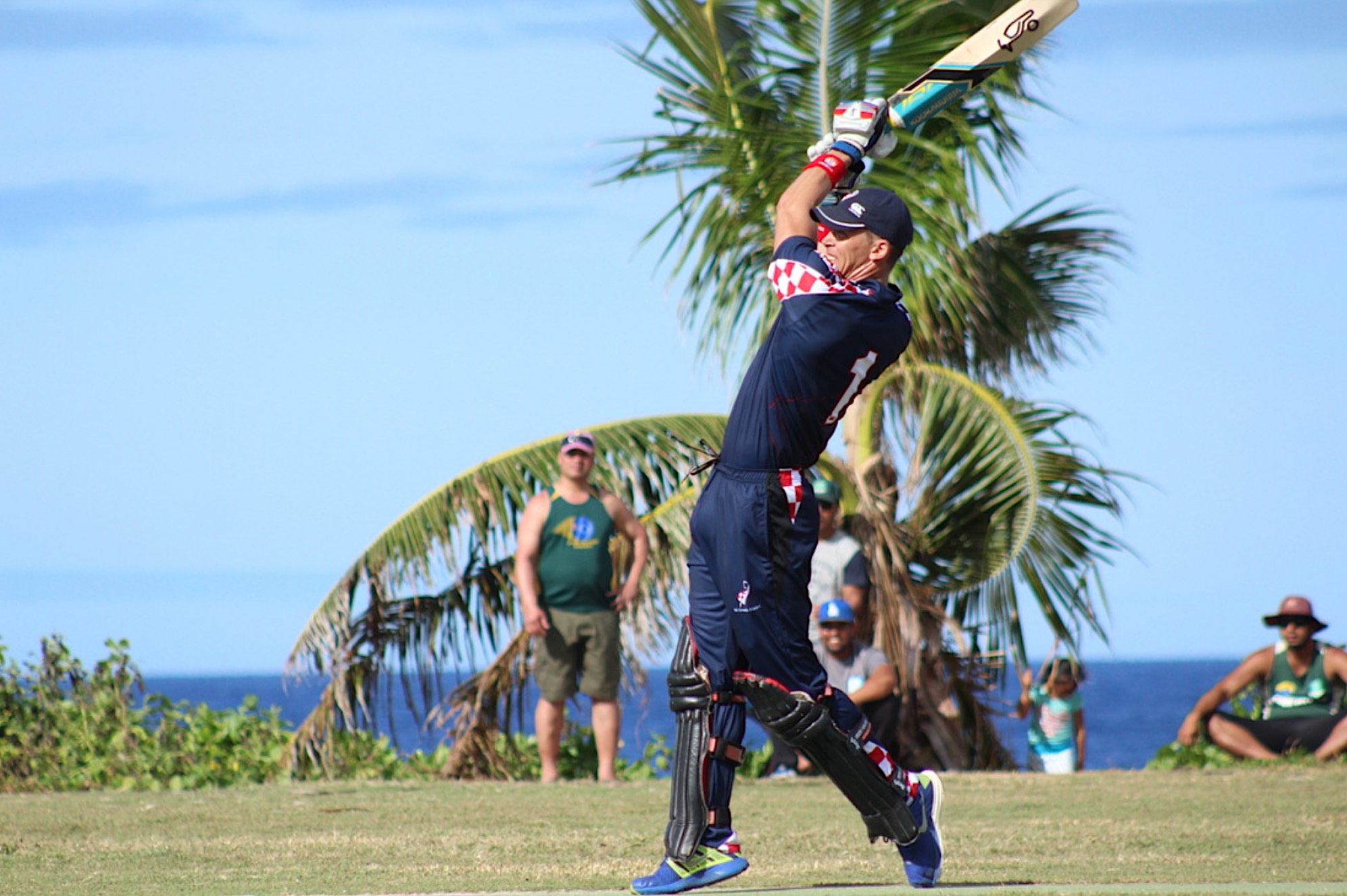 16 September 2019 – When Joseph Yovich talks about his cricket club being a culture club, there’s not a chameleon in sight and definitely no sign of Boy George padding up.

Nor is there any post-millennium coach in the changing rooms proffering odes to “team culture” as vague slang for everything from values to collective memory.

In this dressing room, culture still means the real deal. There’s a Croatian flag draped from corner to corner above the players’ cubby holes. Red and white checks, the instantly recognisable national symbol of Croatian and Croats, adorn the uniforms hanging from the pegs. Players toss around words like “braća” — brothers — and “hvala” — thanks — as easily as they throw a cricket ball and, in the corner, foundation member Daniel Marsic has a portable speaker pumping out Croatian folk music from his iPhone.

With most of this team fourth and fifth generation New Zealanders, not one of these men was born in Croatia, but the ancestral force runs strong. And that’s the point.

“The thing about Croatian families is we never forget our roots,” says Yovich, one of Northern Districts’ most-capped cricketers until hanging up his Knights cap in 2013. “Many of the families here in New Zealand have been here for generations, but we grow up still knowing which villages in Croatia our great-grandparents came from, keeping ties strong and learning to dance the kolo.”

New Zealand has had Croatian tennis stars, All Blacks in rugby and Croatian All Whites and Football Ferns while one of the country’s best known football teams, Auckland City — founded by Croatian immigrants and a regular at the FIFA World Club Cup — has won more consecutive league titles than any other football team in the world.

Croatia may be more readily identifiable with football and tennis on the global sports field, but in New Zealand cricket is the biggest summer sport that kids grow up playing. With more than 100,000 New Zealanders of Croatian descent, scorecards are peppered with more than a few Croatian names. Anton Devcich, Ben Lister, Dušan Hakaraia and Yovich — all are current or former first-class reps; and Devcich a Blackcap in recent years.

Many more names pop up at club and district rep level, with a concentration in the northern areas of New Zealand — Auckland and Northern Districts — where most pioneering families from Croatia came to work in the kauri gumfields in the early 1900s.

“A few years back, several New Zealanders went over to Croatia itself to play for the country in an official ICC Europe event, qualifying through ancestry,” says Yovich. “It was around then that it occurred to us that we had enough New Zealand players of Croatian heritage to actually form a club here in New Zealand.”

Launched in 2013, New Zealand Croatia Cricket is a wanderer’s club — a club without clubrooms that instead plays bespoke fixtures against other teams to bring its geographically sprinkled members together for a purpose and “cultural catch-up”.

“It’s a nice way for us to recognise our shared heritage and keep those values and connections strong, while playing a sport we all really enjoy,” says 42-year-old Yovich, whose own family settled in Whangarei.

“The club also has a mandate where it’s about us older fellas giving back to the game and creating opportunities and fixtures for young cricketers to play with and against us, to hopefully pick up a few tricks and just generally test themselves against battle-scarred cricketers.

“That’s something that really helped me when I was a young fella playing cricket for Northland — playing with and against men who had 20-plus years of senior rep cricket under their belt — but with cricketers tending to retire in their late 20s or early 30s now, young players don’t get to experience that very often these days.” 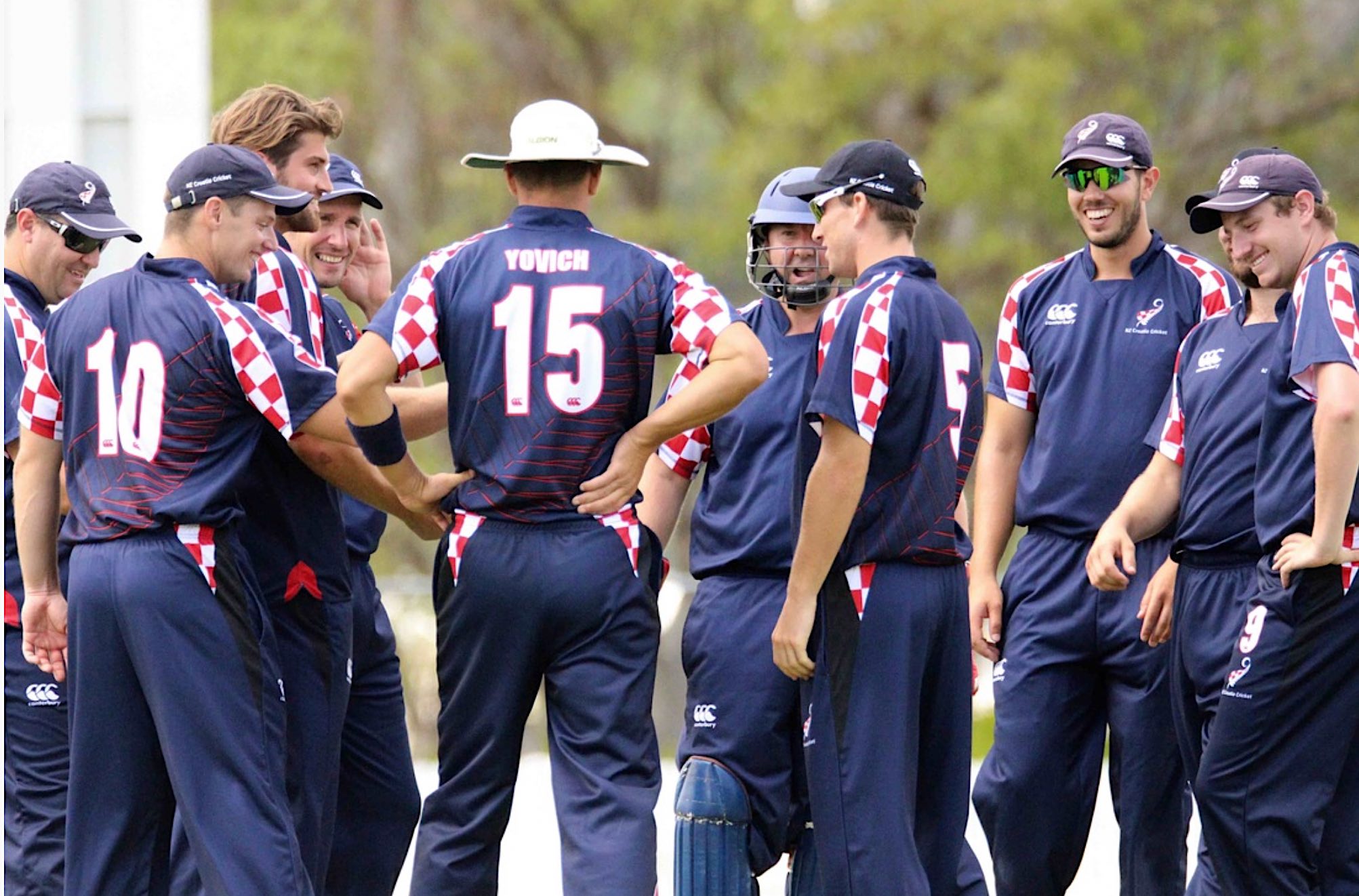 The club plays an annual Kookaburra NZ Croatia XI fixture against Auckland Cricket’s academy players — their future Aces. NZ Croatia brings in heavyweight guests for the fixture, the ilk of former BLACKCAPS Dion Nash, James Marshall and Richard Jones — to up the challenge. It also tours ICC affiliate nations to offer free coaching and a novel opponent, with New Zealand Croatia about to depart for its third international tour — to Samoa this week, following two successful tours to assist another ICC EAP member, Cook Islands Cricket.

The 13-strong touring team will be captained by Yovich who played 265 games for Northern Districtrs as an allrounder, including 121 first-class caps; and sports a former Blackcap in Test wicketkeeper-batsman Reece Young. They are the name players in a squad that ranges from ages 21 to 54 that heads to Apia this Wednesday (18 September) to play six matches against the national men’s, women’s and leading club sides of the ICC-affiliated Samoa International Cricket Association.

“The goal is to continue to help foster cricket development for others, through playing and offering free coaching and promotional activities wherever we can help out, utilising the collective experience from our own careers,” says Yovich.

“The great thing about our tours is that they’re also a genuine cultural exhange.

“We’re very proud of our unique cultural identity — as are our opponents in the islands. It’s a great chance to share our culture with an audience who hasn’t been around much in the way of Croatian traditions before, and for us to learn about Samoan culture and values in an authentic way. By the end of the week, I’m pretty sure we will have found out that we’ve actually got a lot in common, too.”