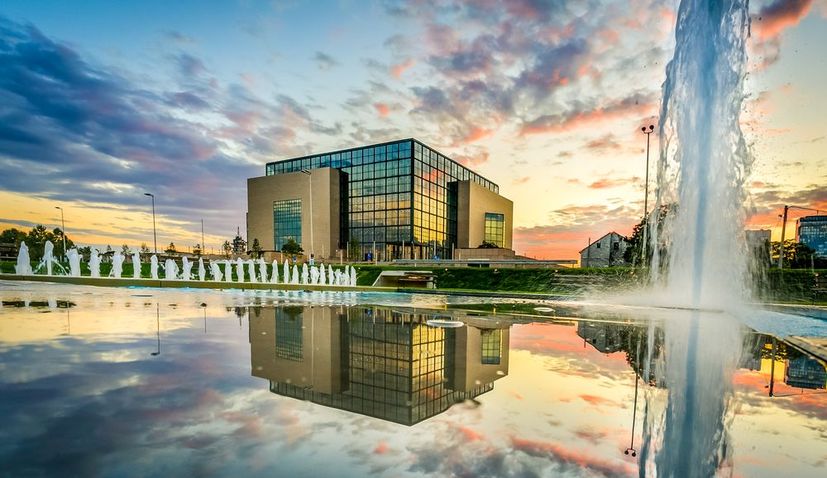 ZAGREB, 22 February (Hina) – Croatia’s National and University Library (NSK) in Zagreb celebrated its Day on Monday, with Prime Minister Andrej Plenković saying that the NSK played an important role in promoting the Croatian language as an element of the nation’s identity.

Addressing a ceremony marking the NSK Day, Plenković praised the NSK for promoting knowledge, education and cultural awareness, adding that its high level of professionalism had also resulted in a well-organised and successful network of libraries across the country.

The general director of NSK, Ivanka Stričević, said while marking NSK Day that last year was particularly challenging for this institution but that equally so it was a year of new opportunities, new collaborations and of new thinking.

Even though statistics for 2020 indicate a fall, including in the number of members and physical visits to the library as well as the number of books that were borrowed, despite visits to libraries being restricted due to the epidemic, the NSK recorded as many as 140,000 visits last year.

“That is just 20,000 fewer than in 2019. Virtual visits to the library increased by 30% to 550, with more than 9 million views of digital content, while the digital library portals recorded an increase of 20 to 25% according to all parameters. There was also an increase in followers on social media, of as much as 50% on some of them,” Stričević noted.

Stričević said that the key task in the future is to increase the library’s security and resilience to risks as well as responding to the challenges of the digital age and increasing investment in services including digital services. With that objective in mind, a multimodal complex project is being developed to strengthen the NSK which should be implemented in the coming strategic period, she added.

“A new strategic period is ahead of us, which is something we worked on throughout 2020 and set the course of development which has been aligned with the national development strategy until 2030. That gives us an opportunity to work on the culture of quality within the institution and on steps towards projects and financing that will strengthen the NSK as the central library and information system in Croatia and ensure continuity and permanency in the space and time ahead of us,” said Stričević.

The NSK today marks the 414th anniversary of its existence. It also commemorates 22 February 1483 when the first book was printed in the Croatian language, a Roman missal. It is also the first liturgical book of the Roman Rite printed in a non-Latin language and non-Latin script.

Due to the coronavirus pandemic, the programme celebrating NSK Day was held online via the NSK’s website and Facebook profile.