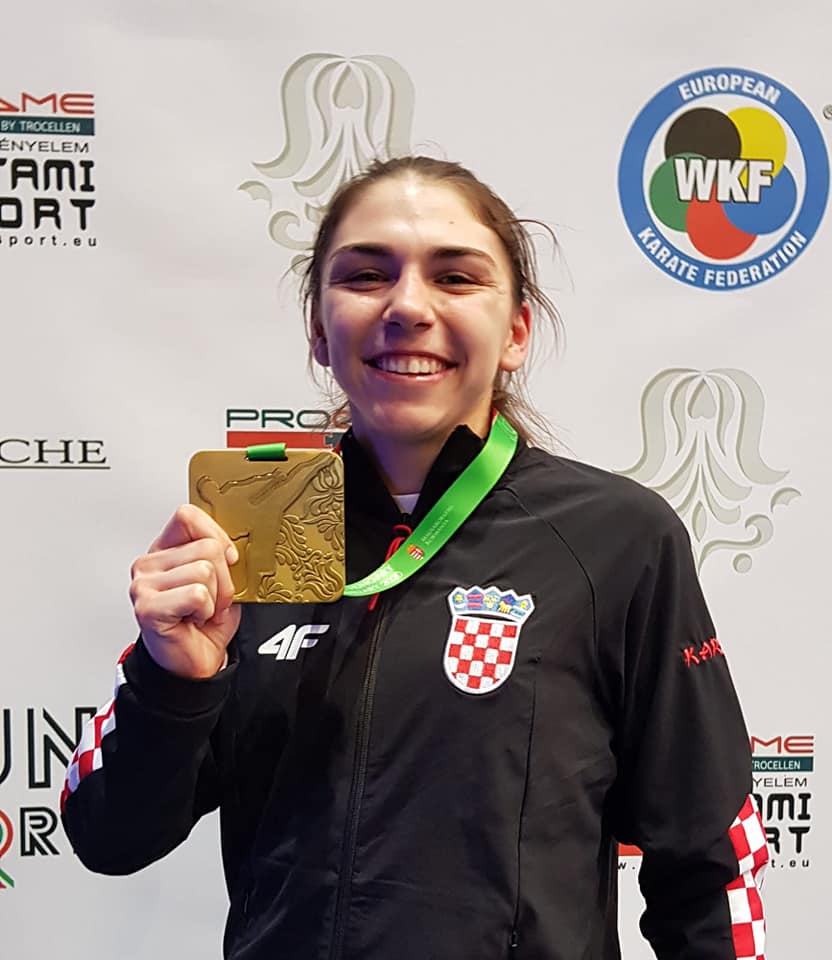 BUDAPEST, 9 February 2020 – Croatia has had a great day at the 2020 European Karate Championships for Cadet, Junior & U21 Championships in Budapest, Hungary on Sunday.

19-year-old Jelena Pehar is the new European U21 karate champion after winning gold in the U50 kg category. In the final, Pehar beat Portugal’s Caterine Rodrigues (1-0) to cap off an impressive day for Croatia at the championships.

Pehar started karate after being inspired by her brother who practiced the sport. When she moved to Zagreb, she started working with former world champion Danilo Domdjoni and became a member of his club Ipon, Vecernji list writes.

Pehar became world junior champion at the age of 15 and won the Croatian Olympic Committee’s Drazen Petrovic award for the most promising Croatian female sportsperson.

It was the first time a Croatian senior or junior karate team had won five medals in one day at a major event.