Croatia has two more world champions after a  remarkable win by brothers Šime and Mihovil Fantela at the World Sailing Championships in Denmark.

The brothers won gold in the 49er class on Saturday to complete a fairytale few days. The brothers went into today’s medal race with a 13 point lead ahead of Germans Tim Fischer and Fabian Graf and made sure there would be no surprises as they shepherded their opponents and took little risks to persevere their lead and win the gold medal. 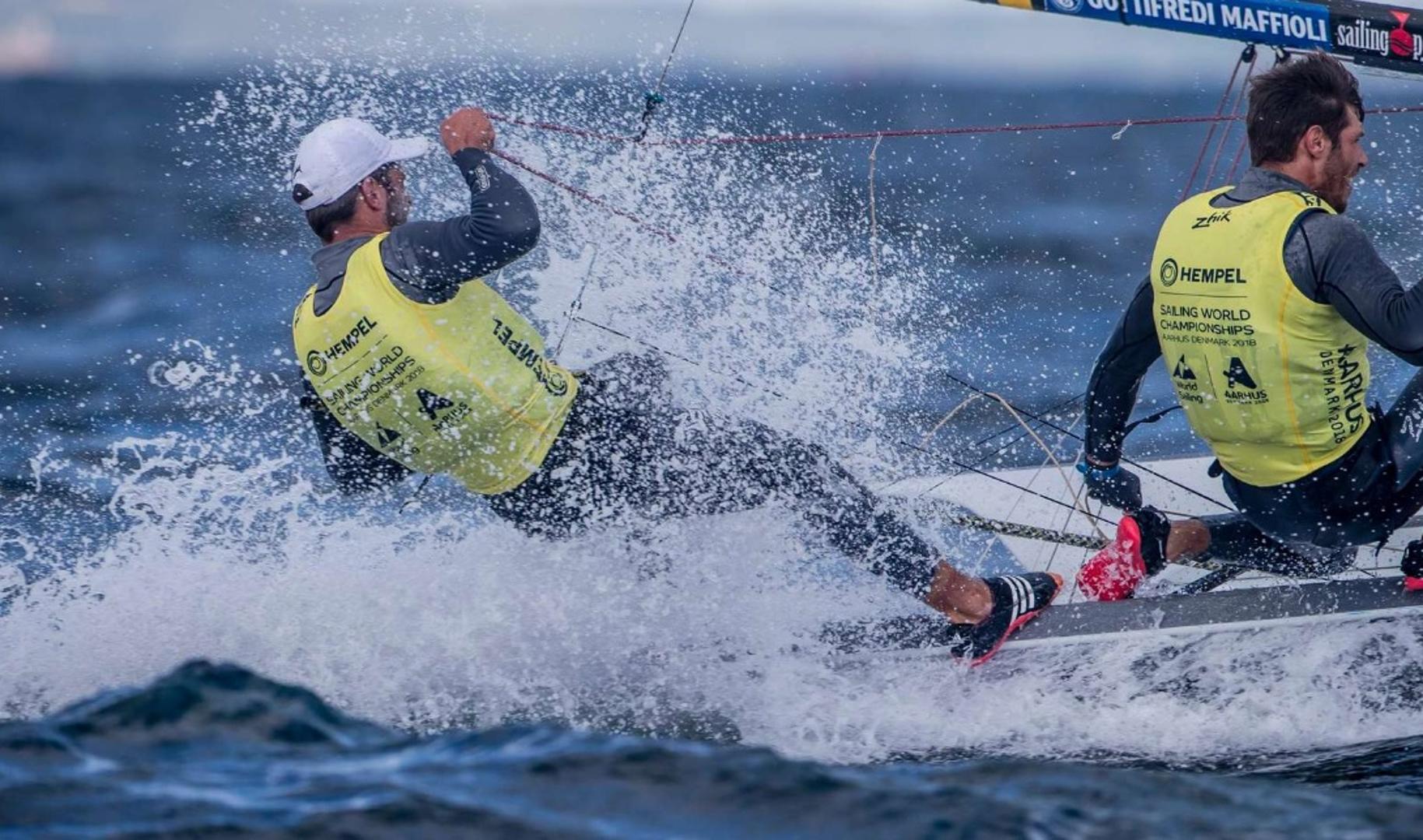 It is an amazing feat considering the brothers only recently started sailing together and their goal was to just pass the qualifying at the world champs.

“It’s been an amazing last year sailing with my brother,” Šime said. “It’s been a challenge some days coming from the 470, so winning the World Championships is beyond my dreams.”

Šime, 32, won two class world championships and the gold at the Rio 2016 Olympics whilst Mihovil, 28, is an ex-windsurfer.

Šime Fantela and Igor Marenić with gold in Rio (PR)

“Our goal since I changed class was a medal in Tokyo (2020 Olympics),” Šime said. “We know how many more hours in the boat we have to spend – our boat name is “ten thousand”, which is a symbolic name for how many hours we need to spend in the boat if we want to win a medal because. I’ve been there once and I know how much hard work it takes to have even a chance to shoot for a medal,” he told World Sailing.