Thd new polar expedition passenger ship 485, which will be named “Janssonius”, is 108.6 meters long, 17.6 meters wide, and the speed of 15 knots will be provided by two main engines with a total power of 4260 kW, the shipyard said in a statement after the launch.

The polar expedition ship, contracted by Oceanwide Expeditions, which specialises in expeditions to the Antarctic and Arctic, will be able to accommodate 194 passengers in 81 cabins who will be looked after by 78 crew members.

The ship was built during the pandemic and the shipyard made sure to protect the health of their workers and their families, said Tomislav Debeljak, President of the Management Board of Brodosplit.

“I want to point out that this is our third ship that we have contracted in a completely new and innovative way that includes financing the ship. In this way, we have shown the very demanding world market the possibilities of Croatian shipbuilding, the possibilities of Brodosplit, which is growing into a leader in European polar cruiser builders, said Debeljak. 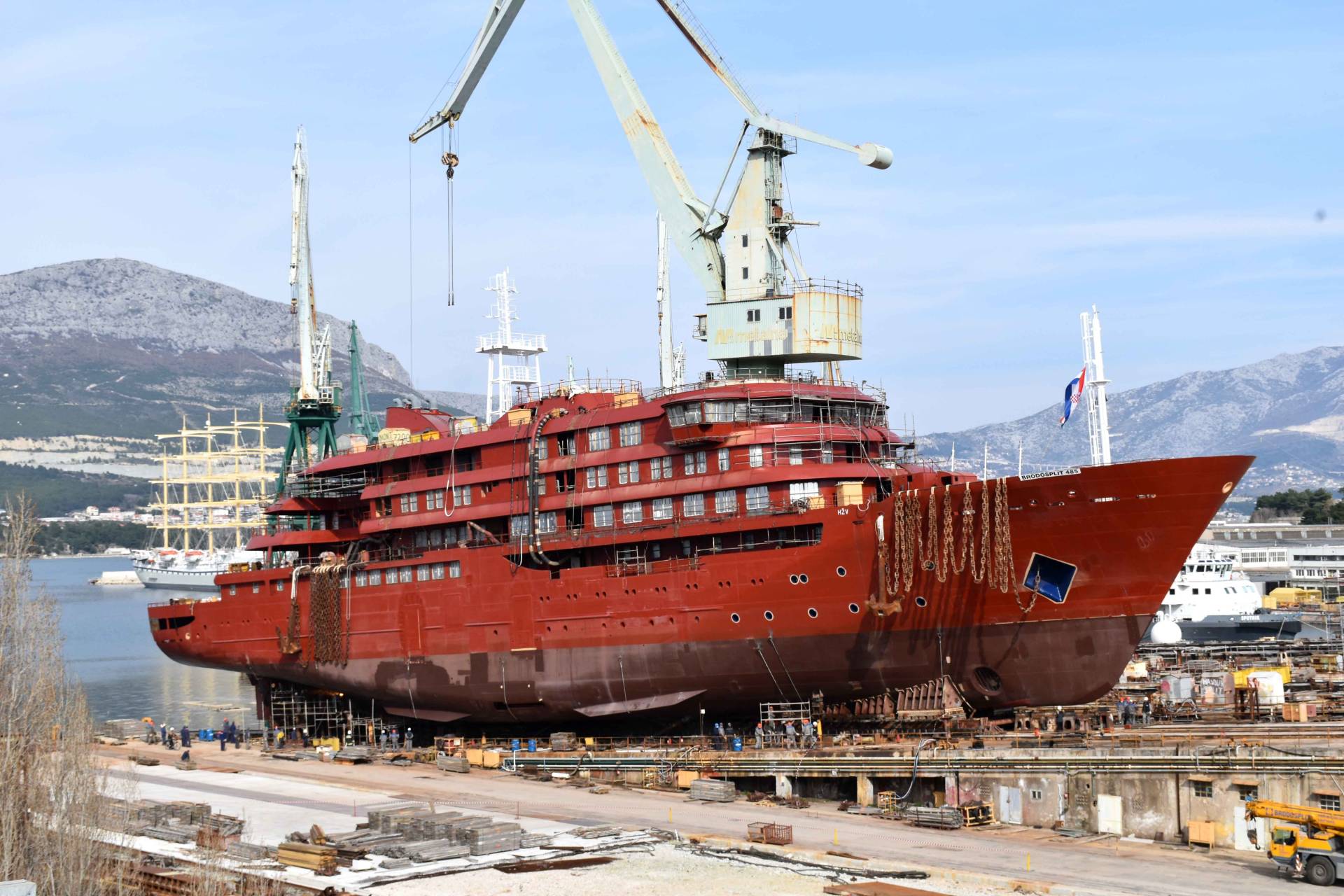 The polar cruise ship is built in the “LR PC6” class, which meets the latest requirements of the Lloyd’s Register for vessels “PolarClass 6”, and will be available to the first passengers for the 2021/2022 Arctic season.

“This is the third launch of ships from the polar class program that we are building thanks to the guarantees of the Government of the Republic of Croatia that we received in the first term of the government of Andrej Plenković, and thus secured the financing of projects, thanks to which we compete for the construction of the most modern and most expensive such ships. One such ship is the Nov. 487, which bears the name “Ultramarine”, which has been completed and is expected to be handed over soon, after which the state guarantees will be returned immediately,” Tomislav Debeljak pointed out. Karl Kolak, a student of the centre cut the rope with champagne and symbolically ‘launched’ the boat into the sea. 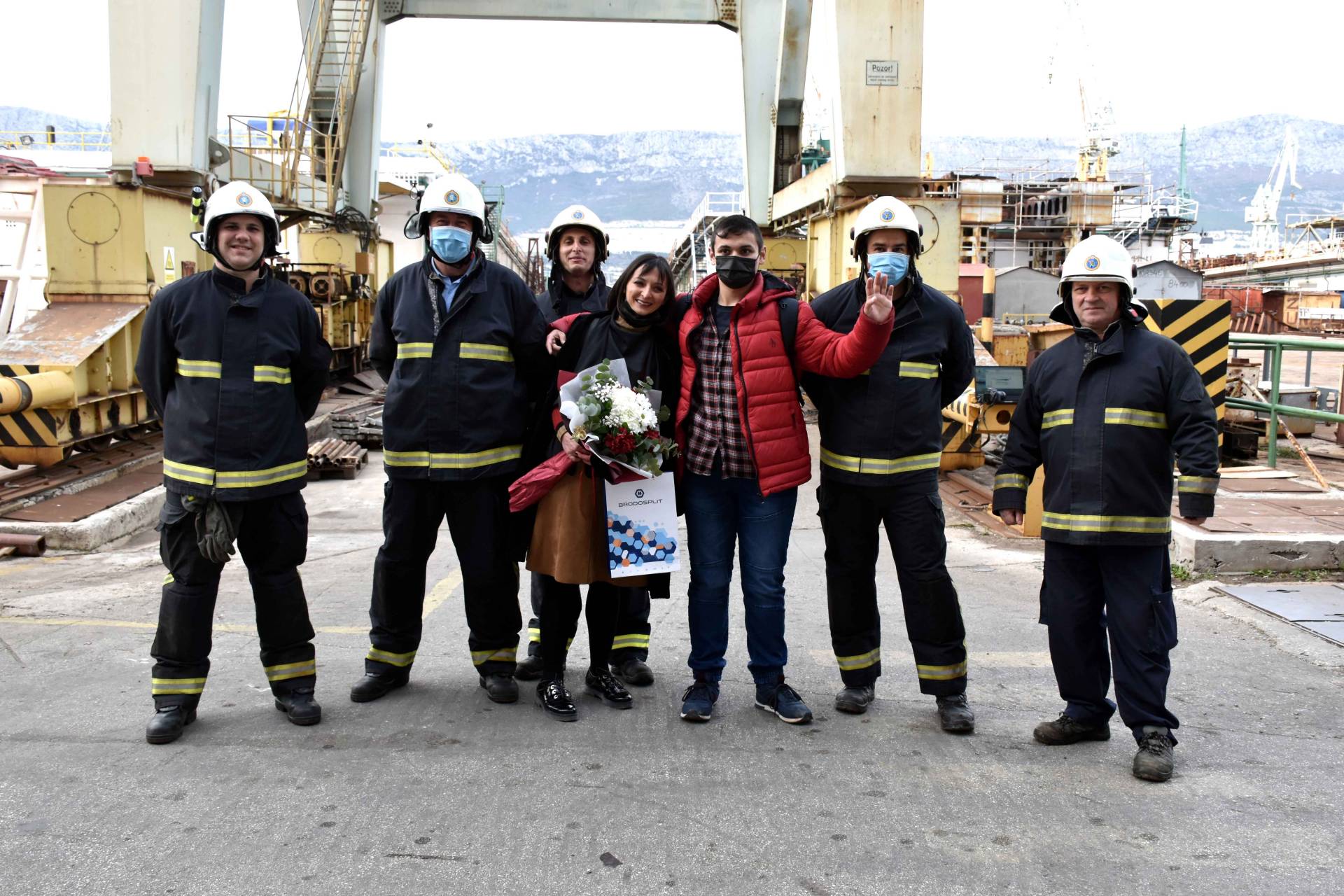 “Congratulations to Brodosplit on this another great achievement and completion of the construction of 485. Every ship like this is a success of the shipyard, as well as the country from which it comes. Given the fact that this ship will carry about 70 percent of the equipment and materials that are the fruit of Croatian hands and Croatian knowledge, our and your success is all the greater. The government will continue to monitor the construction of new ships and thus provide a hand of cooperation to shipyards that can and know how to fight international competition. Brodosplit proved with this ship that it can, that it knows that. We are looking forward to future cooperation and your future successes and we congratulate you from the bottom of our hearts on them,” said Tomislav Ćorić, Minister of Economy and Sustainable Development.

Brodosplit has over 2,000 workers and the group has become one of the largest net exporters in Croatia.