Croatian basketball legend Toni Kukoč has been inducted into the FIBA international basketball Hall of Fame at a ceremony at FIBA headquarters in Switzerland last night.

World class basketball personalities and, for the first time ever, a team, were enshrined in a ceremony held in the Naismith Arena, FIBA’s exhibition space named after the inventor of basketball.

Kukoč was one of the first established European stars to play in the NBA, winning the NBA Sixth Man of the Year Award in 1996 and 3 NBA Championships with the Chicago Bulls in the 1990s. 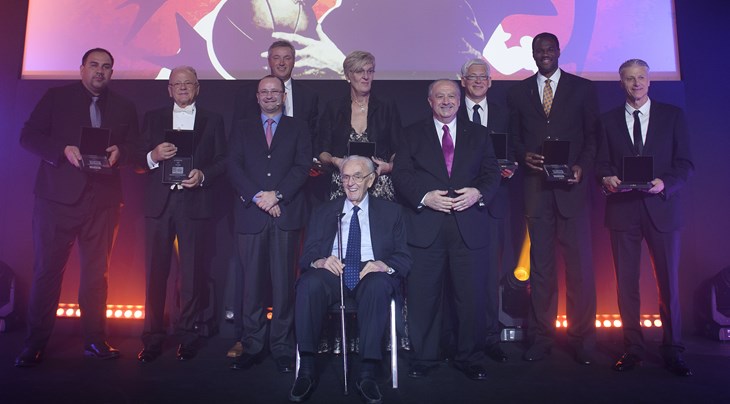 FIBA President Horacio Muratore said: “It is with tremendous pride that we induct these great basketball personalities into FIBA’s Hall of Fame as the Class of 2017. They have positively impacted our sport and assisted its growth in the four corners of the world for many years. 2017 is an important year as it marks FIBA’s 85th anniversary and the 10th anniversary of the FIBA Hall of Fame. It also means it has been 25 years since the Dream Team amazed us all at the 1992 Barcelona Olympics. We normally would not induct a team into the FIBA Hall of Fame but we are making an exception for the Dream Team because of its outstanding contribution to the development of international basketball. Congratulations to all of the inductees that make up the 2017 Class of the FIBA Hall of Fame for receiving this well-deserved honor.