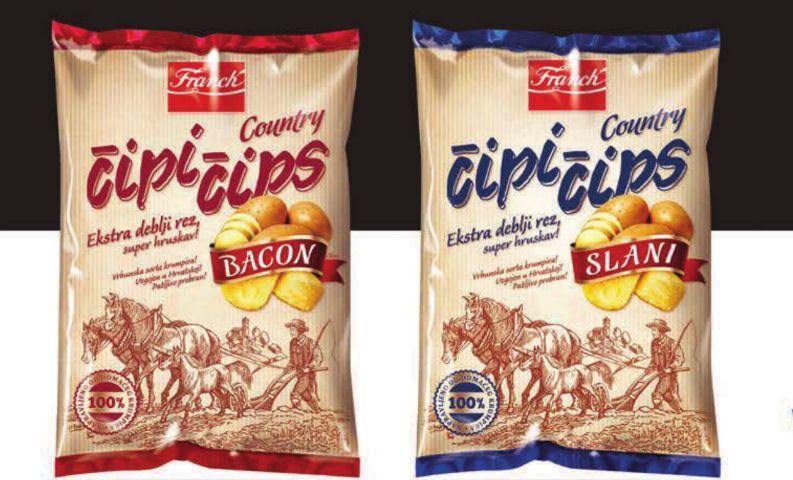 Portfolio by Grozić Studio designed the packaging for Franck’s Čipi Čips Country – which come in three flavours – and won the WorldStar Award from 293 nominations from 34 countries in Budapest recently.

All graphics on the chip packets are hand drawn and high quality copper plate print was used to bring up the traditional look and feel of this product, and to express fine lines in drawings.

Creative director for the campaign was Romano Grozić, designer was Tomislav Leopold and the illustrator was Damir Facan-Grdiša. The packaging has already been awarded in Croatia when it took out the Cropack 2015. 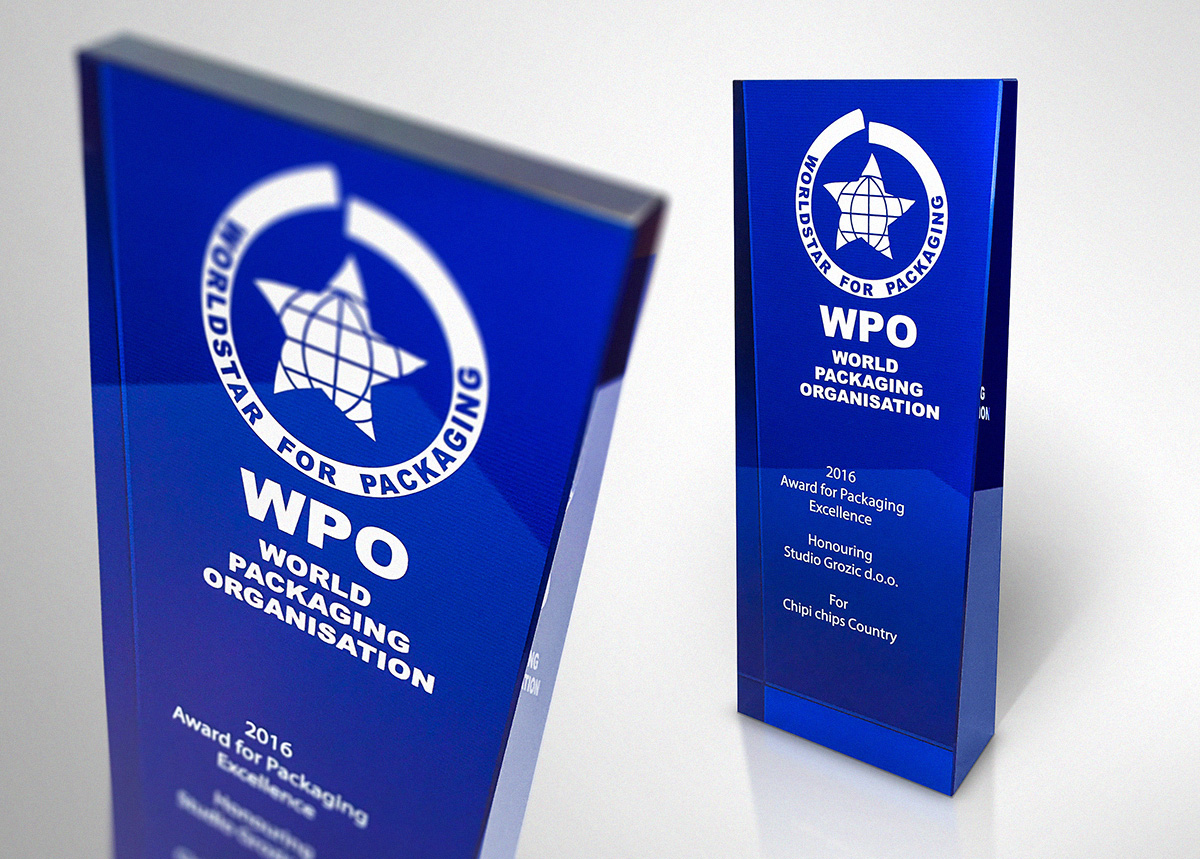 Based in Samobor, Portfolio by Grozić Studio has for the past eleven years successfully worked developing a number of big brands such as Audi, Illy coffee, Sergio Tacchini, Stefanel and Pikenz.

“We take into consideration unique needs of clients and integrating them into the contemporary trends of visual communication, every project has its market value raised in our house. In order to achieve that, we invest much time into detailed research that precedes any new idea,” the studio says.

The team collecting the award in Hungary

The WorldStar Awards were founded in 1970 and are one of the major events of the World Packaging Organisation (WPO) and is the pre-eminent international award in packaging.