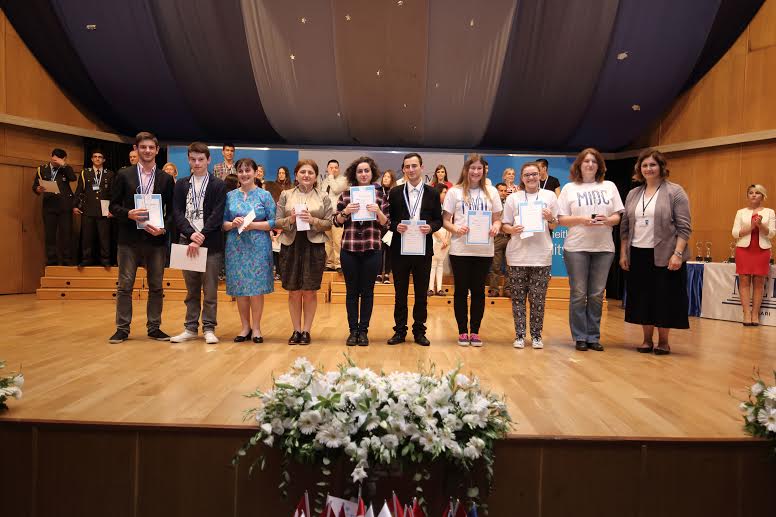 The Croatian students with their second place awards

A group of Croatian students from the Physics: XV. Gymnasia in Zagreb have claimed the silver medal at the 25th MEF International Research Projects Contest held in Istanbul, Turkey over the weekend…

The Croatians took second place in the international section of the contest with their Optical Recognition of Facial Biometric Features Using Digital Holography project.

Since its establishment in 1992, the contest has been encouraging high school students to carry out scientific research. Amongst the 579 projects submitted from 27 countries, only a 100 from 21 countries were found to qualify for the final round. The projects had a contemporary focus, including but not limited to areas such as environment technologies, energy storage, herbal treatment methods, water purification, prevention of corrosion in cosmetic products, new polymer and nano-materials, increasing of green zones, diagnosis and treatment of cancer and Alzheimer’s disease, and improving the durability of buildings against explosions and impacts.

This year’s projects, exhibited at MEF Schools for three days from May 10 for the public’s and jury’s viewing, were mostly the results of collaborations between the competing students, private sector, and universities as the students attempted to make best use of modern technologies. The 100 projects submitted by 169 students had made it through the preselection and had been evaluated by a jury, who agreed on the fact that the projects were qualified enough to be implemented in the industry if they were to be further developed.

Marking its 25th year, the contest, which was open to all applications from the youth except MEF Educational Institutions’ own students, featured projects from students who seemed to have mastered their subjects through the knowledge they accumulated as they worked on their projects.