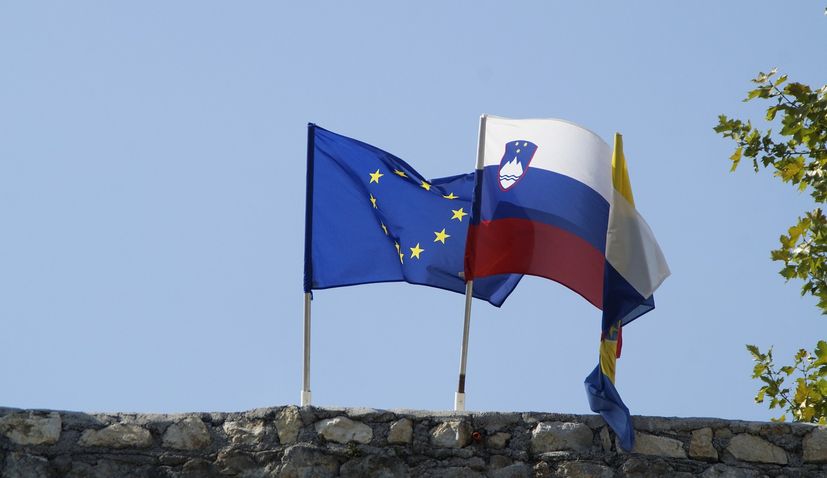 ZAGREB, May 16 (Hina) – The Croatian and Slovenian ministers of the interior, Davor Bozinovic and Ales Hojs respectively, held a meeting in Ormoz, Slovenia, on Saturday, at which they confirmed the excellent cooperation between the two countries’ police forces.

One of the topics of the meeting was the coronavirus pandemic, and Bozinovic said that the two countries’ ministries of the interior had dealt quickly with all issues posing a problem for their citizens and business sector on a daily basis.

“We were the first in Europe to enable convoys, the transport of goods by truck…  before the European Commission made such a recommendation. There was practically no suspension of transport,” said Bozinovic.

He described the two countries’ cooperation as excellent, recalling that they had reopened their borders and that since Friday evening, 2,000 Slovenian nationals had entered Croatia.

Minister Hojs said that his Croatian counterpart had informed him that border procedures were mostly due to estimates by Croatian epidemiologists that the entry of foreign nationals, including those from Slovenia, requires continued control of locations where they are staying, which is why a control regime has been introduced, with Croatian police taking the addresses and phone numbers of persons entering the country.

As for illegal migrations, they did not stop entirely during the coronavirus pandemic, even though they have decreased significantly, said Bozinovic, adding that Croatia had prevented illegal migrations on the border with Bosnia and Herzegovina and Serbia.

“We expect possible new movements of migrants following the relaxation of COVID-19 restrictions and greater mobility, primarily between Croatia and Slovenia, for the time being,” Bozinovic said, with Hojs noting that Bozinovic had confirmed that the return of migrants from the Slovenian to the Croatian side of the border was not problematic.

“All illegal migrants who do not want asylum in Slovenia will be returned to Croatia without any problem,” said Hojs.

Another topic of the meeting was Croatia’s accession to the Schengen area of passport-free travel, with Bozinovic saying that it was not only in Croatia’s interest but also in the interest of Slovenia and the rest of the EU.

“The current situation, too, proves that all security problems, including health problems related to the epidemic, are transnational. Neither viruses nor any other thing, from terrorism to illegal migrations, know borders and the only way to efficiently fight them is cooperation,” said Bozinovic.

“The latest proposal, made by the next EU chair Germany, goes in that direction and Slovenia is interested in the Schengen border moving to the Croatian-Serbian border within a reasonable period of time. I have told  Minister (Bozinovic) that if Slovenia finds that the Schengen control of the future external border is not performed as expected, we will be prepared to reintroduce border controls at any moment,” said Hojs.