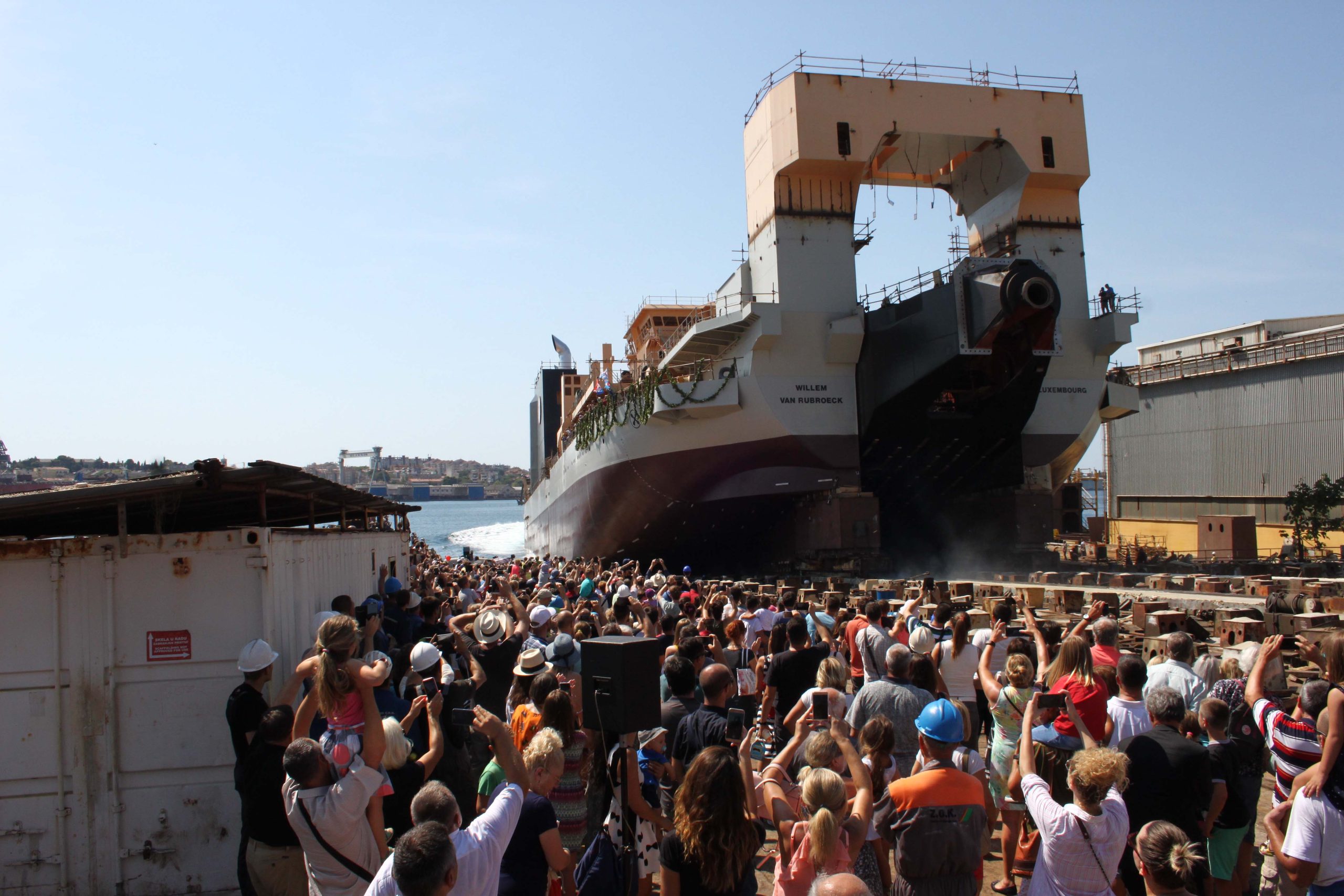 Croatian shipbuilder Uljanik has launched the world’s most powerful cutter dredger over the weekend at its shipyard in Pula.

The self-propelled cutter suction dredger, named after the great Flemish missionary and naval explorers of Medieval times, is 36 metres wide and is able to dredge material up to 45 metres deep. 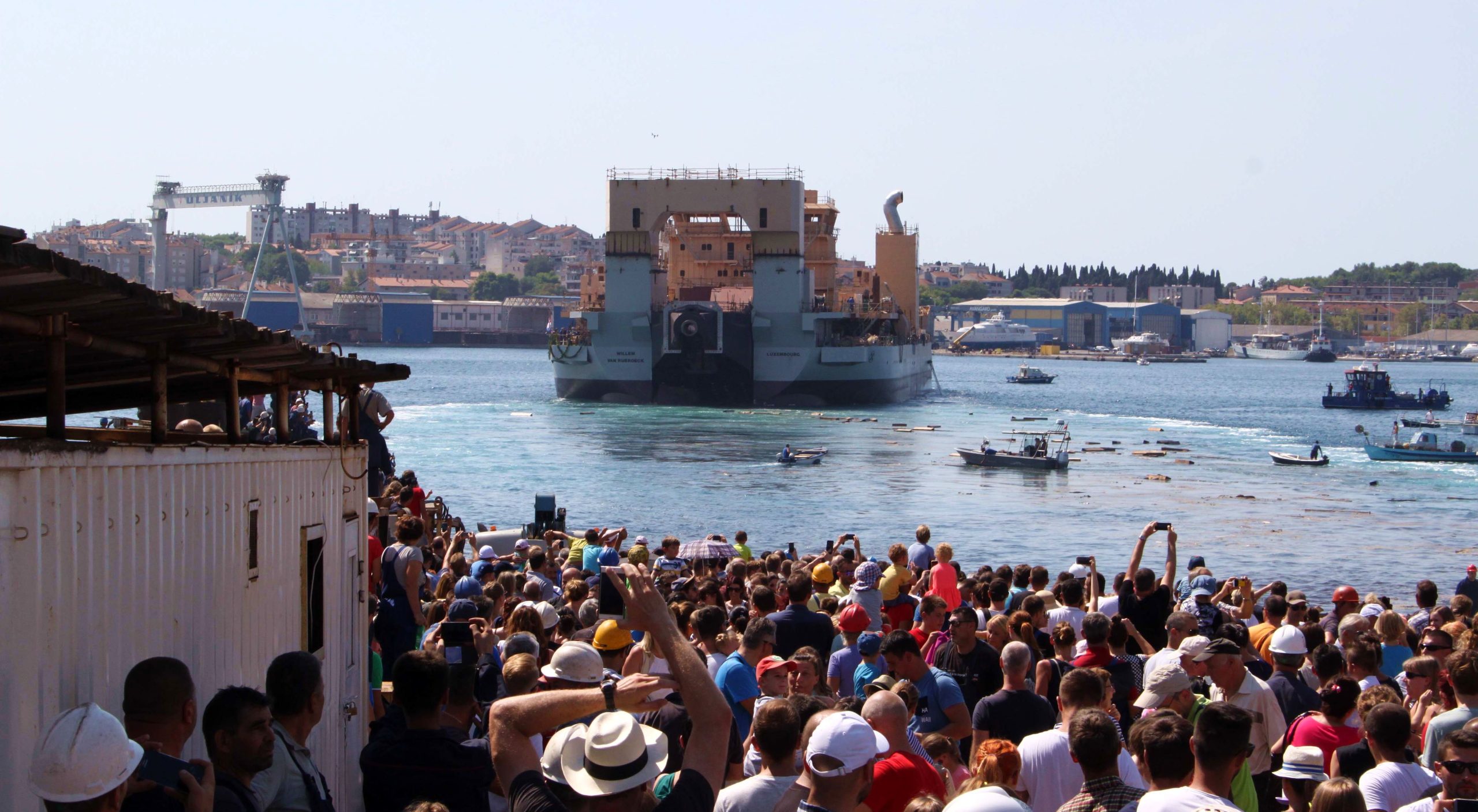 The launch of the world’s most powerful dredger in Pula (Photo: Uljanik)

“This vessel, the world’s most powerful dredger, will have a cutter power of 8,500kW and it will be able to dredge compact sand, clay and rocks up to 45m deep, while the operation will be controlled from a central station and is almost completely automated. Also, it will be able to receive 67 crew members in a comfortable and high standard accommodation,” Uljanik said.

Uljanik said on Monday that they have also signed a deal with Norwegian company Nexans Subsea Operations to build a cable laying ship. That ship will be 149.9 metres long and 31 metres wide.