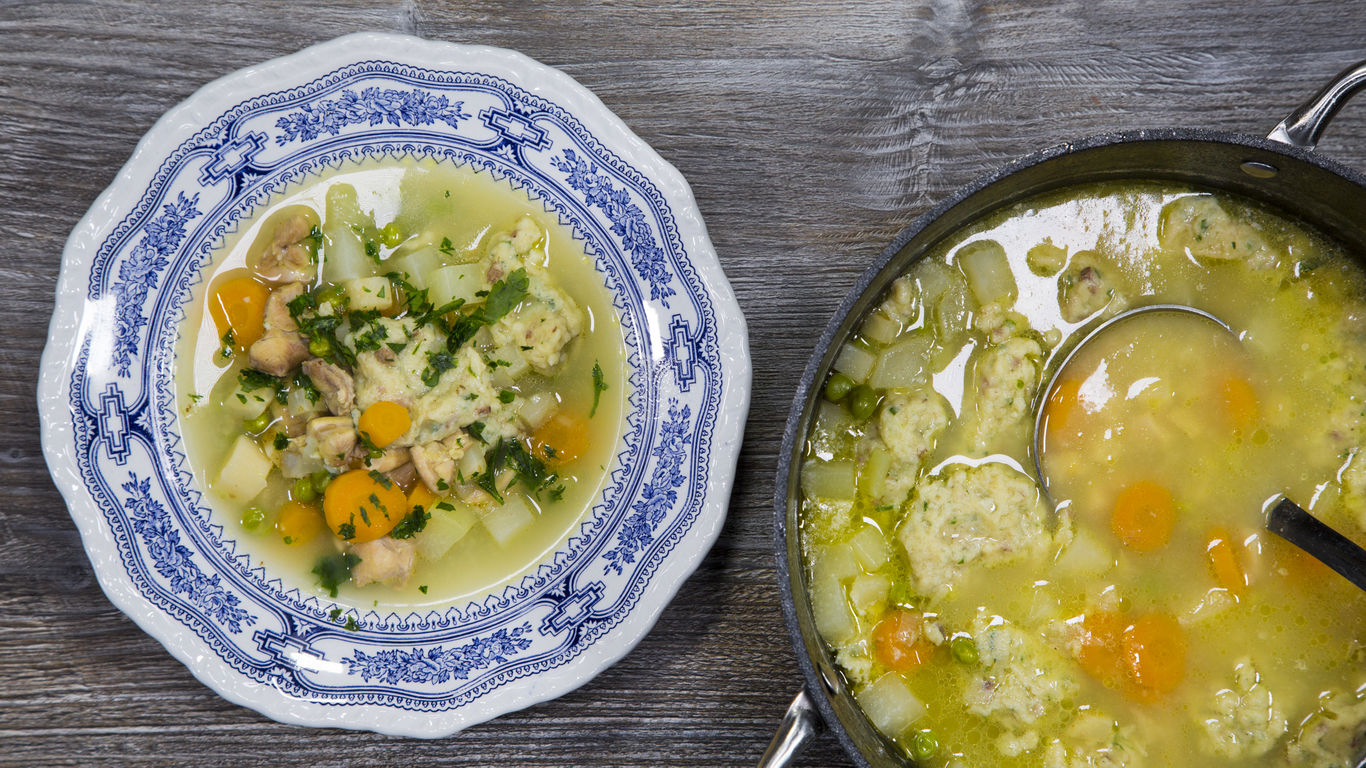 A hearty chicken soup is amongst the top globally recognized comfort foods. And since continental Croatia is no exception to this gastronomic tradition, I would like to pay homage to the simple, yet beloved local variety of this dish known as Ajngemahtec AKA Ujušak. And to one particular cook, whose name and face remain unbeknownst to me, despite the fact that, for many years, she has been my culinary comfort provider.

So if you happen to be in Zagreb on any given Saturday, there is no better Ujušak to savour than that of my anonymous cook at Vallis Aurea, a traditional Croatian restaurant, which lies just feet away from the city’s prominent landmark – the Funicular.

If I’d have to guess, I would say that Vallis Aurea’s Ujušak recipe has probably been in operation even before the funicular, which runs uninterrupted since 1890. And just as the funicular, the Ujušak has become, at least to me, the ever constant and never-changing symbol of Zagreb, its traditions and its colourful past. The restaurant is located under the funicular on the right-hand side (Photo: Roberta F under CC)

Whenever I stop by for a bowl, I find myself imagining that this exact same Ujušak was served at the family table of my unsung hero-cook’s great-grandmother, perhaps in some nearby village during a regular Sunday get-together.

And at this day and age, it is good to know that there is a place that uncompromisingly adheres to tradition when honouring our culinary past; a place that provides delightful refuge on days when the almost hysterical quest for new and exotic things, recipes included, seem like an exhausting trend.

Now, this comfort of savouring the Ujušak does not come without a bit of excitement. Namely, staying true to the dish’s original recipe, the chicken is cooked whole, left to simmer for hours in a delicious broth of unevenly chopped vegetables, until the flesh, but also part of the bones, are well disintegrated. And while this is what gives the soup its recognizable rich aroma, the small bone particles are a serious source of hazard that I would not recommend serving to your children.

In fact, if served in the States, a huge disclaimer would probably be a mandatory supplement to this meal. If you want to safely enjoy the Ujušak, however, a certain amount of caution must be taken with every spoonful.

But this is part of the Ujušak’s charm – it forces you to slow down the pace, and fully concentrate on what’s in front of you. The risk is comparable to that of eating the Fugu-fish in Japan, only in this instance, safety precautions must be taken at the opposite end of the cooking counter. 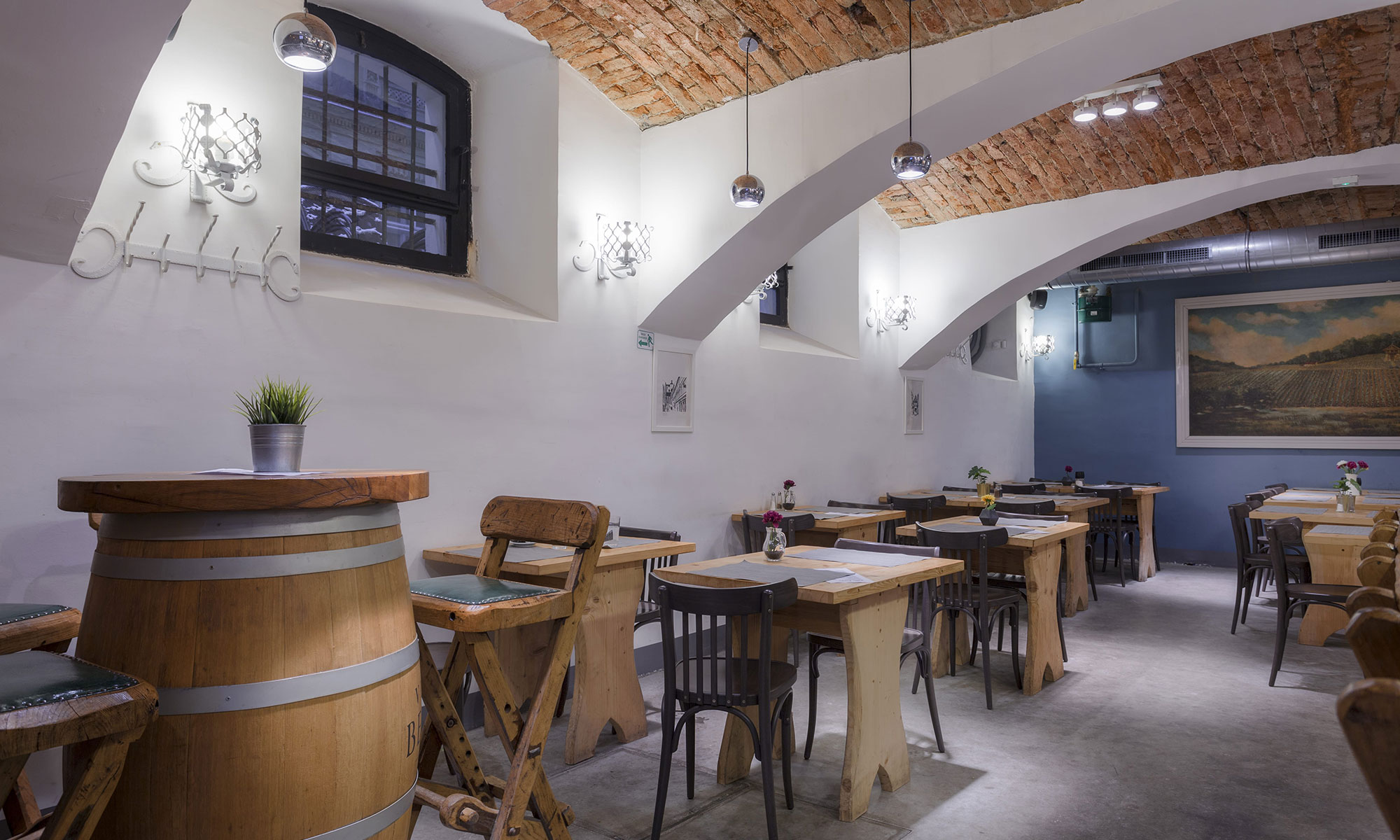 And if the good fortune of being in Zagreb on a Saturday has somehow evaded you, here is the family recipe handed down to me by my mother. Although, to her dismay (sorry mom!), this Ajngemahtec/Ujušak falls slightly short of the Vallis Aurea one…and I’ve never really figured out why.

Chop the onion and simmer on low heat until sweet and yellow.

Add chopped meat and simmer on all sides until brownish.

Add chopped kohlrabi, celery root & carrots, and simmer with a closed lid until veggies soften. If necessary, add a bit of water.

Add chopped parsley, cauliflower, green peas and hot water and leave to simmer for about 30 minutes.

While the soup is simmering, make the “noklice” (dumplings): mix 1 egg, 3 spoons of flour, a few drops of oil, and a pinch of salt (the consistency of the dough should be medium, falling from a spoon in batches).

When the soup is ready, immerse a teaspoon in boiling water and hold for a few seconds. Use the hot spoon to scoop the dough into the soup, one teaspoonful at a time.

Leave to simmer for a few minutes.